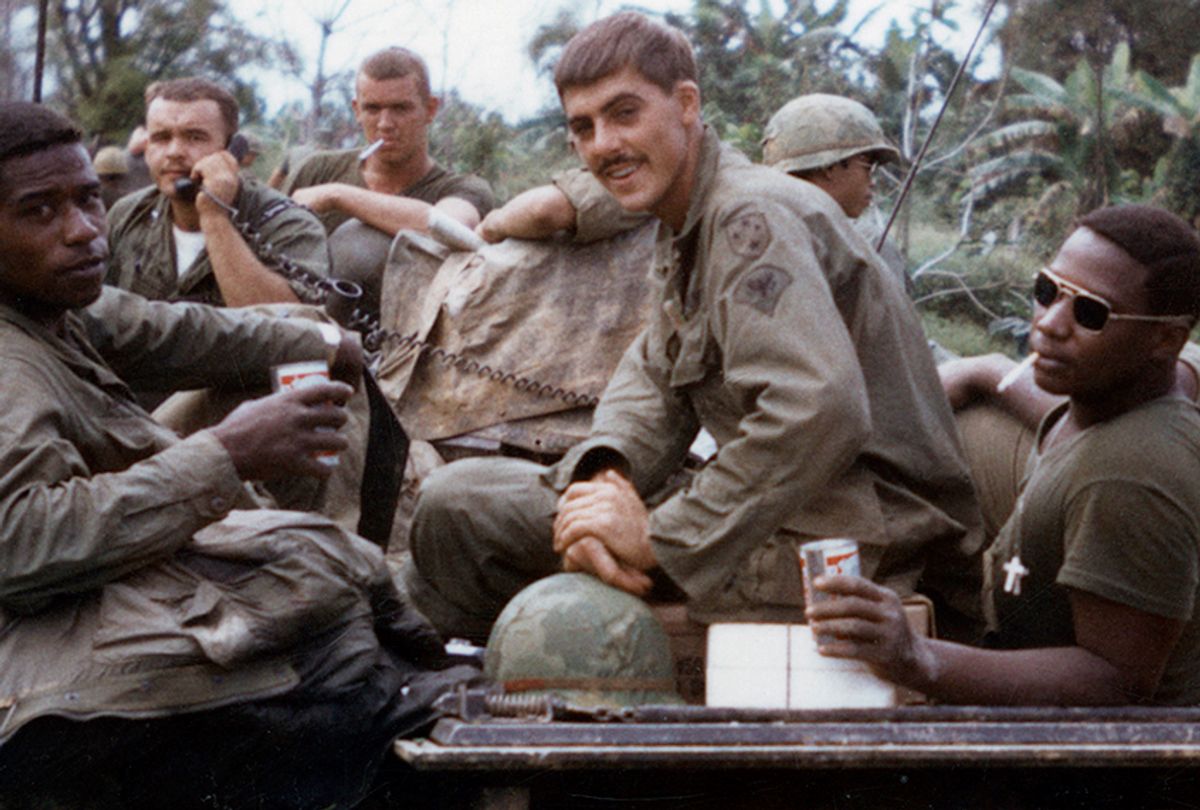 Documentarians Ken Burns and Lynn Novick are premiere talents in a field that shapes cultural dialogue in the moment by illuminating forgotten corners of history. But as time passes and each work recedes, it’s a job that appears to be thankless.

Burns' ever-expanding collection of awards he’s won over the years for his documentary films and series indicate otherwise: “The Civil War” alone netted more than 40 awards, including two Emmys and a Peabody. "Baseball," "Jazz," "The War," "The National Parks: America's Best Idea," all of these series are standard-setting non-fiction films. Each is a weighty, solid historical document.

Nevertheless, when it comes to projects such as “The Vietnam War,” airing Sundays through Thursdays at 8p.m. on PBS member stations, there is a sense that Burns and Novick are engaged in a losing battle. "The Vietnam War" required 10 years of meticulous construction and painstaking detailing of the same kinds of strife we’re witnessing today. Both the show and our current news cycle evidence the kind of failed strategies, mistakes and errors from which humankind stubbornly refuses to learn.

Part of the reason for this, as Burns and Novick explained in a recent interview, is that people forget.

“The Vietnam War” serves that purpose for today’s audience, although the multiple parallels between the contentious political and social climate of that era and the one in which we’re currently embroiled is coincidental. Burns and Novick began collaborating on the series in 2006, long before the rise of Donald Trump or Barack Obama’s first presidential term. But even at that juncture, Novick felt that the Vietnam War was right below the surface of public discourse.

"That was two years after the 2004 election, in which conflicting Vietnam narratives were at the core of what happened with the questions about [former Senator] John Kerry's record and how it became kind of centrally important,” Novick recalled. "And then we look at 2008: John McCain is a Vietnam veteran, and his narrative is also part of that story. It's just there in the background, but not very far in the background. Whatever moment we would be in, Vietnam would still be important, probably because it's unprocessed trauma for our country, and misunderstood."

Another reason for its relevance is that Vietnam, like World War II, has been so absorbed and repackaged by popular culture that much of what we know is incomplete and in some corners, mythologized.

"What really gave us urgency was the way in which this complex event had been so simplified and calcified into conventional wisdom that it was sort of almost impossible to dislodge it," Burns explained. "And it seemed also, as a toxic byproduct, to be contributing continually to this disunion, this sort of polarization, this lack of ability to have a civil discourse. So what if you could unfreeze it, thaw it out a little bit, expand it and tell a more complicated story?"

Sunday’s episode of "The Vietnam War," titled "Things Fall Apart," may be the most tenacious grind of the entire series. It covers a short span of time, January 1968 through July 1968, but details how those seven months left a savage scar from which we’ve yet to recover.

With "The Vietnam War," Burns and Novick take advantage of an opportunity not available in their previous examinations of wars: the ability to interview survivors from opposing sides of the conflict, Vietnamese and Americans, civilians and soldiers, deserters, draft-dodgers and protestors alike.

"One does not want these subjects to be abstracted where it's just the subject of historians," Burns said. "You want to be able to get at experience unmediated by the fact that they're long dead and all that's left is a journal or a letter or something like that. Those are effective, and you use the tools you have, but how wonderful it is in this moment to hear from a gold star mother, or to hear from a soldier in battle, or to hear the enemy on the other side of the hedgerow who's been firing at him. And in some cases we have the [South Vietnamese Army] guy, the U.S. advisor, and the Viet Cong guy, and we've got a battle. It's all completely triangulated. And that's where you rescue memory."

Augmenting these accounts is vast trove of film footage and thousands of still photographs that were made accessible to the filmmakers, including never-before-seen footage from Vietnamese government archives.

By her count, senior producer Sarah Botstein says that the 2,000 still images in the film are part of a log that includes more than 20,000 images, which itself was winnowed down from a selection nearly five times as large. And that tally refers only to the photographs.

We have [a certain] number of hours of footage that ended up in the film, but there are thousands of hours of material that we actually logged and looked through," she said. "Of the 120 licensed songs . . . we had 1,000 in the system. “It's a distillation but making sure we also understand the whole landscape."

Distilled though this information may be, it all amounts to 18 hours of artfully edited content that joins the accounts of the 79 subjects interviewed to a stunning original score and the rock, R&B and soul music that defines the late ’60s and early ’70s. As a subject describes the vision of an explosion turning the world from light to blackness in an instant, we don’t have to imagine what he’s talking about. "The Vietnam War" shows the audience exactly what he’s saying.

"To incorporate Vietnamese perspectives and Vietnamese-American perspectives is another layer of just asking who are we as a human race, who are we as Americans, whose story matters. These are central, sort of underlying questions that we were dealing with," Burns said. "Just to include the whole range of American experience and try to understand a very complicated war that usually has people in their own fixed silos, absolutely convinced of the certainty of their position. Seeing that, particularly in war, more than one truth can obtain at any given time."

And this marriage of archival video, extraordinary audio and sensitively edited interviews enables Burns and Novick to make a few stylistic leaps in the execution of "The Vietnam War," where previous subjects and their accompaniment of available media may have proven restrictive.

As well, "The Vietnam War" includes new scholarship concerning Richard Nixon’s reaching out to the South Vietnamese to benefit his presidential campaign "It is an amazing thing and we got the tapes," Burns said.

In wading through reams of documentation and hours of testimonials from historians and the people who lived the history he studies, Burns has come to understand that the aphorism about history repeating is inaccurate.

"Our job is never ever once to put any kind of arrow into the film, saying, 'Isn't it so much like today?’ We know it's always so much like today, because human nature never changes," he said. "That's why you can initiate the Emancipation Proclamation and things don't really change very much."

Novick seconds this, recalling an observation made by Vietnamese-American writer Viet Thanh Nguyen in his book "Nothing Ever Dies: Vietnam and the Memory of War."

"He says, 'All wars are fought twice, on the battlefield and in our memory,'" she said. "And there's sort of a collective memory and then there's individual memory. In the intersection of those two is where we're doing our serious work."