Trump lashes out at McCain on health care vote 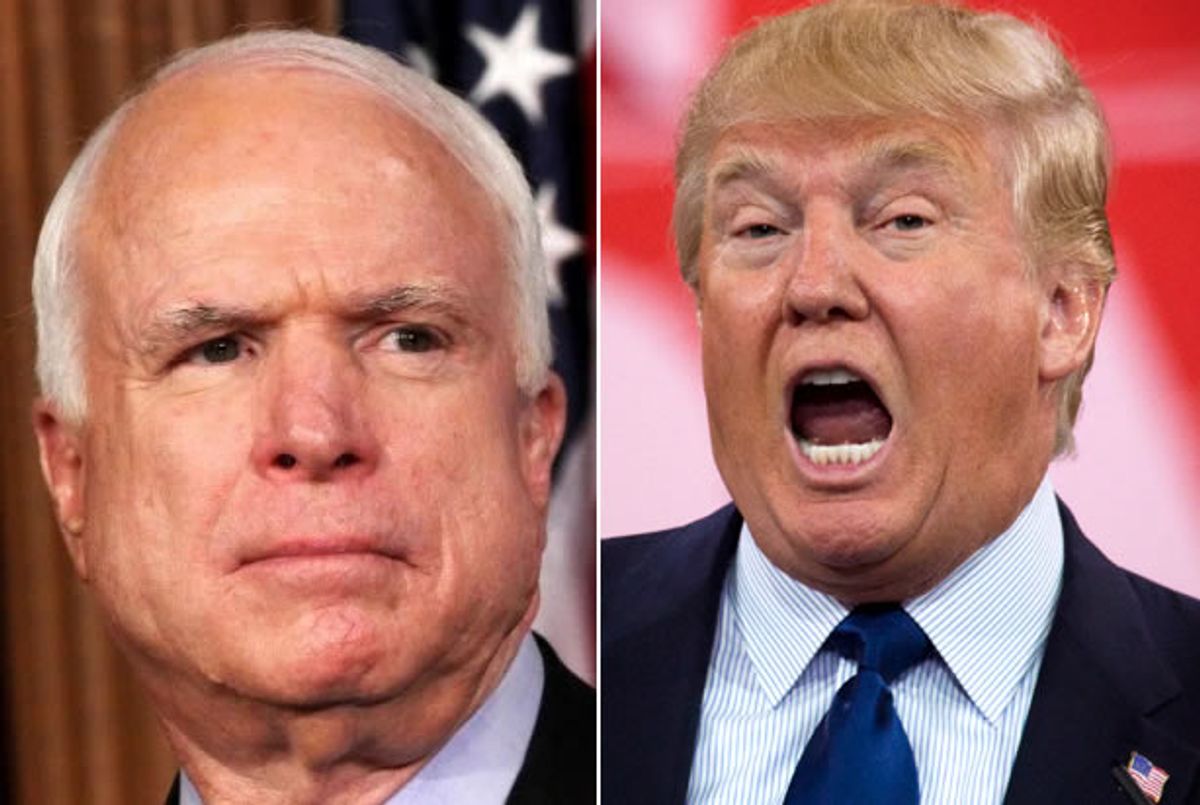 President Donald Trump lashed out at Sen. John McCain R-Ariz., on Friday night during his unhinged rally in Alabama, and again on Twitter the next morning, after the senator said he would not vote in favor of the latest Senate Republican health care bill.

McCain's decision came on Friday afternoon, and it delivered a decisive blow that all but ended the president's hopes to repeal and replace the Affordable Care Act, known as Obamacare. The bill, co-authored by Sens. Lindsey Graham R-S.C., and Bill Cassidy R-La., was expected to be voted on next week.

"I cannot in good conscience vote for the Graham-Cassidy proposal. I believe we could do better working together, Republicans and Democrats, and have not yet really tried," McCain said. At the end of July, the Arizona senator also voted against the previous attempt Senate Republicans made to repeal the current health law, and effectively ended its hopes of landing on Trump's desk.

Trump made it quite clear that he wasn't pleased.

"Terrible, honestly, terrible," Trump said on Friday night regarding McCain's previous "no" vote, the New York Times reported. "That was a totally unexpected thing." The crowd roared with boos, in agreement with the president.

Early on Saturday morning, Trump further aired his frustration in a series of tweets to McCain.

"John McCain never had any intention of voting for this Bill, which his Governor loves. He campaigned on Repeal & Replace. Let Arizona down!" Trump tweeted.

John McCain never had any intention of voting for this Bill, which his Governor loves. He campaigned on Repeal & Replace. Let Arizona down!

"Arizona had a 116% increase in ObamaCare premiums last year, with deductibles very high. Chuck Schumer sold John McCain a bill of goods. Sad," he wrote in a second tweet.

"Large Block Grants to States is a good thing to do. Better control & management. Great for Arizona. McCain let his best friend L.G. down!" he added in another tweet, referencing Graham and McCain's close friendship.

McCain's decision to vote against Graham-Cassidy likely ends any chance of Obamacare's repeal efforts for the year. Special budget rules expire on Sept. 30, which means Senate Republicans would have to whip up 60 votes in order to pass a new health bill.