Turkey is on the brink of a chaotic battle for territory

ISIS isn't the main threat this time. This isn't a battle for regime change 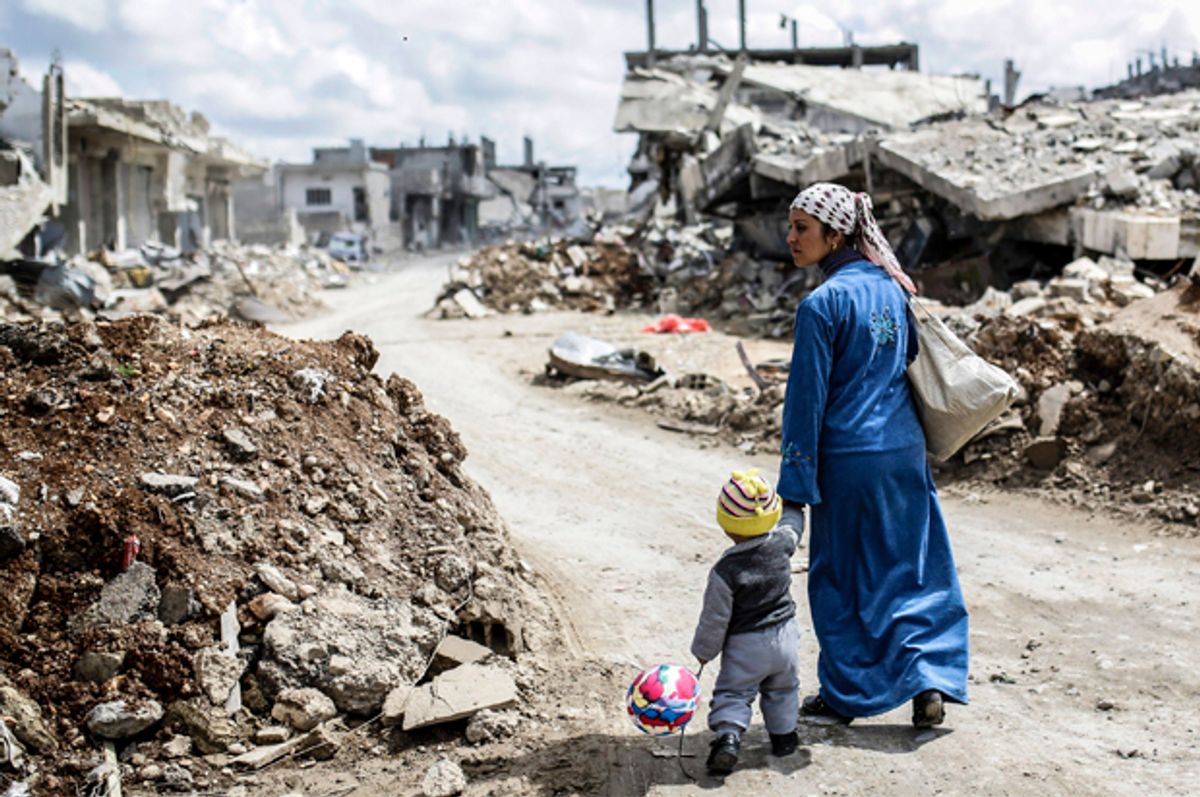 A senior Turkish military officer, sitting near the Turkey-Syria border, tells me that his troops are alert and ready for action. Commando units and heavy artillery have moved to the border in Turkey’s Reyhanli district and they have been conducting military exercises in Turkey’s eastern region area near Sirnak. The target is not ISIS, which has suffered serious defeats in both Iraq and Syria. Other dilemmas lie before Turkey’s leadership.

Two messages are being delivered, said the Turkish military officer.

The first has to do with the anticipated Battle for Idlib.

The Turkish army build-up in Reyhanli sends a message to the rebels in Idlib province (Syria), where the Turkish proxies and the al-Qaeda groups have sheltered in anticipation of a large-scale Syrian army operation. Idlib is the last stronghold of the rebellion against the Syrian government of Bashar al-Assad. Rebels elsewhere seem to have lost their determination, as their outside backers have turned away from them and as US air strikes against Damascus seem improbable. Saudi Arabia, Qatar and the other Gulf Arab states seem to have lost interest in the Syrian war. Even the Saudi regime has been making noises about a domestic crackdown against the anti-Assad clergy inside the kingdom.

Last week, in Astana (Kazakhstan), Iran, Russia, Syria and Turkey agreed to a variety of ‘de-escalation zones’ in Idlib to prevent any hasty military action that would restart a war that seems to be coming to an end. These ‘de-escalation zones’ are intended to produce the confidence for peace talks. Turkey’s troops on the border north of Idlib provide some security guarantees to the various rebels towards talks.

The second has to do with the Iraqi Kurdish referendum.

The Turkish military exercise near Sirnak, which is towards the Turkish-Iraqi border, sends a strong message to the Iraqi Kurds. On September 25, the Iraqi Kurdish population will go to the polls to vote on an independence referendum. There is some likelihood that the Iraqi Kurds will vote to secede from Iraq. Turkey has warned that this referendum could open up new armed conflict in the region. For instance, there are already noises in Baghdad for its military to intervene if the Iraqi Kurds try to go ahead with the break-up of Iraq. Last week, the Iraqi government authorized the Prime Minister to ‘take all measures’ to protect the unity of Iraq. It does not help that oil is at the center of this dilemma. About a tenth of Iraq’s oil is in the Kurdish region.

Turkish forces – joined by its Syrian proxies – went toward the town of al-Bab and cut off the SDF advance. The Turkish forces took many hits and did not function as expected. That SDF forces have been integral to the US war against ISIS in Raqqa has meant that the Turkish forces could not pursue combat against the Syrian Kurds. They withdrew back across the border, their point made.

No Kurdish independence would be allowed in Syria. Nor now will they allow any such development in Iraq. Turkey’s defense minister Nurettin Canikli warned last week that "the disruption of Syria and Iraq’s territorial integrity will ignite a bigger, global conflict with an unseen end." Turkey had cared little about Syria’s territorial integrity when it backed the rebels – including the al-Qaeda forces – when they assaulted Syria from across Turkey’s borders. But now, as the potential break-up of Syria threatens Turkey with Kurdish independence not only in Syria but also in Iraq, Ankara has been singing a new tune. The concept of ‘sovereignty’ is back on the table.

The Turkish army’s military drill near the Iraqi border has its tanks pointing their guns towards the Kurdish territories. Further along the border, north of the SDF forces, Turkey’s army points its guns towards them. On Friday, the Turkish cabinet will meet to discuss possible moves in the region. No question that Turkey is prepared to intervene both into Iraq and Syria if the Kurdish forces in either decide to declare an independent state.

The Battle for Idlib

The Turkish military officer suggested that the Turkish troops on the Syrian border are merely there to guarantee the ‘de-escalation zones’ in Idlib province (Syria). But there is more to this than meets the eye. In Idlib, the al-Qaeda group Hay’at Tahrir al-Sham (HTS) has suggested that it would not like to either wait for the Syrian forces to begin the battle nor would it like to do a peace agreement with Damascus. A final battle on its own terms is what the HTS leadership desires. On Tuesday, the HTS fighters seized some government-held villages in northern Hama province. Syrian and Russian aircraft struck with force against HTS targets, killing six civilians. Imad al-Din Mujahed, a spokesperson for HTS, said that the al-Qaeda group would use all means to break the Astana agreements for a ‘de-escalation zone.’

Turkey has been coaching the Free Syrian Army forces near Idlib to prepare for an assault on the HTS. The old backers of the HTS and its predecessor – Jabhat al-Nusra – are no longer at the Turkish border, flagging across logistical supplies and recruits. They have largely vanished. There are few CIA-looking men – white running shoes on – who used to mysteriously disappear when journalists arrived. It seems that the HTS is relatively isolated, feeling that its creators have abandoned it.

Turkey’s move is to supplant the HTS by its own friends in the newly refurbished Free Syrian Army. It is likely that the troop building-up is less to maintain the ‘de-escalation zones’ and more to embolden its allies when the battle for Idlib begins. It will be a race between the Turkish-backed Free Syrian Army and the Syrian government’s army. This is a battle for territory rather than for regime change.

Meanwhile, major strategic gains have been won by Iran. Turkey now sees Iran as a regional ally for stability, willing to concede that Iran will play an important role in both Iraq and Syria. The United States – despite President Donald Trump’s hyperventilation at the United Nations – has decided to come to terms with Iranian power in both Iraq and Syria. The closing of the US base in Zakaf – near the southeastern Syria-Iraq border – suggests that it is willing to allow Iran to eventually reopen the road from Iran to Damascus. Iran has been making public threats against the Iraqi Kurds, suggesting that it had blocked the Iraqi Popular Mobilization Units from attacking Kirkuk earlier this year but that it might not do so now. Iran’s hostility to the creation of an independent Iraqi Kurdistan unites it with Turkish apprehensions.