After Reagan and Trump, Republicans don't get to complain about liberal celebrities anymore 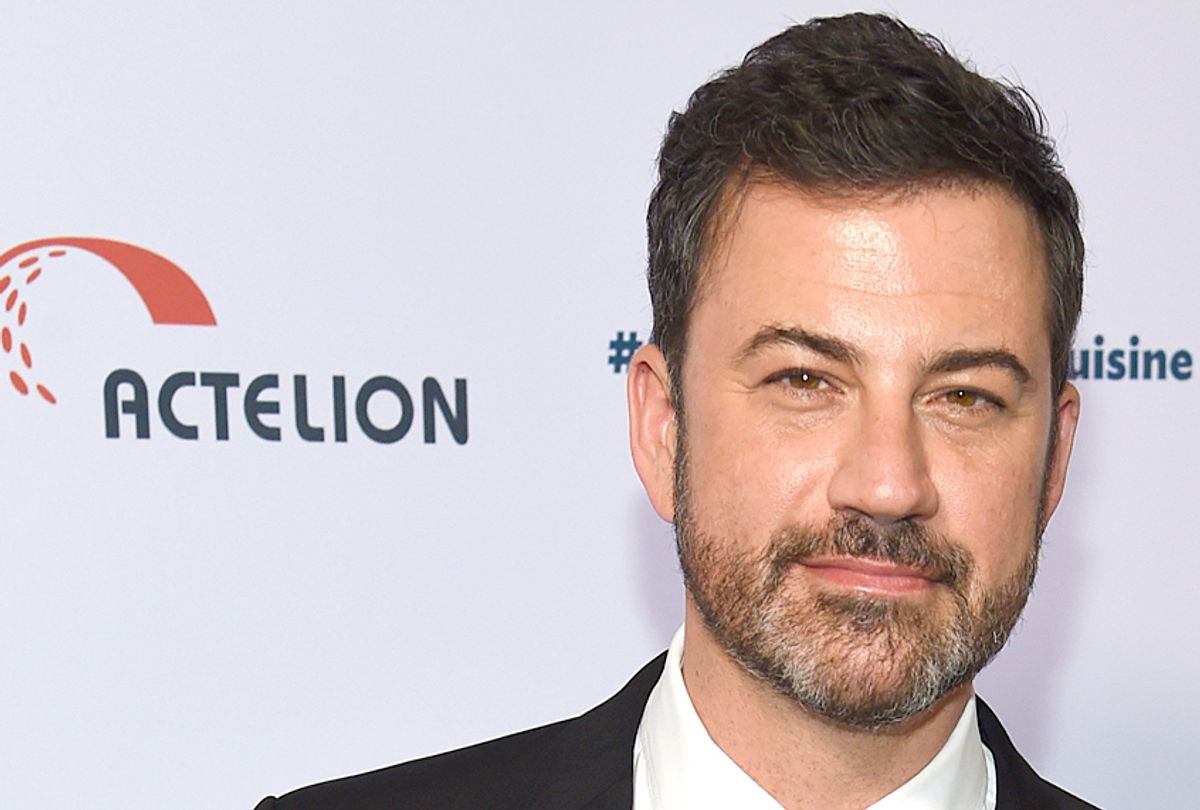 Conservatives are not allowed to complain about celebrities who promote left-wing agendas.

It's as simple as that.

Within the last forty years, the only two celebrities to be elected to the presidency — indeed, the first two presidents whose careers began as entertainers rather than statesmen, military leaders, adventurers or intellectuals — were Ronald Reagan and Donald Trump. Both hailed from the Republican Party's most conservative faction at the time they were nominated, and both did their utmost to push the nation to the right after being elected.

Of course, at least Reagan had the basic common sense to serve as Governor of California for two terms before seeking the White House. Trump went directly from his reality TV show to his presidential campaign.

You would think that these facts alone would silence conservatives whenever they try to denounce celebrities for pushing liberal positions. But as the reactions to Jimmy Kimmel and the NFL player protests indicate, Republicans won't allow a little hypocrisy from stifling one of their favorite talking points.

When Kimmel used his talk show to denounce the latest Republican effort to destroy Obamacare, Lifezette complained that "predictably, the liberal Hollywood masses herded around Kimmel and used him as their champion against the bill from Republicans." PJ Media tried to demean Kimmel and his call for compassion for the less fortunate by dismissively describing him as "a professional comedian by trade" who was "back on his soapbox." Even when Kimmel first talked about health care reform in May — on that occasion by describing his own heartbreaking experience nearly losing his newborn son due to a congenital heart issue — the Washington Examiner sneered, "This is why America hates Hollywood."

This anti-liberal celebrity assumption was present again in responses to the NFL protests that occurred on Sunday, as evidenced by tweets like these.

The Kimmel and NFL stories are the most prominent ones from the recent news cycle, but attacking liberal celebrities has been a popular right-wing tactic since the days when Senator Joe McCarthy tried to blackball Hollywood left-wingers by accusing them of being Communist double-agents. It is a tactic that seems to have gone into overdrive during the Trump era, from Republican celebrity Tim Allen complaining that conservatives get treated badly in Hollywood (even though his career is doing fine) to White House counselor Kellyanne Conway denouncing the Emmys' slamming of Trump on the grounds that it wasn't like the awards shows she used to watch as a child.

That last event, the right wing rage at the jokes made about Trump during the Emmys, deserves some closer inspection. Here is what Fox News host Sean Hannity had to say after the event.

"Leftist Hollywood elites smearing, slandering, besmirching the character of President Trump at the Emmys," Hannity said. "Now, take a look at just some of the comments from these overpaid, out of touch, pampered Hollywood liberals — and they're kind of dumb and hypocritical — including the host, Stephen Colbert."

Notice that, again and again, the logic here isn't that the celebrities are wrong because of specific ways in which they disagree with Trump's policies. No, the complaint used by Hannity is that there is something inherently wrong with celebrities having political opinions at all.

And yet we've had President Ronald Reagan. And President Donald Trump.

There have also been a plethora of other prominent Republican celebrities-turned-politicians, from Gov. Arnold Schwarzenegger of California to New York Rep. Jack Kemp (later a vice presidential candidate) and California Reps. Sonny Bono and Bob Dornan. There have been a handful of liberal ones as well, most notably Sen. Al Franken of Minnesota, as well as the occasional iconoclast like Gov. Jesse Ventura of Minnesota.

Yet the reason Reagan and Trump need to be singled out is that, well, they became president. Schwarzenegger and Ventura may have led individual states, and Kemp, Franken, Bono and Dornan may have influenced specific public policies in Congress, but Reagan and Trump have transformed our nation single-handedly.

The 1980s are colloquially known as the Reagan Era because his brand of conservative politics became so indelibly associated with the zeitgeist of that decade. While Trump may never earn a similar distinction, he has helped the disparate white supremacist and misogynistic political movements routinely categorized as the "alt right" receive mainstream acceptance by virtue of his election.

These aren't just celebrities who happened to express a controversial opinion here and there. No two celebrities in American history have ever had as much of a direct impact on our political life as Reagan and Trump. Their political significance, as a pair, outweighs the combined clout of every single celebrity in Hollywood and the NFL combined.

So the next time you hear someone try to discredit a Hollywood or NFL liberal by saying that celebrities shouldn't butt into politics, just mention the names Ronald and Donald.