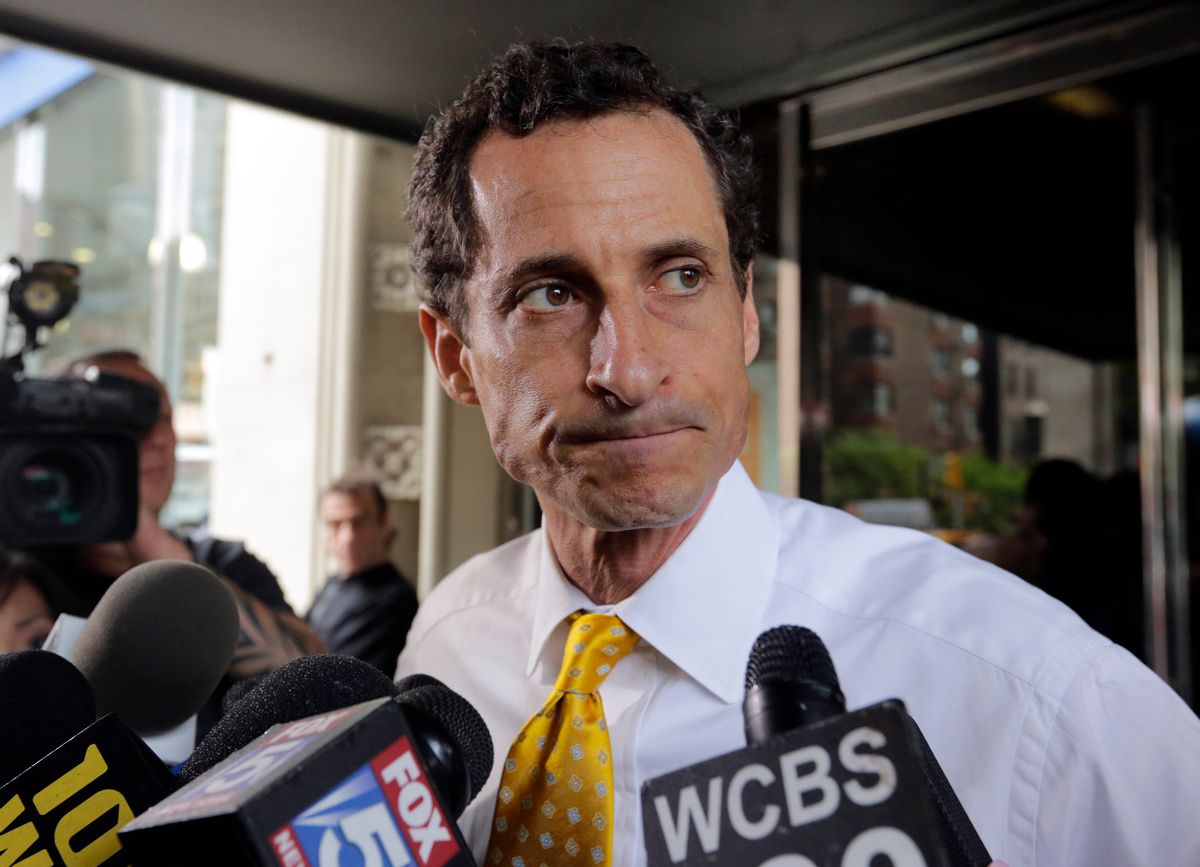 Former New York Rep. Anthony Weiner, whose political career was derailed by multiple sexting scandals, has been sentenced to 21 months in prison after he admitted to sending lewd messages to a 15-year-old girl. He will also be under supervised release for three years.

Weiner used Skype and Snapchat to have illicit conversations, according to McClatchy.

The sentence also closes the book on a chapter of American history that may have led to President Donald Trump.

As The Washington Post noted, Weiner was front-and-center in the days before the election.

During the investigation into Weiner's conversations with a minor, investigators zeroed in on a computer Weiner shared with wife, Huma Abedin, a close aide to Hillary Clinton. On that computer, the FBI found what it said were emails that could be important in its closed case against Hillary Clinton and her email habits. That claim, CNN noted, was grossly overstated:

The FBI confirmed the distinction in its letter Tuesday, which read: "Although we do not know the exact numbers, based on its investigation, the FBI believes it is reasonable to conclude that most of the emails found on Mr. Weiner's laptop computer related to the Clinton investigation occurred as a result of a backup of personal electronic devices, with a small number a result of manual forwarding by Ms. Abedin to Mr. Weiner."

In May, when former FBI Director James Comey testified before Congress, he said that the fallout from his decision to make a vague announcement about the investigation — that it may have encouraged enough voters to either switch from Clinton to Trump, not vote for Clinton or to vote for Trump — made him "mildly nauseous."