The odds of passage for the GOP's latest health bill are dwindling, as more and more groups come out against it 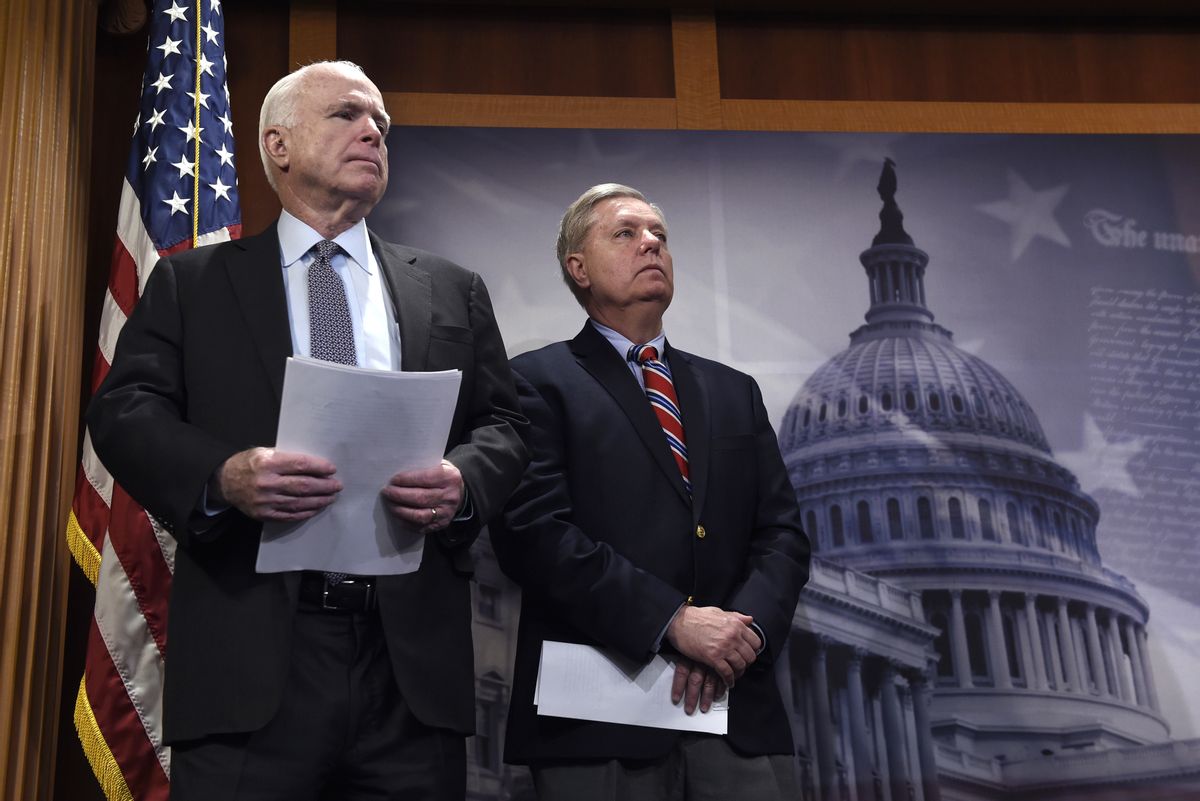 In order for the Graham-Cassidy health care bill — the GOP's latest version of an Obamacare repeal — to pass in the Senate, they'll need all the support they can get.

This has made Monday a particularly difficult news cycle for them.

A number of groups have come out against the bill. The Board of Directors of the National Association of Medicaid Directors (NAMD) said in a statement that they were "concerned that this legislation would undermine these efforts in many states and fail to deliver on our collective goal of an improved health care system." They identified several flaws in the Graham-Cassidy bill, including its restructuring of the Medicaid program's financing, the requirement that states operationalize the block grant component and the fact that the bill would need to be passed without full analyses from the Congressional Budget Office and other organizations that could thoroughly assess its impact.

From the right, the bill continues to be opposed by Sen. Rand Paul of Kentucky, according to the Associated Press. In an email to the wire service, Paul's spokesman explained that the senator would only support the bill if it significantly reduced the $1 trillion in spending allocated by the Affordable Care Act, stopped requiring insurance companies to cover specific medical services and established "association" health plans that consumers would be allowed to join to pay lower prices.

Paul was joined by Sen. Ted Cruz among his party's conservatives who oppose the new bill. From the more moderate wing of the GOP, Sen. Susan Collins of Maine said that she has "very serious reservations" about the bill, while Sen. John McCain of Arizona has said he will oppose it. Sen. Lisa Murkowski of Alaska was also leaning in that direction, according to CNN.

In order for Republicans to pass the bill, they can afford no fewer than two defections from their own ranks. This may explain why new versions of the bill redirect more money toward Alaska, Arizona, Kentucky and Maine, according to Axios.