John Oliver takes on oligarchies, including his own parent company 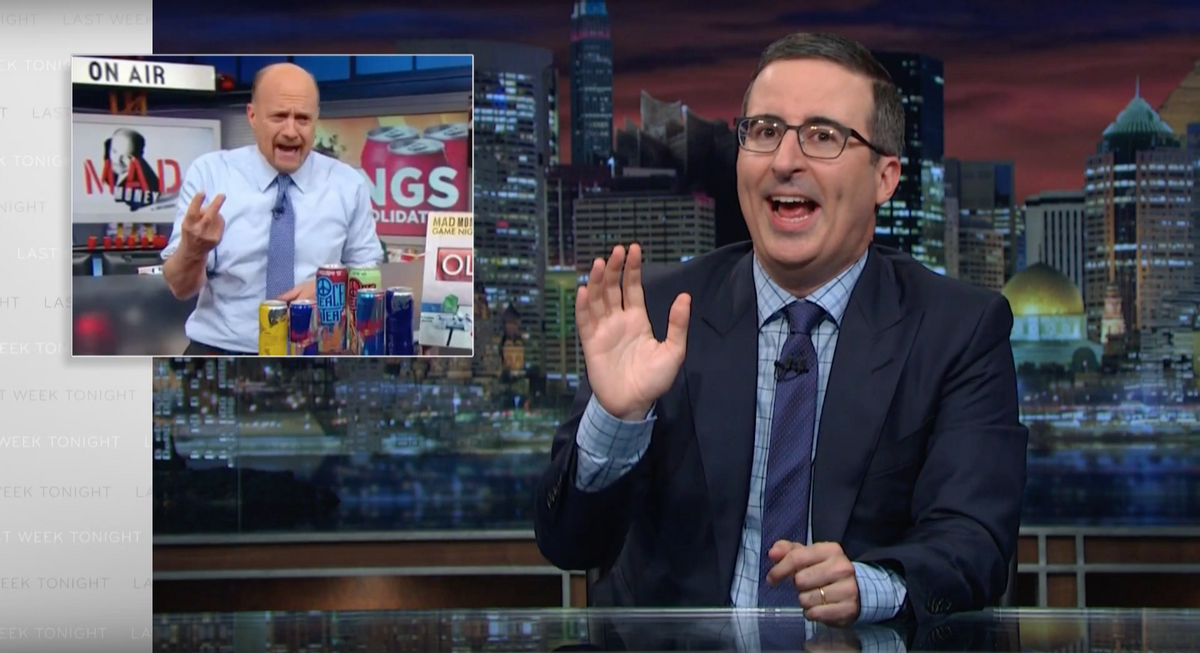 Every politician insists that small businesses are the backbone of the U.S. economy. But when it comes to fair competition, there is not nearly enough regulation to prevent gratuitous corporate consolidation. Luckily for America, "Last Week Tonight" host John Oliver explained why the lack of corporate competition is hurting consumers, even taking a shot or two at his own corporate employer in the process.

From the airline industry to beer distributors, much of the economy is dominated by two or three corporations in their respective industries. Take, for example the cable companies:

"Full disclosure here, even our own parent company, Time Warner, is currently trying to merge with AT&T, which makes this story a little dangerous for us to do," Oliver said Sunday night. "That is, presuming that AT&T executives manage to get their shitty service working long enough to see it."

When he wasn't making fun of his parent company, Oliver clarified how oligarchies allow businesses to create undesirable standards that hurt customers. Airlines, for example, are able to charge at least $25 for checking an extra bag, made possible because American Airlines started to do it and its competitors followed suit.

"There is one more victim of consolidation and that is the products themselves. The best example of this is your cable box beneath your TV," Oliver said. "If you have one of those, you probably hate it because it is huge, it is glitchy and it may be one of your largest energy consuming items in your house, even when it is turned off."

"Cable companies have no real incentive to improve them," he added. "They are essentially regional monopolies. And again, they know you have nowhere else to go. And you can't even smash your cable box out of frustration because you are renting it and they will charge you hundreds of dollars if you don't give it back."

The "Last Week Tonight" crew then blew up a cable box, just to provide you some catharsis.