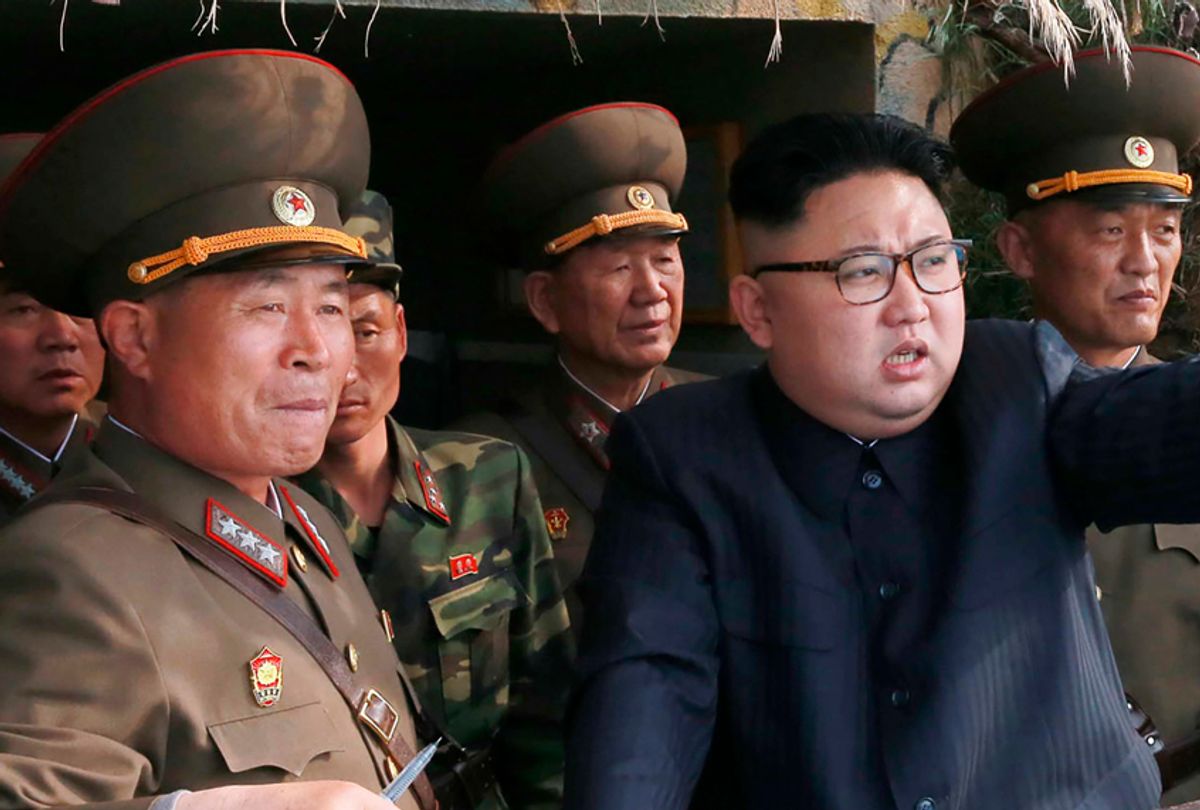 The tensions on the Korean peninsula are escalating, as the superheated war of words seems to be pushing the United States to the brink of war with North Korea.

The whole world should clearly remember it was the U.S. who first declared war on our country," Foreign Minister Ri Yong Ho told reporters in New York on Monday, according to Reuters.

“Since the United States declared war on our country, we will have every right to make countermeasures, including the right to shoot down United States strategic bombers even when they are not inside the airspace border of our country. The question of who won’t be around much longer will be answered then."

These remarks were in response to President Donald Trump's tweet Saturday, which was, itself, a response to Ri's remarks.

On Saturday, Ri accused of Trump "lacking of basic common knowledge and proper sentiment," criticized the president's use of the term "Rocket Man" in reference to Kim Jong Un and prophesied that Trump had "committed an irreversible mistake of making our rockets' visit to the entire U.S. mainland inevitable all the more."

He also described Trump as "a mentally deranged person full of megalomania and complacency" — a reference to Kim Jong Un's earlier statement that Trump was a "dotard."

While Trump is not handling the North Korean insults well, he is not the first president to described in a demeaning way by Kim Jong-Un's regime. After blaming President Barack Obama for disrupting their country's internet access in retaliation for the hacking controversy regarding "The Interview," the regime described the 44th president as a "monkey in a tropical forest."