Villanueva is now being held up as a hero for the right, but in truth he's embarrassed about it 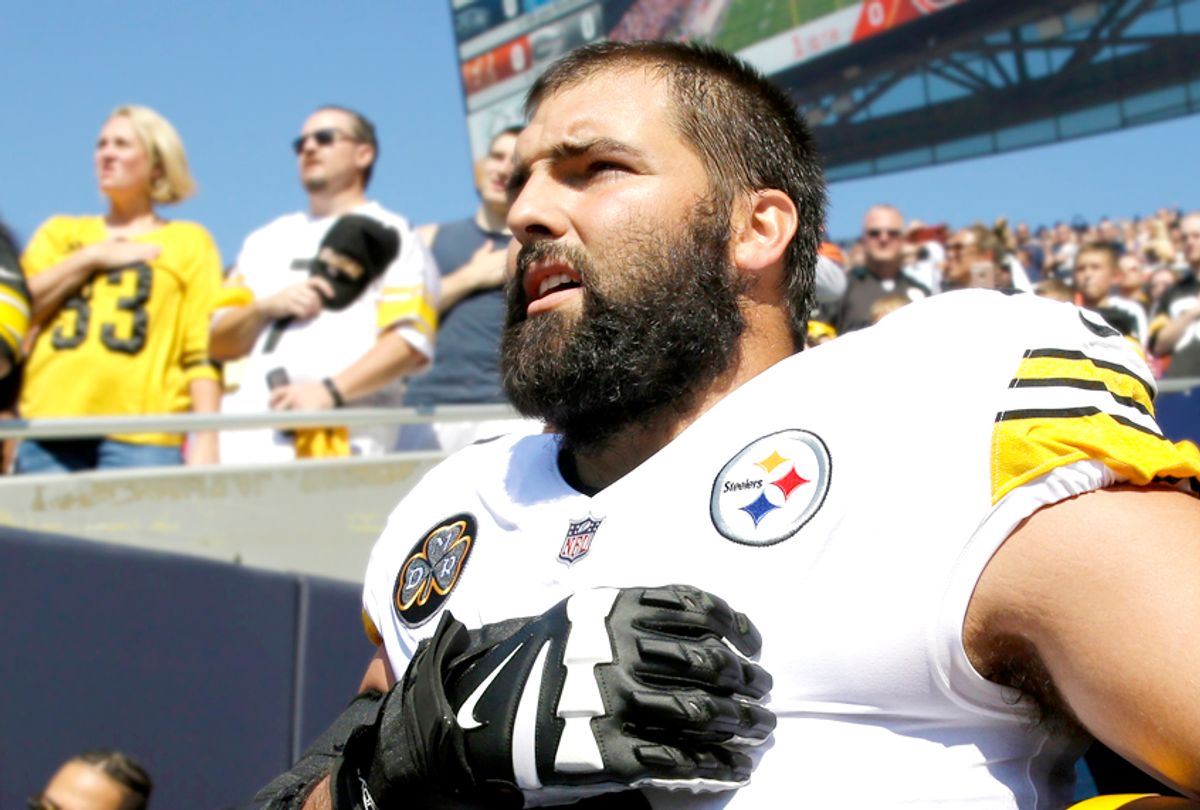 Pittsburg Steelers player Alejandro Villanueva made headlines as the only player on his team to stand for the national anthem Sunday, catapulting his popularity as a symbol for the right. Following that moment, Villanueva's jersey emerged as the best-selling on Fanatics (the largest sports merchandise retailer) in the last 24 hours, according to Bloomberg.

But for those like Fox News who are uplifting Villanueva as a "hero among cowards," the truth is, the offensive tackle and Army Veteran just feels "embarrassed."

"Unfortunately, I threw my teammates under the bus, unintentionally," Villanueva said at a press conference Monday, CBS Pittsburgh reported. "Every single time I see that picture of me, standing by myself, I feel embarrassed."

The rest of the Steelers stayed off the field during the anthem, per a team decision made ahead of the game, Villanueva said, and as a way to show a united front. "Coach Tomlin gave us the guidance that we had to do it all as one, so 100 percent, in whatever it is that we had to do," Villanueva said. "There was a disagreement in what we were going to do and the only course of action was to go inside and remove ourselves from the situation."

For Villanueva's fumble of the plan, he takes full responsibility. "I made coach Tomlin look bad, and that is my fault and my fault only," he said.

As conservatives go out to buy his jersey in droves, remember that Villanueva, an Army Veteran, has also supported the protests in the past. "People that are taking a knee are not saying anything negative about the military, they’re not saying anything negative about the flag," he said. "They’re just trying to protest the fact that there are some injustices in America."