Colin Kaepernick's jersey is still a top seller, benefitting a league that won't sign him

Despite the fact that he's unsigned, Kaepernick's jersey led the 49ers' sales from March to May 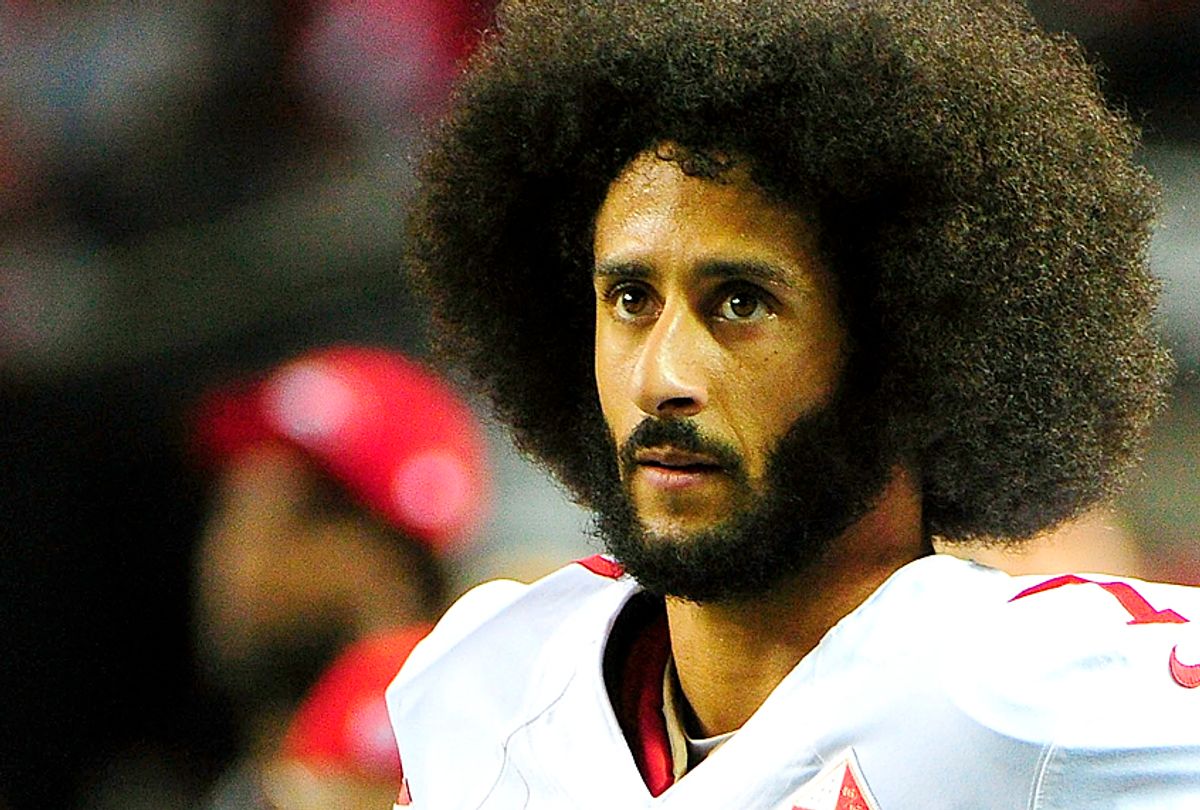 Former San Francisco 49ers quarterback Colin Kaepernick was placed under public scrutiny last season for his controversial decision to kneel during the national anthem in protest against racial inequality in America. After many headlines, much TV coverage and debate, Kaepernick ended up opting out of his contract with the 49ers. Despite a paucity of talent at his position, the quarterback is still waiting to be signed.

Despite that, Kaepernick still led the 49ers in jersey sales from March to May, according to Business Insider. It's a situation that sees licensing profits from the sale of items attached to his name and the popularity of his political positions going to a league that has rejected him because of his stance.

Since then, he has lost that lead, but regardless of not having a job, his protests have kept him in the limelight. His story has drawn attention to the reluctance to sign him in the NFL — a league in which Michael Vick was signed after abusing animals, and Adrian Peterson still plays after committing domestic abuse.

"Both the film and the statistics say that the Nevada product is good enough to be on an NFL roster,” reported Business Insider, “and his supporters believe he has been 'blackballed' by NFL owners who prefer inferior quarterbacks to the potential distraction of employing such a divisive player." But they also added that "His protests resonated with many who believe the NFL is doing too little to fight inequality."

While some took offense to his actions, saying they were disrespectful to the flag and our troops, others supported his decision to peacefully defend what he believes is right. Fans, players, coaches and managers weighed in on the issue.

But if making an impression was what he wanted, Kaepernick has certainly done so. In recent weeks, he won the NFL Players Association MVP, more players have started kneeling for the anthem and, as of August, he was the only player in the top 50 for merchandise sales that wasn’t on a team.

Exclusively on @gmfb -- Colin Kaepernick comes in at 39th on the @NFLPA official merchandise top 50 list. Only player not on a team.