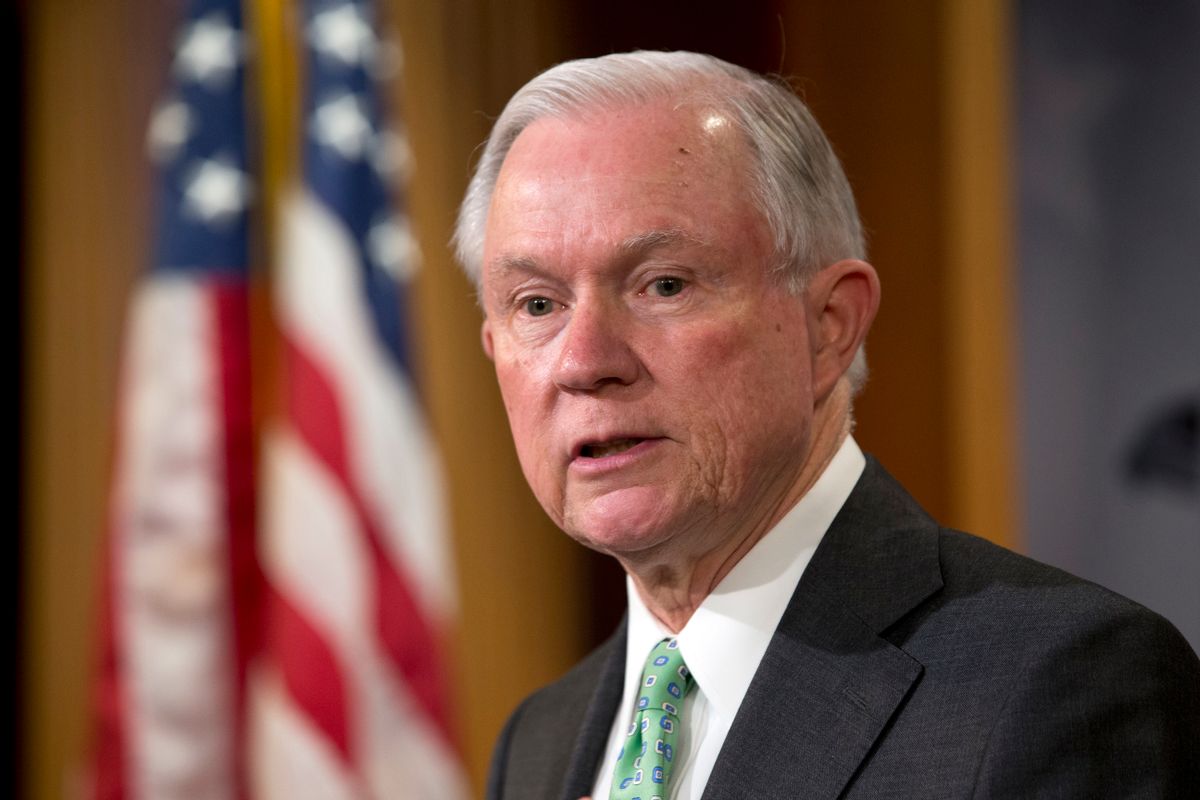 Attorney General Jeff Sessions may want to talk about campus free speech in his upcoming lecture at Georgetown University, but he apparently doesn't plan on practicing what he will preach.

More than 130 students who had planned on attending were informed on Monday that they had not been included on the invitation list, according to The Washington Post. The list was drawn up by the group hosting Sessions' appearance, the Georgetown Center for the Constitution at Georgetown Law.

According to an email to the Post by Georgetown student Lauren Phillips, those students had followed official channels but were later uninvited, with Phillips suspecting that their invitations were pulled so that Sessions would receive a sympathetic audience. Phillips also told the Post that school officials instructed the students to limit their protests to a designated "free speech zone" in a small area of the campus.

In addition to these complaints, Georgetown students have also objected to the fact that Sessions' speech was announced later than would normally be the case for a presidential Cabinet member.

The issue of campus free speech has been a hot button topic for conservatives in recent years. Protests against former Breitbart writer Milo Yiannopoulos at Berkeley and Charles Murray of Middlebury College, as well as the suppression of student journalist Kayla Schierbecker at the University of Missouri, have caused many on the right to accuse campus liberals of being overly sensitive and intolerant of dissenting opinions.

While it is unclear what Sessions will have to say on the subject, it is likely that he will echo those criticisms. This will make it all the more problematic if he goes out of his way to ensure that peaceful and non-disruptive criticisms against himself are excluded from the event.