"The Daily Show" host examines why the NFL took a knee on Sunday, in other words, "art of the kneel" 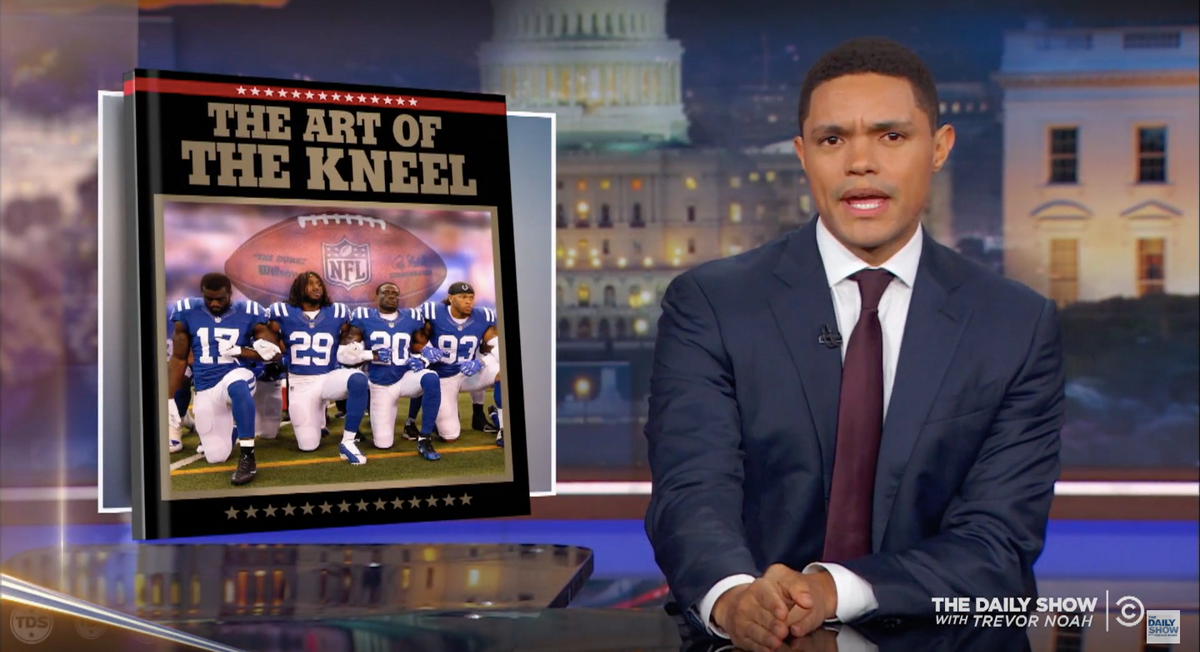 "The Daily Show" host Trevor Noah dedicated most of his monologue on Monday to the the recent wave of protests in the NFL, delivering one of the most scathing critiques yet of President Trump's stance on the issue.

“Just so we’re on the same page, when Nazis were protesting in Charlottesville, Trump said some of these were 'very fine people,'" Noah began. "But then when black football players protest peacefully by taking a knee during the anthem, he calls them ‘sons of bitches who should be fired?’ Now look, I don’t know if Trump is racist, but I do know he definitely prefers white people to black people. I could say that with confidence.”

The comedian then suggested that if Trump’s worry was over disrespecting the American flag, then the Confederate flag should “really piss him off.”

“That’s like waving a picture of your ex around,” Noah joked.

Noah clarified that up until last weekend the protests had nothing to do with the president, "nothing at all to do with Trump. He noted that Colin Kaepernick started kneeling back when former President Barack Obama was in office.

"This had nothing to do with Donald Trump," he said. "And luckily, to the NFL’s credit, they stood up to the Bully in Chief.”