Trump cozies up to Wall Street donors with $250,000-per-couple dinner

The president is making a mockery out of populism again, this time fund-raising at an elite NYC restaurant 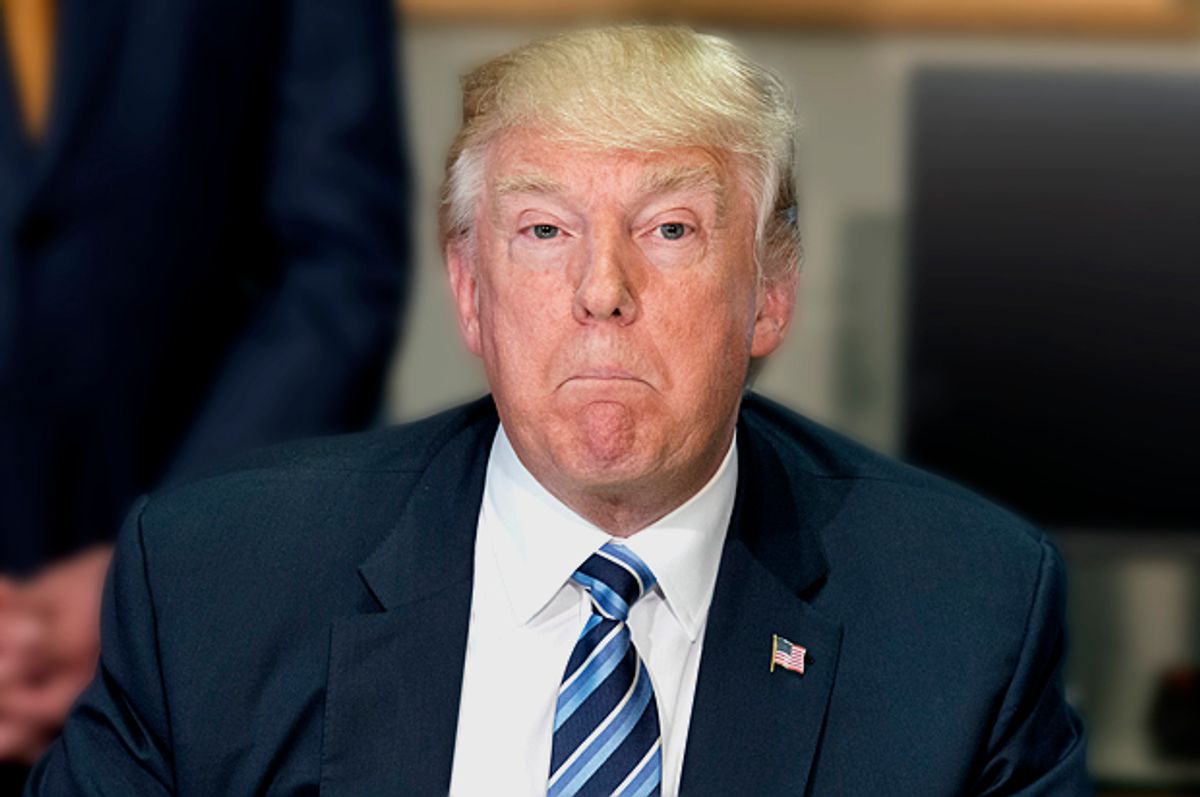 President Donald Trump will kowtow to New York's elites at a private dinner Tuesday, with donors willing to shell out up to $250,000 for an opportunity to sit next to the commander in chief. Some of the most prominent names in finance and real estate are set to attend the event at Manhattan's Le Cirque restaurant to raise money for the Republican National Committee — also known as the president's legal defense fund.

Donors will have the chance to fork up the big bucks for a "private roundtable" with the president, while others could pay $100,000 for "VIP access," Bloomberg reported. The minimum donation was $35,000, with roughly 150 people planning on gathering for the event.

The president was aggressively critical of any indication of pay-to-play politics from his campaign opponents, specifically Democrat Hillary Clinton. Despite his promises to drain the swamp in Washington, Trump seems to have taken pay-to-play politics to a whole new level. For example, many members of the Trump administration, up to 100, according to a USA Today estimate, were ex lobbyists.

Now the president seems eager to accept the money of coastal elites, even though he has masqueraded as a populist looking out for the common man. The Washington Post reported that donors expect to air their grievances with Trump about his stalled agenda on taxes and health care.

A report last week revealed that Trump used donations from both the Republican National Committee and his 2020 reelection campaign to cover the legal costs related to the probe into the Russia scandal. The Republican National Committee paid $131,250 to the law firm employing Jay Sekulow and $100,000 to the law firm employing John Down, according to CNN.

Trump will likely bring up his feud with the NFL, as he did at a private dinner at the White House on Monday, according to CNN.