Rick Pitino has been fired amid a bribery scandal. Will justice for NCAA players follow? 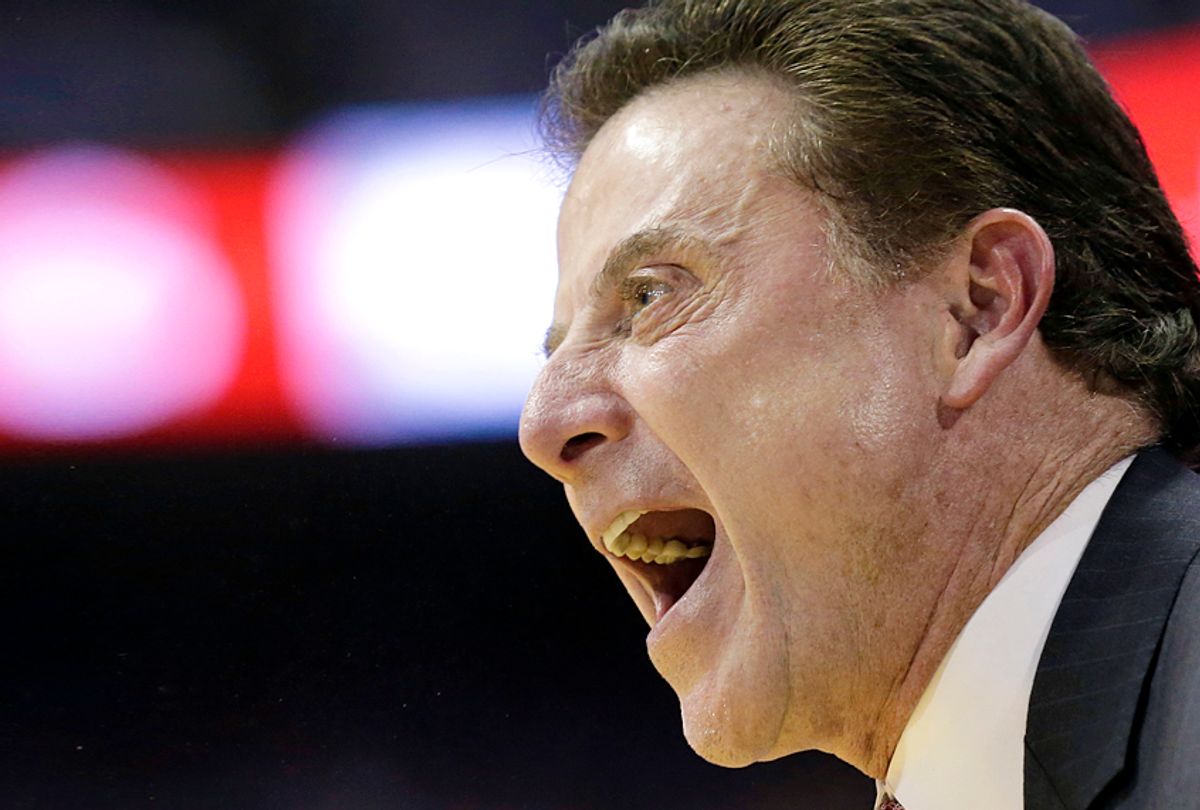 The scandal that rocked college basketball this week has brought down one of the most illustrious coaches in the game. University of Louisville placed Rick Pitino on unpaid administrative leave Wednesday, bringing his 16-year, championship-winning tenure to an end, according to ESPN.

On Tuesday, the FBI revealed its probe into a system of bribery and paybacks that seems to span much of top-tier college basketball, a probe has led to multiple criminal indictments. Four assistant coaches of major Division I programs were arrested, but Pitino was not mentioned in the federal indictment. Louisville had received official notice that it was under FBI investigation, according to CBS Sports.

As far as the FBI's latest investigation, federal prosecutors alleged that top high school recruits were bribed as much as $150,000 — with money supplied by Adidas — to attend schools.

While these investigations have immediate implications on the coaches involved, it's starting to feel as if the entire system of NCAA sports may have just reached a breaking point. College athletics has been corrupt since its inception, exploiting amateur athletes for a billion-dollar business. Universities, corporate sponsors and highly-paid coaches have relied on student athletes — predominantly black athletes — to bring in significant amounts of revenue for their own gain.

In a system where students can lose their scholarships for taking so much as a free lunch, college coaches at non-private schools are often the most highly paid public employees in their states. The multimillion-dollar boons for universities in the form of TV rights, apparel sales and free enrollment marketing is also lucre derived off the sweat of free labor. The benefits to corporations, be they media giants or sportswear producers, is, too, fruit from a rotten tree.

Now that the feds are involved, this scandal may finally lead to the compensation of student athletes, or at least spur serious talk about it. This has been a growing issue in recent years, especially since the NCAA struck a $11 billion deal in 2011 with CBS for March Madness broadcasting rights through 2023.

Overall, NCAA is an archaic system that could — morally should — come crumbling down. Perhaps the benefit of all this exposed corruption will be that the athletes, many of whom come from unprivileged background, may finally be able to support their families by attending two-a-day practices and offering their young lives and bodies up for entertainment. At least, one hopes.