President Trump lifted the Jones Act to get aid to Irma and Harvey victims. Why not Maria? 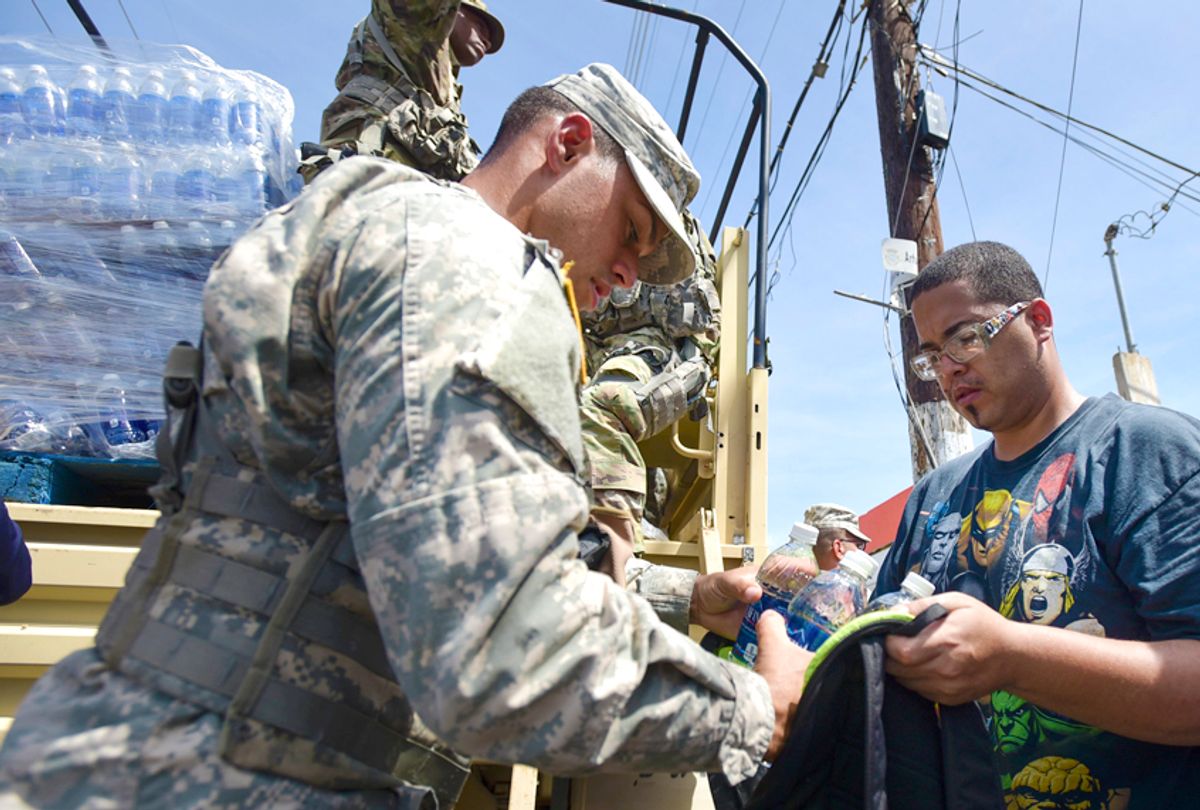 President Donald Trump is still debating whether or not to lift the Jones Act in order to quickly bring more supplies to Puerto Rico in the wake of the devastation caused by Hurricane Maria.

When asked why, Trump said, “A lot of people that work in the shipping industry . . . don’t want the Jones Act lifted.”

Those "people" would probably be American companies trying to hold the monopoly on sending goods to an American owned port, while citizens within Puerto Rico go without power, water, and medical care.

The Jones Act was signed in 1920 and requires that goods shipped nationally within the U.S. be carried exclusively by U.S. companies, with American crews and captains. The act was signed as a protection from foreign competition, specifically after World War I.

Michael Roberts, senior vice president at Crowley Maritime, a Florida based shipping company (as in U.S. based and benefits from the Jones Act), assured the Wall Street Journal that enough supplies were getting to Puerto Rico without foreign aid. A lift of the act would "replace them with Filipino or Russian or Chinese crews."

Lifting the Jones act is not unprecedented. It was lifted before in recent memory. George W. Bush lifted it to get aid to Hurricane Katrina victims and Barack Obama lifted the act in order to get aid to those affected by Hurricane Sandy. Oh, and Trump. Trump lifted the act for aid to Irma and Harvey victims in Florida and Houston. What could the difference be between the majority of people in the mainland and those in Puerto Rico?

Others brought up that very obvious prioritization between mainland U.S. and Puerto Rico:

But they waived the #JonesAct following Harvey & Irma, which I’m just *so* sure has *nothing* to do with those hitting the mainland US.

The most prominent critic was John McCain, who has long been an opponent of the Jones Act, calling for a lift as soon as possible.

It's unacceptable @DHSgov denied #JonesAct waiver for #PuertoRico. I sent a letter urging the dept to change course. https://t.co/j4oIbNrViX