Why is the brutal murder of this trans teen not a hate crime? 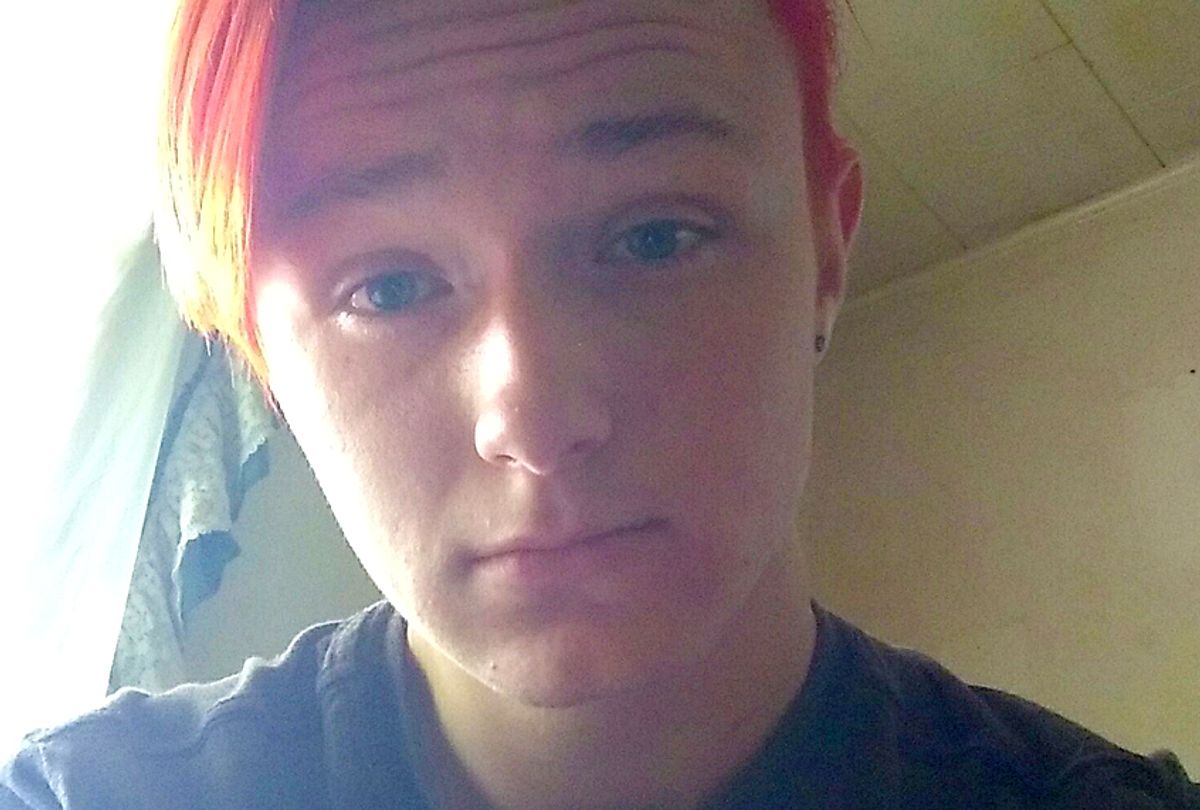 Ally Lee Steinfeld, a 17-year-old transgender female was murdered in Missouri, making it the 21st murder of a trans person in the United States this year, continuing an overlooked and growing trend.

Steinfeld's body was found burned in a chicken coup with both of her eyes removed and her genitals mutilated. She had been missing since early September. Although the murder was violent in very specific ways, and though it was ruled premeditated, local authorities in Cabool, Missouri said it was not considered a hate crime.

According to reporting from Time Magazine, Parke Stevens Jr., prosecutor in the case, insists that gender identity was not a motivation in the murder.

"I would say murder in the first-degree is all that matters," Stevens said. "That is a hate crime in itself."

Steinfeld's body was found close to the home of Briana Calderas, one of the alleged murderers and partner of Steinfeld, according to Steinfelds mother.

Others charged with the murder include two 18-year-olds, Andrew Vrba and Isis Schauer. All were were charged with first-degree murder, meaning that, if you're following, prosecutors feel they can prove the killing was both willful and premeditated (according local news outlet KY3, Schauer and Calderas both claim Vrba even bragged about the murder). None were charged with a hate crime.

The Washington Post reports that although Missouri has protections for trans identity on the books, there have been little to no hate-crime convictions.

As is often the case in the murders of transgender people, Steinfeld had been missing for weeks, and because her parents referred to her as a male and by male pronouns, initial reporting misgendered her. Police documents referred to her by birth name, muddying the waters during the search.

LGBT advocates have been trying to draw attention to these cases for years. According to the HRC, 22 transgender murders were reported in all of 2016. Twenty one deaths in September means the number this year will probably surpass last year's count. The biggest number of murders are coming out of the trans women of color community.

To quote a press release from the HRC on the murder of JoJo Striker earlier this year:

Of the 22 murders of transgender people HRC tracked in 2016, more than three in four victims were Black, and 86 percent were women. In their 2016 report on anti-transgender violence, A Matter of Life and Death, HRC and the Trans People of Color Coalition explained that racism, sexism and anti-transgender stigma together “exponentially” increase the likelihood that transgender women of color will experience violence.

But these stigmas aren't just active outside of the justice system. Indeed, police, prosecutors and the courts themselves help perpetuate them. By failing to use hate-crime laws on the books, by reporting missing persons and murders with the incorrect gender pronouns and names, they're helping to enable such transphobic violence.

Yes, women of color are most at risk, according to HRC, because existing racial issues within the criminal justice system compound the problem. But the crypto transphobia of the justice system is broader still.

We should take the visibility of Ally's murder — and the system's willful disregard of its meaning — as an unfortunate opportunity to expand the exposure of these crimes and to look for solutions both inside and beyond our courts and jails.

Ally's last post on Facebook was about dying her hair. In the voice of the teen girl she was, she said, "I feeling little bit beautiful how likes my hair i got it red."