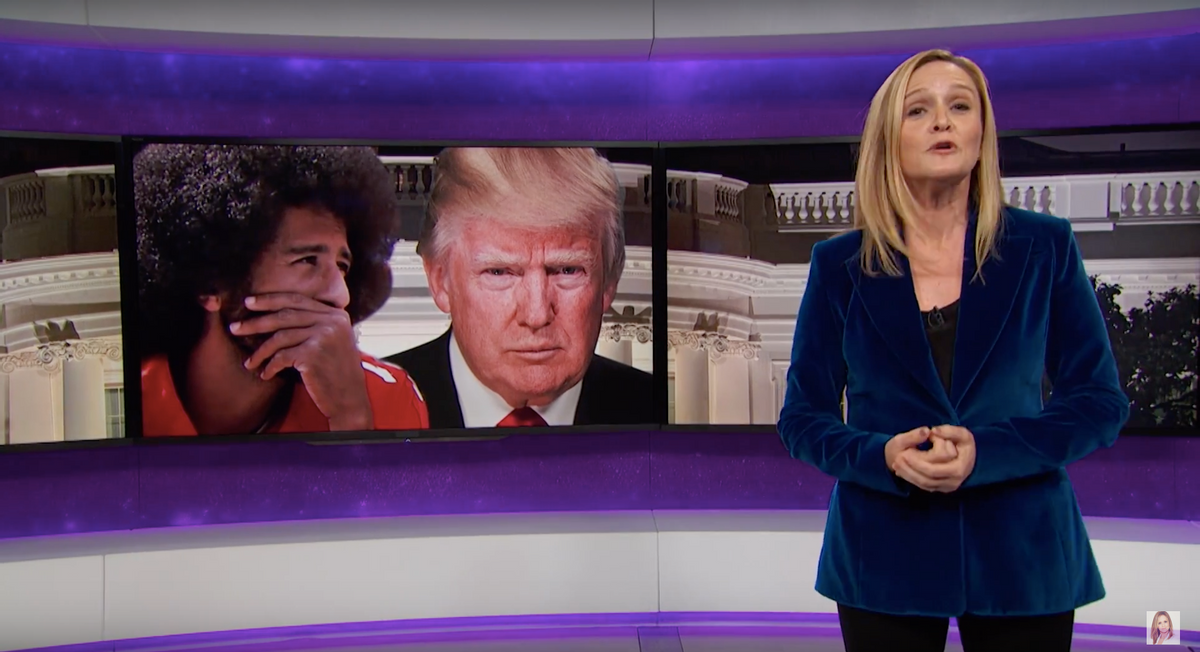 Samantha Bee was the latest late-night comedian to break down President Trump's temper tantrum over the NFL's insufficient nationalism during the national anthem. The "Full Frontal" host pointed out Wednesday night that Trump was not the greatest authority on showing respect to the troops and first responders.

“If anyone knows about treating soldiers and first responders with respect, it's the guy who decided to fire transgender troops and deport paramedics who happened to be Dreamers. 'Thank you for your service, now get the fuck out,’” she noted in her monologue.

Bee was especially baffled by Trump's indignation, considering the pregame national anthem was not a long-standing tradition in the NFL. She cited a recent CNN report that found that it wasn't until 2009 when players were mandated to be on the field for the song.

“If an entire nation is going to soil its jorts over a hallowed tradition, it should at least be older than the Kanye-Swift feud!” Bee quipped.

Ironically, the people who have expressed the most contempt for the NFL players' stance have been well-payed, right-wing political commentators who complain that rich athletes should not feel oppressed — let alone fight that oppression through dissent.

“No, if you’re a multi-millionaire who feels oppressed, you’re a Fox News personality, and you still need a therapist,” Bee shot back.

Some have argued that while the cause of these protests may be noble, they have not succeeded in any actual change and have only sparked an uncomfortable dialogue.

“And what a conversation we’re having," Bee said. "Talking about black people and their owners and how they should be grateful for the privilege of working on a field. Who says Trump is taking us backwards?”