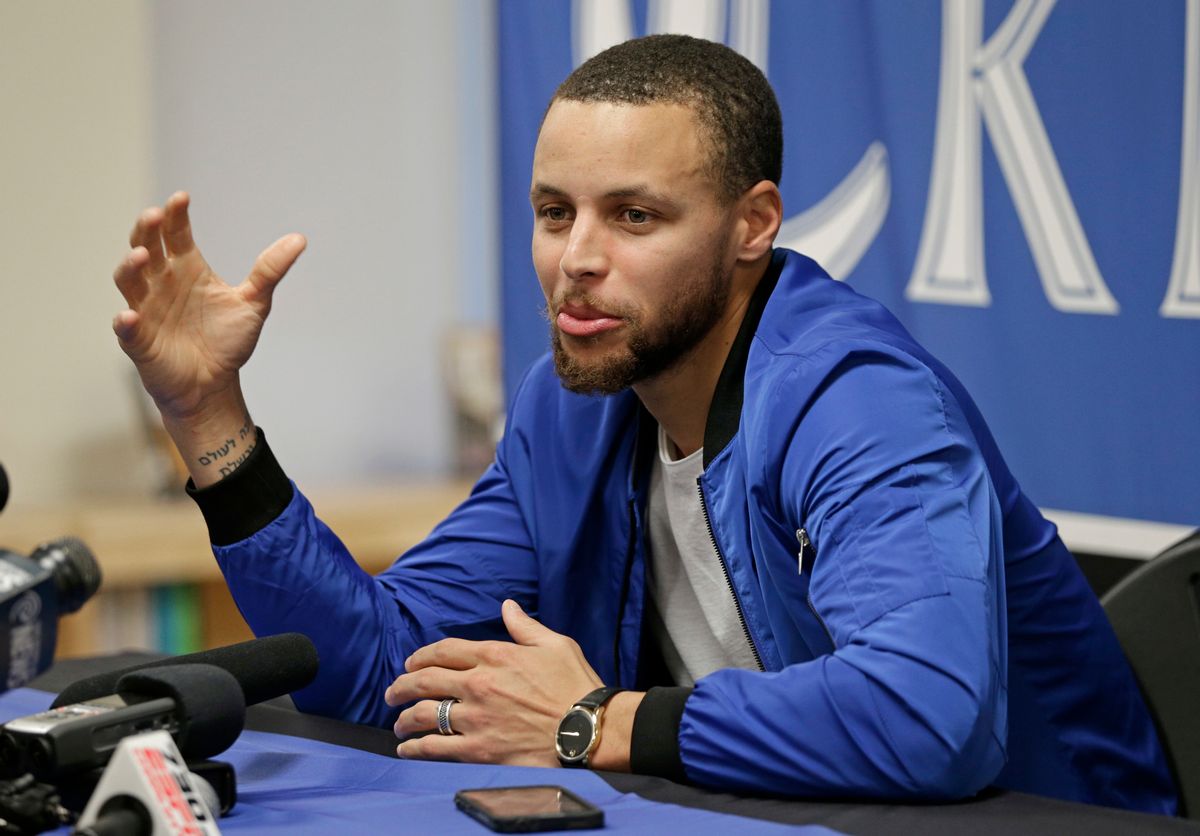 THIS WEEK'S COVER: In a nation divided, the sports world is coming together https://t.co/sKPjrhHhmZ pic.twitter.com/3yzkvV1OCl

Speaking to reporters after practice, Curry called the cover "terrible" and "wrong."

"That was terrible. Just kind of capitalizing on the hoopla and the media and all the nonsense," Curry said. "The real people that understand what exactly has been going on, who's been truly active and vocal and truly making a difference, if you do not have Kaepernick at front of center of that, something is wrong."

The new cover of the premiere sports magazine only highlighted how some Americans were shifting the narrative surrounding the NFL protests. Kaepernick took a knee to shine a light on police brutality, but now members of the sports community want to portray the demonstrations as anti-Trump. Curry recognized the whitewashing of the protest movement.

"It is kind of hard see how certain narratives take place, being prisoners of the moment," Curry said. "At the end of day, that stuff does not really matter, it is about the true message and really highlighting the people doing the right things."

Stephen Curry said the recent SI cover (in which he was on) not including Colin Kaepernick was "terrible" pic.twitter.com/HDSUxcQvdm — Anthony Slater (@anthonyVslater) September 27, 2017

"Well, in some ways, even though his picture's not there, Colin Kaepernick is there," Cannella said. "Colin Kaepernick was—for lack of a better word—was looming over everything that happened this past weekend.

"What we were trying to capture with this cover was the way new voices emerged this weekend, and the way this debate, this issue, this protest movement has sort of evolved beyond Colin Kaepernick," he added.