Anti-Muslim bigotry has an official voice in Trump's Washington 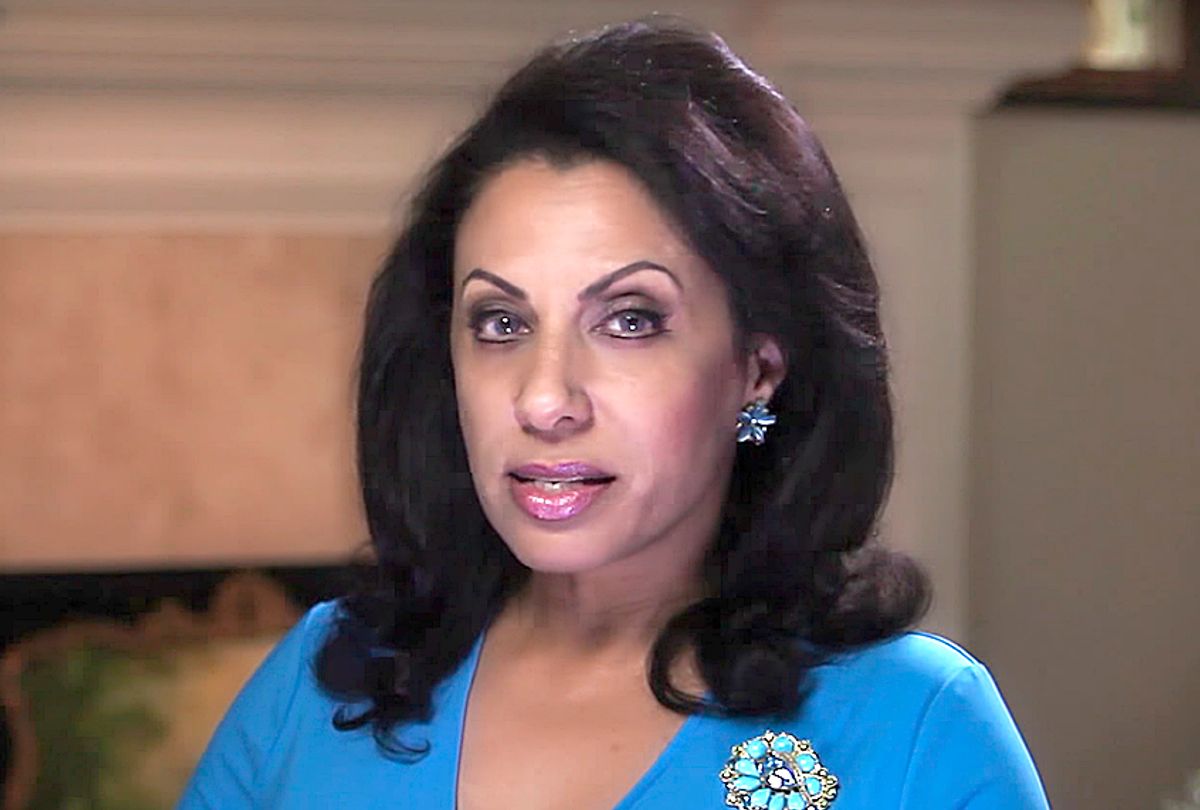 Donald Trump's administration keeps rewriting his travel ban in an obvious effort to trick the courts into ignoring the fact that it's unconstitutional  discrimination based on religion. Meanwhile, one of the most prominent anti-Muslim groups, ACT for America, is gearing up for its annual meeting in the D.C. area. Next week, this group — whose founder, Brigitte Gabriel, has declared that a practicing Muslim "cannot be a loyal citizen of the United States" — will gear up for two days of secretive events and meetings with congressional representatives who they hope will pass more anti-Muslim legislation.

On a press call organized by the Southern Poverty Law Center (SPLC), Heidi Beirich, who runs the SPLC's Intelligence Project, explained why it now classifies ACT for America as a hate group.

"The organization promotes really crazy anti-Muslim conspiracy theories and it paints the entire Muslim population in a negative fashion," Beirich said, adding that the "hate group" designation is reserved only for organizations that "paint a particular population all as basically subpar or negative."

ACT for America provides a glimpse into a world of racist, right-wing paranoia that is often a bit hidden from liberals, particularly those who live in deep blue urban areas. The grim reality is that even though Muslims are only about 1 percent of the U.S. population, and the vast majority of them are ordinary people living their lives, a huge proportion of conservative America has convinced itself that the country is on the verge of a "sharia" takeover. They believe this because groups like ACT for America have stoked this fear through right-wing media and, of course, the active urban-legend networks that shape so much of the conservative worldview.

(Seriously, search Snopes for the word "sharia" and read the dozens of fake stories about this covert takeover of the government by fundamentalist Muslims that the site has collected and debunked.)

Last week, Caitlin Dickerson published an in-depth piece in the New York Times Magazine exploring how these twin forces — rumor-mongering and right-wing media — converge to convince huge swaths of white America that they're in immediate danger because of Muslim immigration. Dickerson focuses on the town of Twin Falls, Idaho, where the molestation of a young girl by slightly older boys became the focus point of a bout of anti-Muslim hysteria. (I wrote about this story for Salon last year.) Residents talked themselves into believing that a group of adult Syrian refugees had gang-raped a child at knife point.

While police can't disclose the details of an incident involving minors, it appears that none of those things are true: There was no knife, there were no adults involved, the incident wasn't a rape and the boys involved were from Sudan and Iraq, not Syria. Nor is the implied moral of the story true: There's no evidence that Muslim children are more prone to these kinds of crimes than other children.

This story spread rapidly across right-wing networks across the country, however, aided by Breitbart and other right-wing websites. Gabriel, the founder of ACT for America, Brigitte Gabriel, also got involved, traveling to Twin Falls to sow more hysteria about the supposed rape threat posed by refugees.

“Next time it could be your wife, your daughter, your girlfriend, your mother," she told a crowd there.

Gabriel, who is a Christian immigrant from Lebanon, seems to trade on her personal history to hoodwink conservatives into thinking that she's an expert on Islam. In reality, she's a conspiracy theorist who works closely with fellow bigot Frank Gaffney to spread the false claim that "creeping sharia" will lead to some theocratic Muslim takeover of America.

Unfortunately, Gabriel has the ear of powerful people. At last year's gathering, 10 lawmakers spoke to this hate group, including Sen. Ted Cruz of Texas and Rep. Peter King of Iowa. On the SPLC press call, Terri Johnson, the executive director of the anti-racism group Center for New Community, explained that while the group tends to be secretive about its speaker list, they expect 10 more congressmen this year.

“In addition to them gathering together and energizing their anti-Muslim activism, this is their opportunity to talk to the elected officials on the Hill," she said.

Gabriel's reach in D.C. has drastically extended with Donald Trump in the White House. As the Atlantic reported in March, Gabriel is well-connected in the White House and has attended at least one meeting there. In February, she posted a picture on Facebook of herself at Mar-a-Lago with Trump himself.

"Gabriel does not consider Islam a religion like Judaism or Christianity but rather a totalitarian political ideology like Nazism or Soviet communism," Peter Beinart of the Atlantic wrote.

On the call, Saeed Khan, a lecturer at Wayne State University, concurred with this interpretation, arguing that a major goal of ACT for America and other anti-Muslim groups is "to have Islam declared not a religion so that it would therefore be outside the protection of the First Amendment." He cited a 2014 case in Murfreesboro, Tennessee, where a group of Christian conservatives sued to stop the construction of a mosque.

"In court, Joe Brandon Jr., a lawyer for mosque foes, said Islam is not a religion, and he argued that the mosque was a threat to the community," Bob Smietana of the Washington Post wrote. The argument failed and the mosque, which serves about 600 people, was eventually built.

With Trump in office, however, anti-Muslim forces are newly emboldened and anti-racism activists ACT for America to revel in its newfound influence and pursue an aggressive agenda.

Khan argued that the right is using Muslims as "canaries in the coal mine" for the larger agenda of pushing through a bolder social program to maximize the political power of conservative white Christians. Muslims have "less social and political capital" due to the relatively small size of the community, he argued, which makes them "low-hanging fruit for politicians, for policymakers and for those who seek to profit in hate and bigotry." Trump's intense focus on a Muslim travel ban, as the most concrete example of his racist hysterics turned into policy, suggests Khan has the right read on the situation.