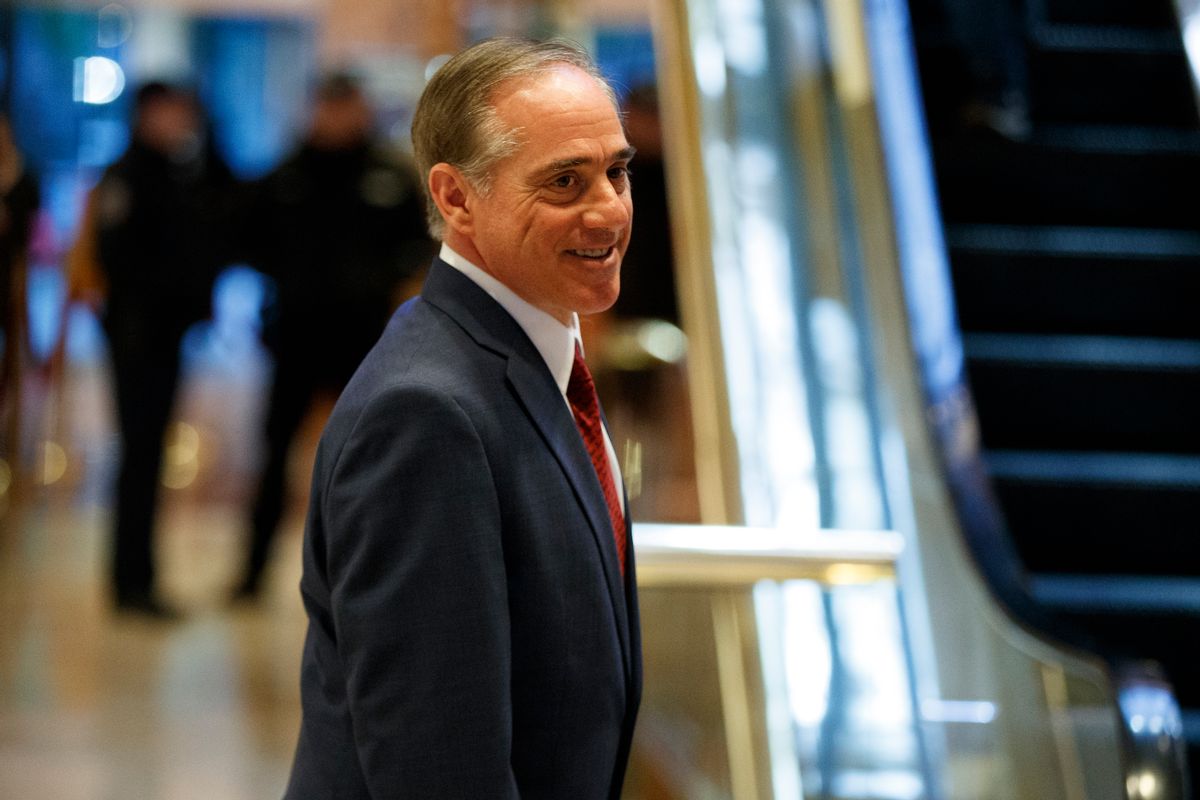 Just weeks after David Shulkin ordered his agency to curb travel expenses, the Veterans Affairs secretary jetted off to London on the taxpayer’s expense with his wife to attend the Wimbledon championship, toured Westminster Abbey and taken a riverboat cruise on the Thames.

According to the Washington Post, Shulkin mixed personal and official travel on his way to a meeting in July with Danish and British officials to discuss veteran’s health issues.

The entourage included Shulkin’s wife, Merle Bari, his acting undersecretary of health and her husband, his chief of staff and an aide. Shulkin’s predecessor, Robert Macdonald, spent more than two years at the post without taking foreign work trips, according to the Post.

But at least Shulkin flew coach.

Documents obtained by Politico show that Zinke and his staff took several flights on private or military aircraft to his Montana hometown and between two Caribbean islands. A charter plane from Las Vegas to Kalispell, Montana, a short drive away from Zinke’s home in Whitefish, cost taxpayers about $12,000 for a flight that would cost about $600 round trip per person if it were taken commercially.

One June flight to Montana was on a plane owned by Wyoming-based oil-and-gas firm Nielson & Associates and Choice Aviation, a charter flight company, the Washington Post reported.

The secretary of Interior is responsible for managing public lands, and the Trump administration has been pushing to allow more oil and gas exploration on them. Zinke’s taxpayer-funded travel comes amid outcry over the use of costly forms of travel by Health and Human Services Secretary Thomas Price, EPA chief Scott Pruitt and Treasury Secretary Steve Mnuchin.

These trips have involved the secretaries apparently mixing personal destinations with their roles as public figures.

In Zinke’s case, Interior Department spokeswoman Heather Swift told the Post that the charter flight to Montana was necessary for him to attend the annual meeting of the Western Governors’ Association, and that no commercial flights were available.

But the trip involved a stopover in Las Vegas a day earlier so that Zinke could give motivational speech to the Vegas Golden Knights, the city’s new National Hockey League team. The team is owned by Bill Foley, the head of Fidelity National Financial. Employees and political action committees associated with the company have given nearly $200,000 to Zinke’s two congressional campaigns, the Post reported, citing Federal Election Commission records.

Zinke had flown commercially to Las Vegas from Reno, where he spoke at a dinner attended by conservative attorneys general backed by the Koch Brothers. In other words, the $12,000 charter flight might have been necessary simply because Zinke wanted to attend events that are not part of his public service, and couldn’t book a commercial flight to his official event in Montana.

“Secretary Zinke’s entire Nevada trip appears to be a flimsy excuse for a political event in Tahoe and a thank-you dinner with his biggest campaign bundler,” Aaron Weiss of the nonprofit conservation group Center for Western Priorities told the Post.

In March, Zinke took private flights between the U.S. Virgin Islands of St. Thomas and St. Croix to speak at a GOP event and to take in snorkeling at Buck Island Reef National Monument. Interior spokeswoman Swift told Politico that these flights were part of official government events and his travels were “pre-cleared by career officials in the ethics office.”

Zinke may fall under pressure to reimburse the taxpayers for his costly travels. This week HHS Secretary Price said he would partially reimburse the public for $400,000 he racked up on charter flights thes taken since he took office earlier this year. (Since then, Politico reported that the actual sum is about $1 million, including flights on military aircraft he took with his wife to numerous global destinations.)

In August, Treasury Secretary Steve Mnuchin faced a backlash after he and his wife Louise Linton traveled by charter flight to Louiseille, Kentucky ostensibly to tour Fort Knox as part of official government travel. But the flight coincided with the Aug. 21 total solar eclipse over Louisville. Mnuchin also attempted but later rescinded a request for military aircraft to take he and his newlywed wife on a European honeymoon.