“The truth is, I am kind of done with politics for now” 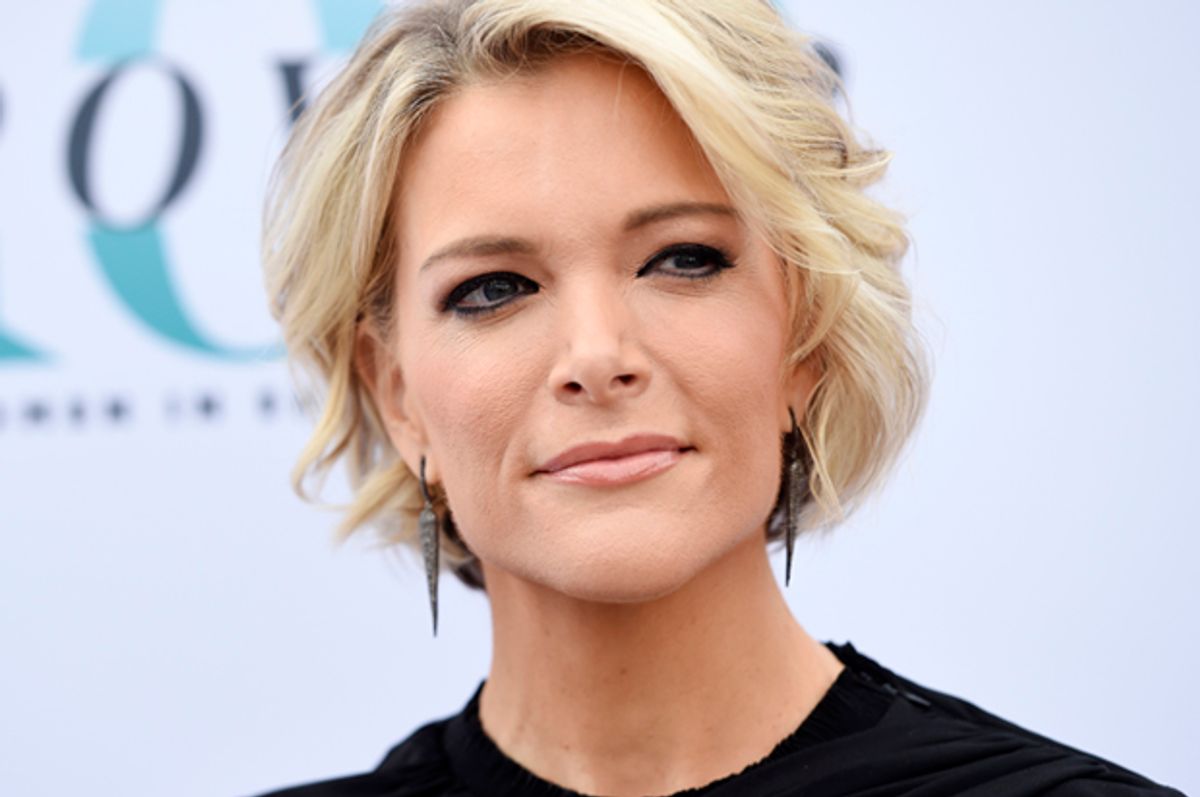 Megyn Kelly — the former Fox News host who NBC hoped would become the latest star in the network’s firmament — opened the premiere episode of her new morning talk show, "Megyn Kelly Today," by laughing at the idea that she might devote time to her sometimes foe President Donald Trump’s latest remarks. “The truth is, I am kind of done with politics for now,” she told a live studio audience with a smile.

During the hour that followed, Kelly offered up a panoply of typical morning show fare — a synergistic but wooden sit-down with the stars of "Will and Grace," returning to the network’s airwaves this week; a soft-focus piece on a Chicago nun who is “cleaning up her streets”; and Oprah-esque “surprises” for members of the audience, for her guests, and for Kelly herself. Along the way, Kelly sought to wash away her past work and rebrand herself as a joyful and upbeat bringer of hope.

Kelly devoted much of her opening monologue to crafting an origin story, trying to connect with her morning show audience by describing her upbringing, her parents, the death of her father, and her career. “I went on to become a TV anchor. And that was good, until it wasn't,” she explained. “So much division. So much outrage. And I wasn't happy,” she said of the 2016 presidential election. “For years I had dreamed of hosting a more uplifting show,” Kelly added. She said the dream was answered by NBC, which allowed her to host the new morning show, “whose mission would be to deliver hope and optimism and inspiration and empowerment.”

This isn’t the first time Kelly has — and sought to separate herself from — the rancor of political discourse. But this rising wave of vitriol didn’t emerge fully formed in 2016, and Kelly was no mere onlooker to the trend — she was one of its foremost beneficiaries. Kelly spent years at Fox News, a network built on the division and outrage she now decries. And her raw talent for playing on the racial anxieties and resentmentsof her audience helped make her a Fox star.

Kelly has always been a savvy self-promoter, and during her time at Fox she drew fawning profiles from reporters who focused on her “Megyn moment” takedowns of right-wing guests and her sympathetic confrontation with a brutish, vulgar Trump rather than her larger body of work. If you push her, she’ll still defend the work she did at Fox, and she refuses to criticize her past employers. As her premiere shows, she’d rather not talk about it, and would rather you wouldn’t either. She is no doubt hoping that this latest effort at self-re-creation will produce more uncritical media coverage — and an audience for her NBC show.

But what may trip her up is that this rebranding requires us all to forget that this isn’t the first NBC program Kelly has debuted this year. “As you know, I am the new kid here on The Rock,” Kelly said at the top of a pre-taped segment in which she hung out with her “new "Today" family.” But while Kelly may not have previously had the opportunity to ride bicycles to work with Al Roker or make eggs with Matt Lauer, she’s been in the NBC studios for months, working on "Sunday Night with Megyn Kelly," a newsmagazine program the network had hoped would be its answer to CBS’ "60 Minutes."

Kelly may now be promoting her morning show by saying she’s “kind of done with politics.” But just a few months ago, she was championing her journalistic bona fides on the "Sunday Night" press tour. “I've spent enough time staring at the refrigerator, it's time to do some news,” she told "The Hollywood Reporter" in April. The program launched with an interview with Russian President Vladimir Putin and also featured a sit-downwith the pro-Trump conspiracy theorist Alex Jones.

But "Sunday Night" was a flop — a boring show that never found an audience, routinely losing its time slot not only to "60 Minutes," but also to reruns of "America’s Funniest Home Videos," before NBC pulled the plug and put the show on hiatus two episodes early in July. The program exposed Kelly’s weaknesses when cut off from the outrage sensibility that made her reputation: She lacks creativity in putting together an interesting show and range in interviewing nonpolitical guests.

"Sunday Night"’s failure was bad for NBC’s reputation, but as a relatively inexpensive show in a low-profile time slot, it was hardly cataclysmic for the network. "Megyn Kelly Today," however, represents a sizable bet from NBC that Kelly will be able to bring credit and ratings to the network’s high-profile, moneymaking franchise. “If she doesn’t [succeed], it’ll be a disaster for NBC,” a news-industry veteran told Vanity Fair earlier this month.

It was an ominous sign for the network that Kelly has already proved she lacks a built-in audience that will follow her from show to show. What’s worse for NBC is that the very skills "Sunday Night" exposed Kelly as lacking are crucial for daytime talk shows. And that competitive market has been the career graveyard of any number of previously successful TV hosts.