Rush Limbaugh: NFL protests are a conspiracy to destroy "masculinity" 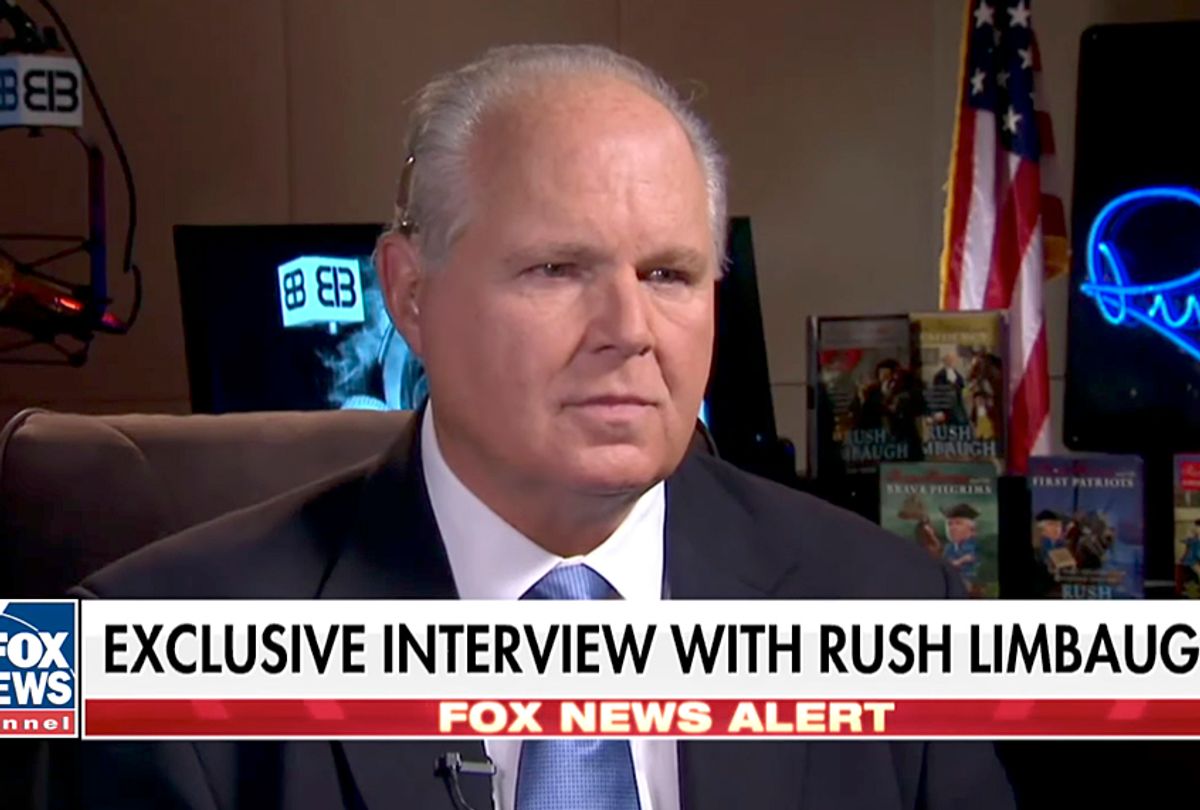 Conservative radio host Rush Limbaugh, said he believes that the left has "hijacked" the National Football League and "wants to cause great damage to the" sports organization because it stands for "masculinity."

Limbaugh spoke with Fox News host Sean Hannity on Thursday night, and asked him "what's the point?" in regards to the protests during the national anthem, according to Media Matters for America. "They're not accomplishing anything except harming the enterprise. Whatever's happening in the NFL right now, it's not how you grow it."

"I do believe that the left wants to cause great damage to the NFL," he continued. "What does the NFL stand for? Masculinity, strength, toughness. So, what are they doing to it?"

Limbaugh then bashed college campuses and said "you'll find classes on how to take masculinity out of men."

"It's actually happening. There are studies and courses in college that do this. It's patriotic, you've got the flag, you've got the anthem, you've got uniformed military personnel, all the things that the left wants to erase from this country," he added.

Limbaugh said that the left is using NFL players to destroy the league because "they don't like displays of patriotism, strength, rugged individualism." He continued, "they think it's about police brutality, they think it's about righting social wrongs, and so forth. This is an attack on the NFL as an institution for shaking it down and lowering its profile and impact on American culture. We're in the midst of a culture war. Everybody knows it."

It's certainly not the first so-called liberal conspiracy Limbaugh has ranted about, and it's practically a guarantee that it won't be the last. Most recently, he rambled about Hurricane Irma being blown out of proportion and continued to downplay the impacts of climate change. Roughly a day later he decided it would be a wise decision to evacuate his Palm Beach, Florida, property.