R.E.M.'s "Automatic for the People" at 25: A manual for facing darkness

With a deluxe reissue on the way, it's time to look back at the Athens, Georgia band's beloved album 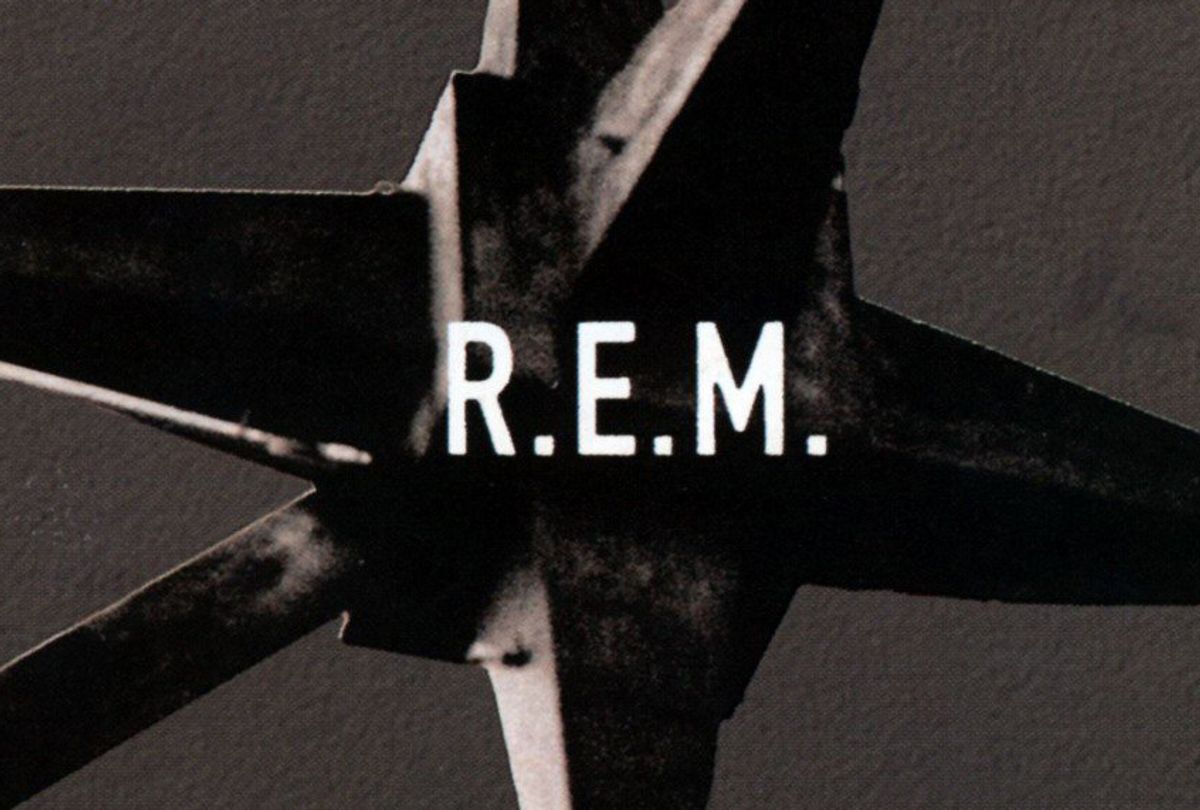 Automatic for the People by R.E.M (Warner Bros. Records)
--

During their 30-plus years together, R.E.M. experienced many career growth spurts. However, the early-mid-'90s era can rightfully be considered the Athens, Georgia band's imperial phase — the time when their creative confidence, mainstream visibility and commercial success coalesced.

As was R.E.M.'s way, they didn't deliberately change their sound or way of working to reach this apex. It just so happened that what they had always done — create resonant, meaningful songs, in whatever sonic approach they favored at the time — emerged during an era that was particularly amenable toward reinvention.

R.E.M.'s imperial phase kicked off with 1991's orchestral and ornate "Out of Time," which spawned the surprise, mandolin-driven hit "Losing My Religion" and concluded with 1994's buzzsawing rock-n'-roll roar "Monster." In between these records came 1992's lush and brooding "Automatic for the People." Released on October 5 in the U.K. (and the following day in the U.S.), the LP was the darkest-sounding R.E.M. record since 1985's "Fables of the Reconstruction."

In a 2011 interview with Performing Songwriter, vocalist Michael Stipe said the band was "ready" for the increased attention they received during this time. "What it really provided for us, though, was an ability to get even weirder stuff on the radio. And that was really fun, you know?"

That was certainly the case with "Automatic for the People," which included both the solemn "Drive" — a summer thunderstorm with portentous acoustic riffs, charred electric guitar accents and turbulent strings — and the ebullient, country-tinted "Man On The Moon," a song about the cult comic Andy Kaufman, replete with a brief Stipe Elvis Presley impression. It was the band's highest-selling single.

As these songs illustrate, in contrast to the (largely) bright instrumental colors found on "Out of Time," "Automatic for the People" is brushed with muted, neutral hues. Electric guitars pop up beneath the surface to add moments of unease, but organ, mandolin, acoustic guitars and other instruments dominate.

Distorted cello and droning electric guitar feedback provide a midnight-dark foundation for "Sweetness Follows," while gauzy sampled layers of Mike Mills vocals (said to be inspired by 10cc) give "Star Me Kitten" a ghostly, antique sheen. "Monty Got a Raw Deal," which uses the actor Montgomery Clift to illustrate the perils of fame, even features Buck playing the main, wary riff on a Greek instrument called the bouzouki.

This contrast between sonic delicacy and heft gives the record a unique sound that was exacerbated (in all the best ways) by string arrangements from Led Zeppelin's John Paul Jones. On the solemn dirge "Everybody Hurts," these strings swell like a reassuring handshake, while "Nightswimming" is a piano ballad that incorporates a keening oboe amid regal orchestral swaths.

Still, despite these sophisticated flourishes, "Automatic for the People" is quite unfussy. In a testament to the band's love of live takes, the album has warm, personal touches: Stipe laughs during "The Sidewinder Sleeps Tonite" after the line, "A candy bar, a falling star, or a reading from Dr. Seuss," while the band is heard counting off the start of "New Orleans Instrumental No. 1."

Save for the dizzying "The Sidewinder Sleeps Tonite" — which boasts a carnival-loopy organ as its main hook — and the ferocious "Ignoreland," the album is wholly introspective. "We wrote about 30 instrumentals and it so happened that the ones that really connected with Michael were slower things," guitarist Peter Buck told Q in 1992. "I don't think the rockers we wrote were really exceptional, though we had one really good noisy one we might cut for the next album . . . 'Out Of Time' and this one are not of a piece, really, but in mood they're similar."

Indeed, execution-wise, the jump from "Out of Time" to "Automatic for the People" isn't as jarring as it might seem on paper — partly because the seeds for the latter were planted as the band put the finishing touches on the former in the fall of 1990. "I'm not sure what we were aiming for, but when we were mixing 'Out of Time,' Michael [Stipe] and Mike [Mills] did 'Nightswimming,' so we knew that existed, and we had demos of 'Drive' and 'Try Not to Breathe,'" Buck recently told Billboard. (According to the R.E.M. Timeline, the three tunes in question emerged during the band's sessions at Prince's Paisley Park.)

In light of this overlapping creative process, and Buck's comments, it's tempting to view "Automatic for the People" as a photo negative of "Out of Time." But that feels needlessly reductive: Close listening reveals that both albums resist easy narrative pigeonholing.

Sure, it's true that "Automatic for the People" is focused on matters such as death and mortality, and deservedly can be described as somber. But the album resonates because of its quest to find emotional succor within this darkness, and perseveres despite the anvil-like knowledge that death finds us all. In other words, songs wrestle with the existential questions that pop up at 3 a.m., but aren't paralyzed by the implications of these answers.

"Nightswimming" seeks solace in a happy, playful memory to ward off the drudgery of adulthood ("These things, they go away/Replaced by everyday"), while "Sweetness Follows" is reassured by the fact that death's aftermath isn't negative. "Try Not to Breathe," meanwhile, is about an old man at peace with choosing to die instead of being a "burden" while alive. On "Automatic for the People," death isn't something to be feared.

Still, viewing the record as possessing just a narrow, greyscale emotional timbre does the music a disservice — especially because other songs are optimistic. "Man on the Moon" encourages people to embrace their lighthearted side and imagine possibilities — what absurdity life can bring — while "The Sidewinder Sleeps Tonite" also uses playful imagery to create a cryptic fever dream. The anthemic "Everybody Hurts," meanwhile, urges people struggling that life is worth living. Plus, the record begins and ends with galvanizing urgency. "Drive" calls on people to march to the beat of a different drummer, while the protagonist of "Find The River" is determined to end their life's journey on their own terms. Even the vitriol of "Ignoreland" is a cathartic relief, as it feels like everyone listening to the song is in a political mess together.

Refusing to give into a conventional path always served R.E.M. well, and "Automatic for the People" is no different: The record sold 18 million copies worldwide, produced three U.S. top 40 chart hits and was double platinum by the end of the year.

To celebrate the album's 25th anniversary, the band is releasing a deluxe version of the record on November 10. A quarter-century on, "Automatic for the People" remains one of R.E.M.'s finest moments — an honest and unflinching collection of songs that's aged gracefully and pointed the band in even more experimental future directions.

"We were really stretching ourselves, trying really hard to push what we did," Stipe told The New York Times in November 2016, in response to a question about how "Out of Time" expanded the band's sound.

"Looking back, it makes sense that the next record would be 'Automatic for the People,' that it’d be a radically different step. And the next would be 'Monster,' a record that nobody liked. But everyone expected another version of 'Automatic' and we weren’t about to give them that. So in a way we shot ourselves in the foot. But it turns out, 20 years later, that’s not a bad record, 'Monster.'"