Dumb it down, Democrats — or prepare to lose again 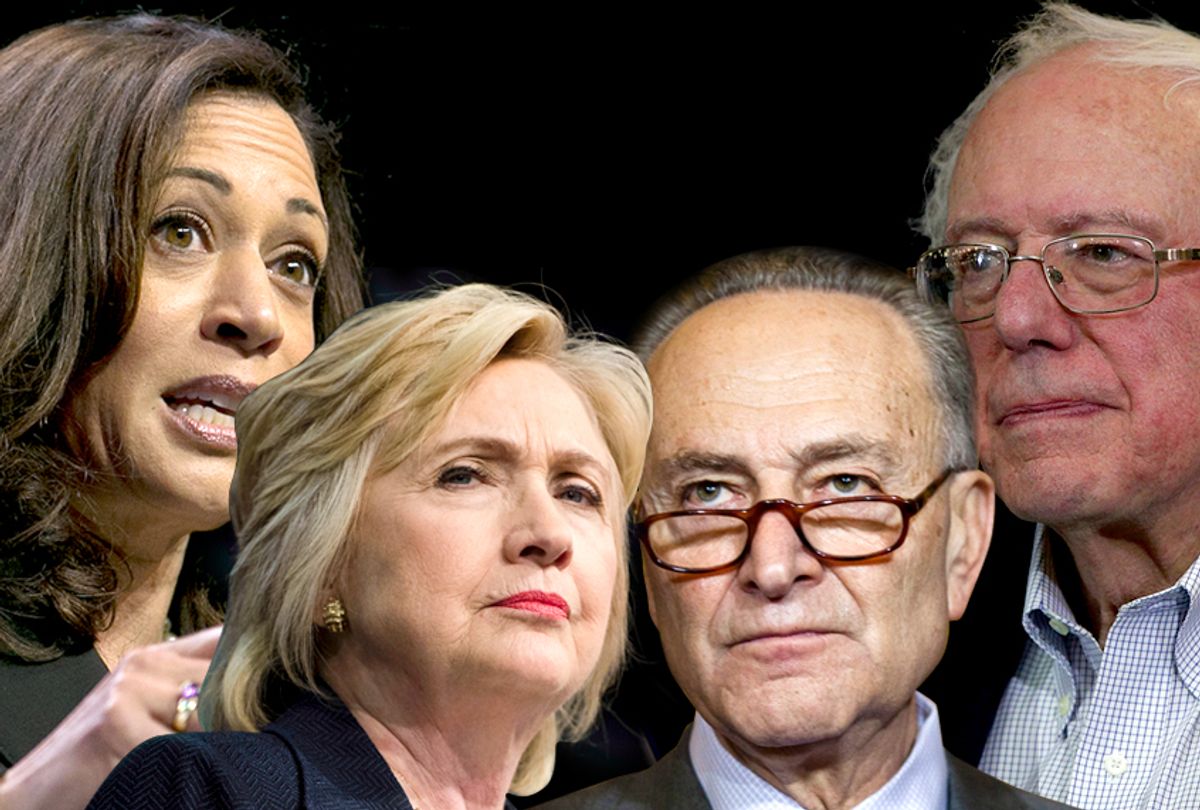 Former White House Chief Strategist Steve Bannon recently told the audience at a rally for theocratic loon Roy Moore, who just won the Republican primary for Jeff Sessions’ vacated Alabama Senate seat, that “they” — meaning the Republican establishment — “think you are a pack of morons.” Accusations of "elitism" against Republican leadership are the newest incarnation of a trademark conservative attack on Democratic politicians and liberal media commentators — all of whom, we are to assume, squeeze their nostrils together whenever they walk past an American without an Ivy League pedigree.

Besides the amplification of a sickly sense of self-pity, these increasingly common declarations of persecution have the disadvantage of being false. If the political establishment — especially mainstream Democrats — truly believed that voters like those at the Roy Moore rally were morons, they would win more elections.

Progressives lose at the ballot and across the culture because they consistently overestimate the intelligence and decency of the American people.

History’s greatest monster, otherwise known as Hillary Clinton, has presented a compelling relitigation of the 2016 election in her new book “What Happened,” arguing that James Comey’s violation of his professional standards, the overt chauvinism of Republican voters, the latent sexism of the mainstream media and the zealotry of the Bernie Sanders cult coalesced to form the circumstances perfect for her defeat.

Critics of Clinton claim, many of them without reading the book, that she does not acknowledge her own devastating errors. She did not visit Wisconsin and Michigan, she did not forcefully articulate an economic program for national growth, and she relied too heavily on “identity politics” throughout her campaign appeals to voters.

Her gravest misstep, which she does not concede and the media never mentions, was that she believed the majority of Americans were sufficiently thoughtful and moral to reject the prospect of a historically illiterate conman who routinely makes racist remarks and once boasted of committing sexual assault, acting as President of the United States.

The Clinton campaign ran countless advertisements spotlighting the vulgarity and cruelty of Trump, thinking, “Americans will not vote for this monstrosity.” Nearly 63 million Americans did vote for it, seemingly more concerned about Clinton’s private email server than Trump’s willingness to use nuclear weapons or his unapologetic articulation of skepticism that a man of Mexican ancestry could fairly adjudicate a case.

Now, Trump is president, and he recently bellowed in Alabama — at a rally for Moore's primary opponent, Luther Strange, whom Moore has defeated — that the NFL should forbid players from kneeling during the national anthem. “Get that son of a bitch off the field,” Trump projectile vomited into the microphone.

The rhetoric of the current president is a far cry from “Four score and seven years ago our fathers brought forth on this continent . . .” and “Ask not what your country can do for you . . .” It is, however, something that resonates with the American people.

According to the newest poll on the NFL imbroglio, 64 percent of Americans believe that the league should force its players to stand during the opening performance of “The Star Spangled Banner.”

One can almost hear the whimpers of progressives stressing the importance of “free speech.” The reality is that most Americans don’t know, and wouldn’t care if they did.

The University of Pennsylvania’s Annenberg Public Policy Center recently discovered that 37 percent of Americans could not identify a single freedom that the First Amendment of the Constitution guarantees. Only one in four Americans could correctly name all three branches of government.

During the second presidential debate, Donald Trump chastised Hillary Clinton for not reforming the tax code when she was a Senator. The Democratic nominee explained how a bill becomes a law, giving the next president a free lesson in elementary civics. The exchange barely registered in the minds of the American people, most of whom are unaware of the legislative process themselves.

The liquidation resulting from decades of uninterrupted perversion of language and degradation of discourse affects not only the intellect, but also ethics. It is all but forgotten that Colin Kaepernick, who is currently unemployed, began the anthem protest to call attention to the continuation of police killings of unarmed black men, often without professional penalty, much less legal recrimination.

White Americans claim that they admire Martin Luther King Jr. and that they believe in the words, “All men are created equal,” but like Jefferson himself, they indicate that the truth is otherwise with their behavior. More anger is visible in reaction to players kneeling during a song than after video emerges of police officers executing innocent, black men. A large segment of whites, including the 50 percent who told pollsters that they will now boycott the NFL over the protests, demonstrate greater respect for “the flag” — a symbol of cheap cloth — than the lives of their fellow citizens with dark skin.

Ignorance and the erasure of humanity are as American as football and flag waving. A recent experiment from The New York Times found that the more accurately Americans could identify North Korea on a map, the less likely they were to favor military action against the country. Harm de Blij, in his book “Why Geography Matters,” credits geographical knowledge as a bulwark against war and isolation. He also writes that “the American public is the most geographically illiterate society on the planet.”

In a 2015 Public Policy poll, 30 percent of Republicans and 19 percent of Democrats were in favor of bombing Agrabah. It has a vaguely Middle Eastern-sounding name, so clearly it is a threat to the survival of America. Lucky for our sake, it is the fictional setting of Disney’s “Aladdin,” an animated feature film for children.

While Trump ingratiated himself to the public with his condemnation of politically incorrect speech from professional athletes, and as he likely prepares to tweet threats against the Sultan of Agrabah, Puerto Rico is experiencing a humanitarian crisis of extreme suffering. More than three million people who live on the islands are currently struggling to meet basic needs. Estimates of how long they will suffer without power are grim.

Progressives enjoy making appeals to the goodwill and generosity of Americans, and are consistently surprised when their arguments fail to resonate. They also counter the increasingly simple slogans of right wing politics with positions that require an extra step of thinking. On taxes, for example, Republicans will suggest that tax cuts help everyone. Democrats will counter that supply side economics disproportionately assist the rich, who are not in need of assistance, while reducing revenues available for important social programs. Many Americans will not make the extra step. The most powerful slogan, headline or catch phrase is all that matters.

Clinton used poor phrasing when she said, “We’re going to put a lot of coal mines out of business,” but her diagnosis of the future of a terminal industry was correct. Trump promised to “bring the jobs back.” Who won that argument?

Progressives will make political gains when they stop assuming that the majority of Americans operate according to rationality and compassion.

Edgar Allan Poe believed that all human beings are potential victims of, what he called in one of his most brilliant phrases, “the imp of the perverse.” Speaking of “ghastly and loathsome” images of human suffering, Poe refers to the human capacity of destruction, and the enjoyment people find in the perverse: “We perpetrate these actions merely because we feel that we should.”

Poe’s story begins with criticism of theologians, psychologists, and intellectuals for having too narrow, and faithful, an outlook on humanity. They have all denied or ignored the imp. The narrator then recalls his fascination with murder and “the brief, but pregnant sentences that consigned him to the hangman, and to hell.”

He speculated that he could get away with the most lethal of crimes and carried out his misdeed simply because he wanted.

Progressives are the theorists Poe eviscerates in the opening of his story, unwilling to confront the hideous truth. Donald Trump, Steve Bannon and their sinister friends whisper, “come on,” to the inner imp of the perverse.

An aggressive and self-entitled movement of millions of Americans are all ears.