Another Obamacare repeal bites the dust, and Republicans face a painful reality: They can't get anything done 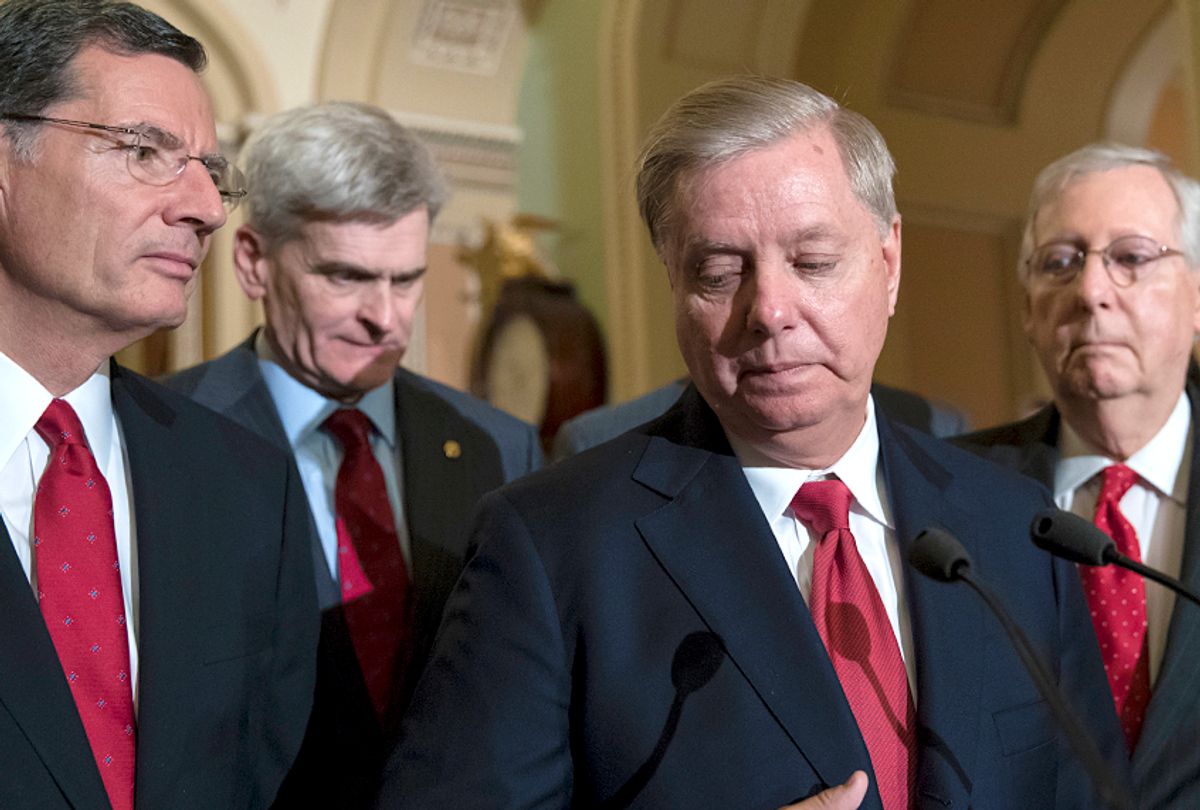 When Republicans took control of the executive and legislative branches earlier this year for the first time in more than a decade, they appeared to have a golden opportunity to implement their political agenda. After  many years of unprecedented obstructionism, the “Party of No” was set to become the party in power. Finally they would get their chance to “make America great again” and show that they were more than just an opposition party without any ideas of their own.

But things don’t always go according to plan, and over the past eight months Republicans have demonstrated quite the opposite: They are incapable of governing, and much better at rejecting policies than passing them. Since January, the Republicans have failed to accomplish much of anything that they ran on in 2016, and their incompetence has fortunately surpassed even their cruelty.

This was certainly the case when the latest GOP attempt to repeal and replace Obamacare with Graham-Cassidy — a bill that would have dismantled the Affordable Care Act and thrown tens of millions off their health insurance — failed to garner enough votes last week. After eight months and three serious attempts to replace Obamacare, Republicans still have nothing to show for it, and have yet to fulfill their No. 1 campaign promise. (It seems that they never worked out what their own health care plan would look like while they protested the ACA for nearly eight years.)

Though the GOP’s failure to repeal and replace Obamacare is the clearest example of their inability to govern and implement policies, it's just the tip of the iceberg. Congressional Republicans have yet to pass any major legislation under President Trump, and though the party controls every branch of government it seems incapable of getting anything done.

Trump, who made more promises during his successful campaign than anyone could possibly keep track of, has to this point been the most ineffective president in modern history. He has yet to convince the Mexican government to pay for his "big, beautiful wall," his $1 trillion infrastructure plan is still nowhere in sight, and the recently unveiled tax plan is set to be an uphill battle for the GOP. All in all, the Republicans have enacted very little new policy, and the majority of bills signed by the president’s pen have been related to government funding or rolling back rules and regulations from the Obama era. The man who regularly preached the “art of the deal” has yet to figure out the art of governing in Washington.

For many who voted for Trump this may come as a surprise, but it was clear from the outset that he was making promises that he couldn’t possibly keep (and likely never intended to), whether it was bringing back manufacturing jobs that have been automated, eliminating the national debt in eight years, repealing Obamacare on “Day One” or somehow making Mexico pay for his ridiculous wall. Trump made these far-fetched promises without considering how he would achieve them, and it is by no means clear how well he even understood the legislative process before entering the White House.

Meanwhile, Republicans in Congress were too busy over the past eight years obstructing Obama’s moderate agenda and barking about “socialism” to come up with their own viable policies. This is partly because some of the major policies they so vehemently rejected — including Obamacare — were actually centrist plans that would have been considered Republican just 20 years earlier. Indeed, one of the main reasons why Republicans have had such trouble crafting an Obamacare replacement is that the ACA was modeled after moderate Republican ideas in the first place (see the Chaffee Bill of the early '90s, or the "Romneycare" legislation enacted in Massachusetts).

This reveals something essential about today’s Republican Party, which has moved further and further to the right over the past few decades. The GOP thrives as the party of opposition because it is a fundamentally reactionary party. But when it comes to governing and creating policies of its own, the party is inept and hopelessly adrift. As a party of reaction the Republicans do not have a vision for the future, but a vision of the past. They want to restore the country to its former glory and make America great again, before the left ruined the country with their liberal and socialist agenda. This may be an effective message on the campaign trail, at least with certain constituencies, but it does not translate into effective governing.

The right’s entire narrative is based on the notion that the left has been in the driver’s seat of history not just for the last 10 years, but for the past 100 or more (for some reactionaries, it has been since the French Revolution). Now that the right is in charge, however, Obama and the left can no longer be blamed for everything that is wrong under the sun. Republicans are coming to the painful realization that “making America great again” is harder than it looked.