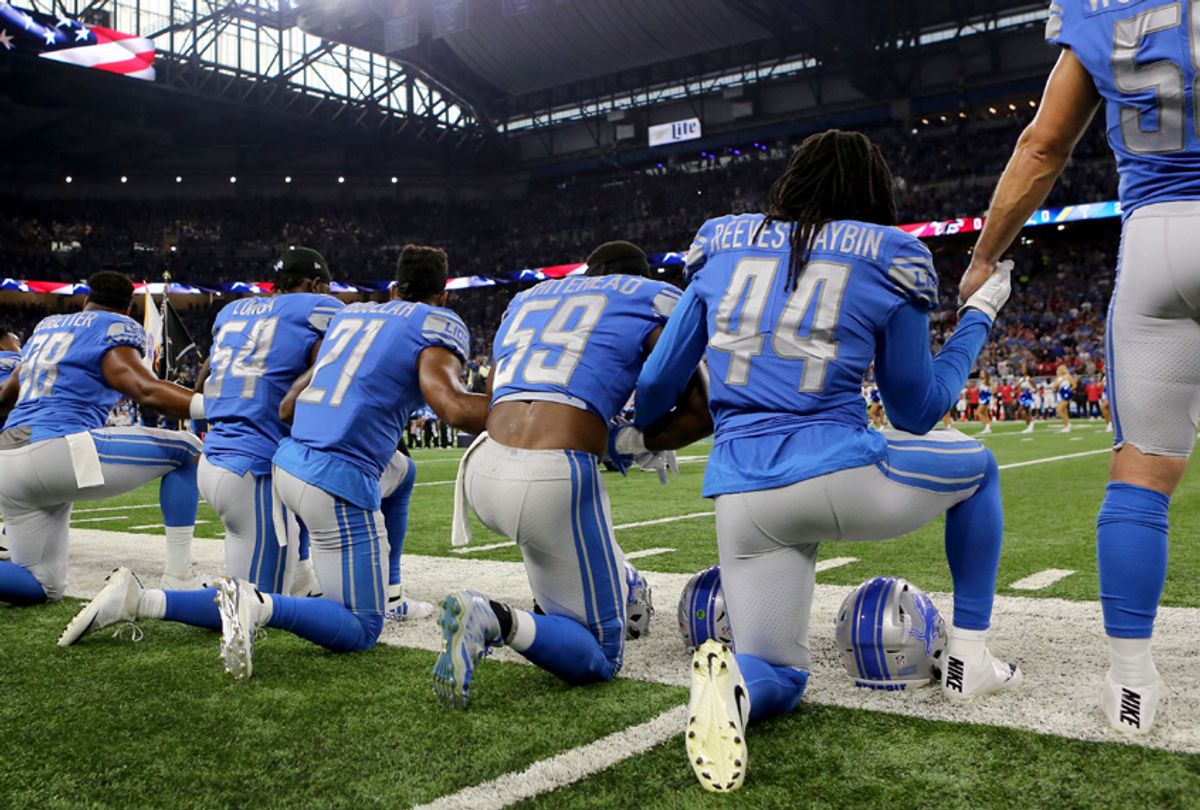 Donald Trump has made clear his opposition to the First Amendment with a series of rage tweets against NFL players who protest police brutality by taking a knee during the national anthem. It appears some high schools are now taking their cue from the president, demanding student athletes stand during "The Star-Spangled Banner" or suffer consequences ranging from losing time on the field to being kicked off sports teams.

In direct violation of students’ constitutional rights, Parkway High School in Louisiana issued a letter to student athletes and parents mandating that players stand for patriotic displays or be punished. Writer Shaun King tweeted a copy of the letter, dated September 28, to followers:

The LHSAA (Louisiana High School Athletic Association) allows school principals to make decisions regarding student participation in the National Anthem while competing in athletic contests and games. Parkway High School requires student athletes to stand in a respectful manner throughout the National Anthem during any sporting event in which their team is participating. Failure to comply will result in loss of playing time and/or participation as directed by the head coach and principal. Continued failure to comply will result in removal from the team. Parkway High School is committed to creating a positive environment for sporting events that is free of disruption to the athletic contest or game.

The letter is signed by Principal Waylon Bates. If you’re interested in sharing your thoughts on the school’s proactive censoring of its students, Bates can be reached via email or by phone at 318-759-2200.

And it has begun.

Will kick off any players who don’t stand during the National Anthem. pic.twitter.com/lfNWyW7z5f