If barbs passed between "cucks" and "basement dwellers" passes for political commentary, Freud can't be far off 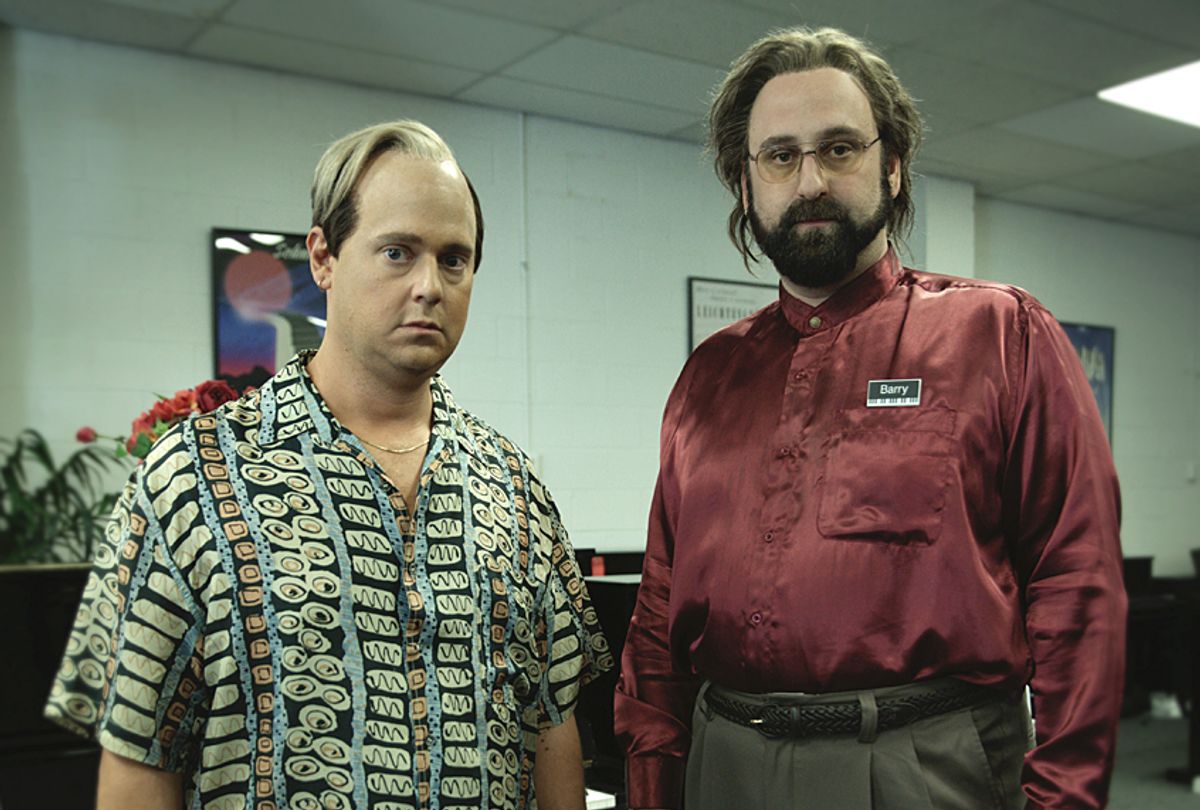 When I interviewed comedians Tim Heidecker and Eric Wareheim about the Freudian subtext of "The Duke" — the second episode of their new season of "Tim & Eric's Bedtime Stories" — they used my interpretation as an opportunity for a particularly hilarious riff about "Freaky Freud."

While the comedians did not deliberately include the Freudian subtext that I perceived in their episode, like many great works of art, there are layers of meaning in "The Duke" that are still worthy of discussion. In the case of "The Duke," these elements actually say a great deal about not only the Trump era specifically, but the psychological forces that can drive politics in general.

Before going any further, please know that major spoilers follow.

In "The Duke," an unemployed and mild-mannered man named Brian (Jorge Garcia) goes to a casino with his wife Maureen (Rhea Perlman), where she is promptly hit on by a suave and mysterious man simply known as The Duke (Ray Wise). When Brian confronts the man attempting to seduce Maureen, The Duke uses a coin to hypnotize Brian into believing that he is a mere child, that his wife and The Duke are his parents and that his previous life was just a dream (implied Oedipal complex, anyone?). Although the ruse works for a time, Brian eventually figures out the truth and tries to throw The Duke out of his house — only to be persuaded, after a successful night of "father-son" gambling with The Duke, that he would be better off just allowing himself to remain cuckolded and infantilized.

It isn't unusual for Tim & Eric to use themes of creepy father-son relationships (or, in this case, faux father-son relationships) in their work. What makes "The Duke" distinctive, however, is that it plays off of two deeper fears that have become particularly prominent in Trump era politics — namely, the fear of being emasculated through cuckolding and the stigma attached to being a man-child.

Think about how, among the alt-right, the term "cuck" has become a favorite insult. Although there is a definite racist and misogynistic subtext to how the epithet is used (one that does not appear in "The Duke," where the races of the characters and actors are unimportant), there is a more fundamental insecurity at work in the popularity of that term. When a man is cuckolded, the implication is that he isn't actually a "real" man. His humiliation is believed to reflect on profound shortcomings in his character, suggesting that he is sexually inadequate, physically unattractive, and/or a "loser" who is unworthy of social respect or status.

These themes aren't subtle when it comes to Brian. When he angrily approaches The Duke for slow dancing with Maureen, the conversation quickly gets turned against him as he is forced to admit that he is "between jobs." His appearance is slovenly, as reflected in a quick shot in which The Duke sizes him up while he scarfs down his dinner at the casino cafeteria. No matter how hard Brian tries to gain the upper hand against The Duke during their various machinations, his antagonist always remains dominant. By the time Brian accepts that he is to spend his life as a child at the episode's conclusion, his thorough cuckolding has reduced him to a state that draws to mind the definition of the word "pathetic" — "having a capacity to move one to either compassionate or contemptuous pity."

And this brings us to the other major theme of the episode — the man-child.

Here it is a go-to insult used by the left, rather than by the right, that appears under the spotlight. A blurb from Vice sums it up best with its definition for why liberals use the term "basement dweller" when describing members of the far right:

Long before internet subcultures were overtly affiliated with political parties, members of these groups were referred to as losers who live in their parents' basement and rarely leave to see the light of day. The left has simply used the transitive property to deliver this insult to Trump supporters. Basement dweller = internet subculture = 4chan = Pepe = Alt-Right = Trump supporter.

While Brian doesn't fit all of these stereotypes, the man-child association with him is evident even before he literally becomes a child in a man's body. Even worse, as The Duke accurately points out, Brian is genuinely happier when he can just act like a kid, one who still lives with his parents and gets excited when he receives toys as gifts.

Is it a coincidence that Tim & Eric came up with a plot that draws from these two masculine insecurities right around the time they rose to prominence in our political discourse?

Probably yes. At the same time, that doesn't make these themes any less relevant as topics for exploration. As I pointed out during my interview with Tim & Eric, many of Freud's theories reflected his insecurities about the decline of the liberal order in early 20th-century Austria. Far right-wing politicians like Karl Lueger used the language of masculinity to prop themselves up and depicted their liberal opponents as, well, effeminate and weak. Even worse, although Freud couldn't have known it at the time, within a few decades the political establishment that allowed a Jewish intellectual like him to rise as far as he did (although Freud still faced anti-Semitism) would be toppled and replaced with the very fascists whom Freud so passionately despised. Shortly before he died, Freud was forced to flee his beloved Vienna because those masculinity-obsessed Nazis had conquered Austria.

In the end, politics always has and always will be driven by basic impulses like the ones captured in Tim & Eric's decisively non-political story, regardless of where the politics themselves are set. While the primary purpose of "The Duke" is to make you laugh — and I highly recommend it on those terms, although in the comedy department I personally think the best "Bedtime Stories" episodes are "Roommates," "The Endorsement" and "Baklava" — it manages to capture something about the zeitgeist of our time that shouldn't be overlooked.

After all, when future cultural historians look back at our time for works of art that can help explain it, I strongly suspect that they won't overlook "The Duke."