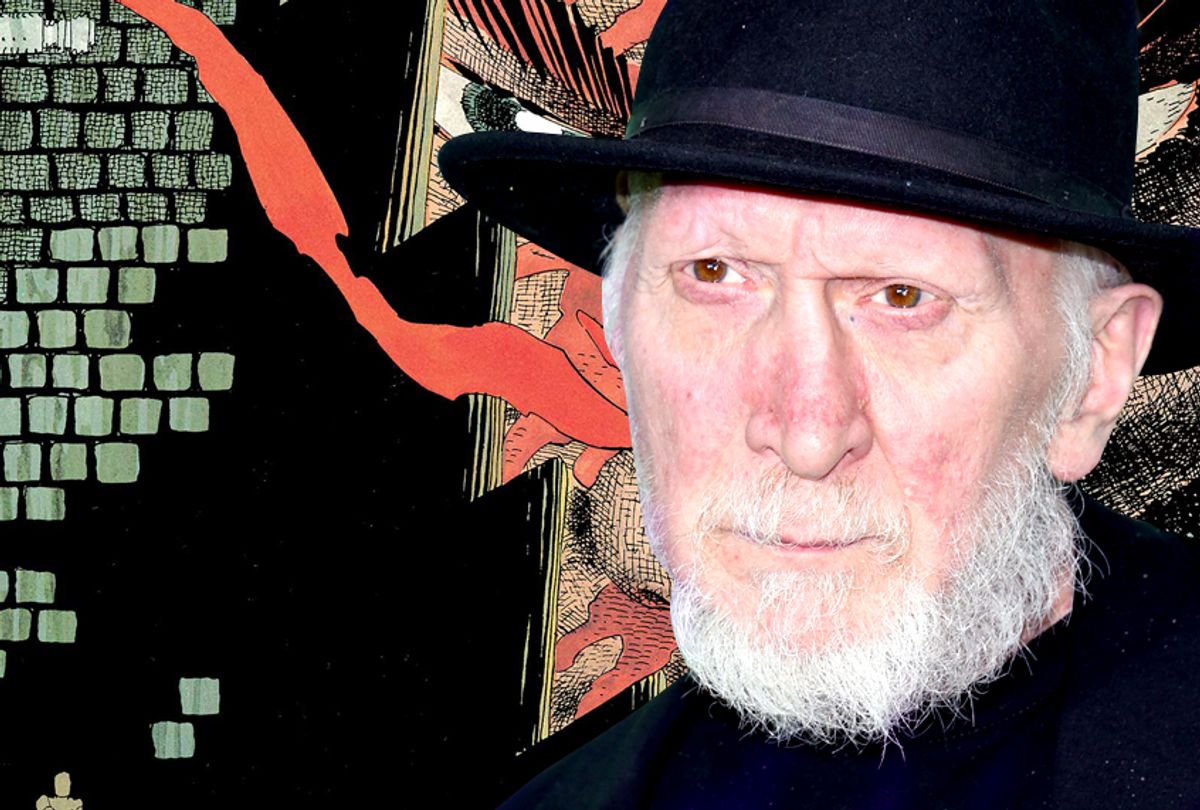 Frank Miller is one of the most influential voices in contemporary American comic books. During his 40-year career he was written such notable comic books and graphic novels as "Daredevil: Born Again," "Sin City," "300," "Ronin" and "Give Me Liberty." He has won every major award in the comic book industry and is a member of the Will Eisner Award Hall of Fame.

Miller is almost certainly best known for his work with Batman, alongside Superman the most iconic of all DC Comics book characters. Beginning with "Batman: The Dark Knight Returns" in 1986 and then continuing with "Batman: The Dark Knight Strikes Again" and "Batman: Year One," Miller's version of the character is widely identified as helping to usher the American comic book industry into a new era of more mature, more realistic storytelling.

Miller has returned to the caped crusader once again in the new graphic novel "Batman: The Dark Knight: Master Race." I recently spoke with Miller about his career, reflections on living a creative life, the origins of his version of Batman and how the election of Donald Trump represents a prime opportunity for cartoonists and other artists.

A longer version of this conversation can be heard on my podcast, which is available on Salon’s Featured Audio page.

Given the political themes in "Batman: The Dark Knight Returns," what are your thoughts on the rise of Donald Trump and the fascist movement he represents?

All I can say is that this president is an opportunity for cartoonists. The buffoons usually are. But this one has a particular range of exceptionally cartoony characteristics.

With Trump's obvious deficiencies, I can also see a great amount of hack work coming out of this too.

But you could see also that Richard Nixon and Ronald Reagan were both easier cartoon presidents. There’s everything from that cheap work to some rather exquisite cartooning done. It depends on the talent.

What do you think separates the folks who have gifted insight from those who are just superficial?

At this point in your long career you have likely been approached to do many projects that either don't interest you or may not fit your talents. How do you resist those temptations?

Well, that’s a stage to a career. That’s particular. If you’re on your way in your career, you find the things either that you’re good at or that you want to do or that you’re not good at and you want to test yourself on. At this stage in my career, I’m looking for more things I haven’t done before.

What are some of those examples?

There’s a whole lot of different stories to do. They don’t all involve guys in tights, even though I do love those.

The "guys in tights," as you say -- Batman and other classic American superheroes -- are archetypes.  Superman is a sun god. Batman is a response to deep fears in the subconscious. What stories are left to tell using those archetypes?

I’m looking for my crack at Superman. I’ve got a bunch more historical stuff to do because there’s endless number of stories waiting to be told.

What are some of the mistakes are to be avoided with such an iconic character?

We need to stay away from anything that stinks of conceit. He could never be cocky. I would not use the word “humble,” but he’s a modest man. Batman is the character who can be cocky and arrogant. Superman cannot afford to do that. He’s far too much of a responsible power. I have to get in a completely different headset to work on Superman.

How did your conception of Batman differ from those in the past?

The way I approach Batman was affected by my rough-and-tumble times in New York. But also a big part of that was that I happened to get ahold of Batman just at a time when the direct market was exploding. The demographics of the audience was charted. So people knew that it was older and that more adventurous work could be done. DC Comics had also entered a new era with different leadership. I got to really play with the toys.

Many people fail when given the opportunity to work on a project they have always dreamed of. They are crippled with anxiety or their egos take over, which means they can't tell the best story possible.

The answer to that is, No. 1, have a good editor. A good editor isn’t just somebody who worries about the company’s needs and fixes the spelling. A good editor is also a good audience. They are enthusiastic when it’s good and tell you when something bugs them. They've told me what didn’t work, and I’ve rewritten it. The other thing is to have the right people in your life.

How do you separate out the sycophants or just the folks who are not going to tell you the truth, maybe because they want you to succeed for their own narrow purposes? How have you kept the good folks who are honest and weeded out the others?

My own experience is the sad fact is that you don't until you pay the price for it, and then you learn inch by inch to do it. If someone is around you telling you that you’re wonderful all the time, that is not the kind of person you should be hanging out with.

There is that old truism that all writing and creative work is on some basic level autobiographical. Do you think that’s accurate?

Picking up on that vein, what is the connective tissue between your three runs on Batman, including the newest, "Dark Knight: Master Race"?

They have three distinctive voices. The first "Dark Knight" is very, very angry. The second one is many ways a joy ride through the DC universe. I think in the third one, it’s more solid adventure and  is much less about age than it is about youth. So, again, the generational aspect refreshes the whole thing about that.

What was the light-bulb moment for the newest run on "Batman"? Was it something you were always waiting for?

It wasn’t a gigantic moment. No. These things grew for a long time. It’s sort of like the stars have to come into alignment on them.

I recently saw you give a talk about your work on the "Robocop" movies. Successes are very important. But, we also learn a great deal from failures. What went right and what went wrong with the sequels to the original "Robocop"?

Oh, it was a roller coaster ride of a education. What went wrong was I’m trying to do everything at once. I’m trying to have the greatest story ever told in a 90-minute adventure movie. It’s kind of a torturous adventure in a lot of ways. But it ended up being me coming out of it grateful for the schooling I got. You don’t often get to make that many mistakes and survive. It left me more equipped for when the call from Robert Rodriguez came.

You had great success with Robert Rodriguez and his adaptations of your "Sin City" graphic novels. What did he teach you?

He surprised me with how ruthlessly faithful he wanted to be to the source material, on everything from casting to costume. He’s a master cameraman and was finding ways to process and shoot so that it looked as much as like a drawing from the page as you could get it. As he put it to me, “I don’t want to adopt the comic book into a movie. I want to adopt the movie into a comic book." What he also taught me along the way was the astonishing ability to compress stories -- I didn’t think you could fit that many "Sin Cities" into one movie. But it did and it made it all better.

The job of the artist is to evoke an emotional response from the audience. When you’re watching "Sin City" on the big screen for the first time, how did you feel?

When I saw it in the big screen, I was exhausted. It had been a year and a half in my life. I was glad when people laughed at the jokes. But it was so familiar at that point that I was just hoping people liked it.

Rodriguez has also done something amazing with the El Rey Network. What was once thought of as a type of subculture -- "B-movies" -- now have their own network on cable TV. This speaks to something larger with the way comic-book movies are now huge franchises. Even comics conventions are big business now. Would you ever have thought that comics would come from their pulp origins to dominate film and culture more generally?

I just watched that happen. It’s a dream come true, and it's taking shape in many strange ways.

Looking back on your earlier work on "Batman" and now "The Master Race" what do you want readers to take away from it?

Just that they read a really good yarn. I’m here to deliver the goods on a good story.