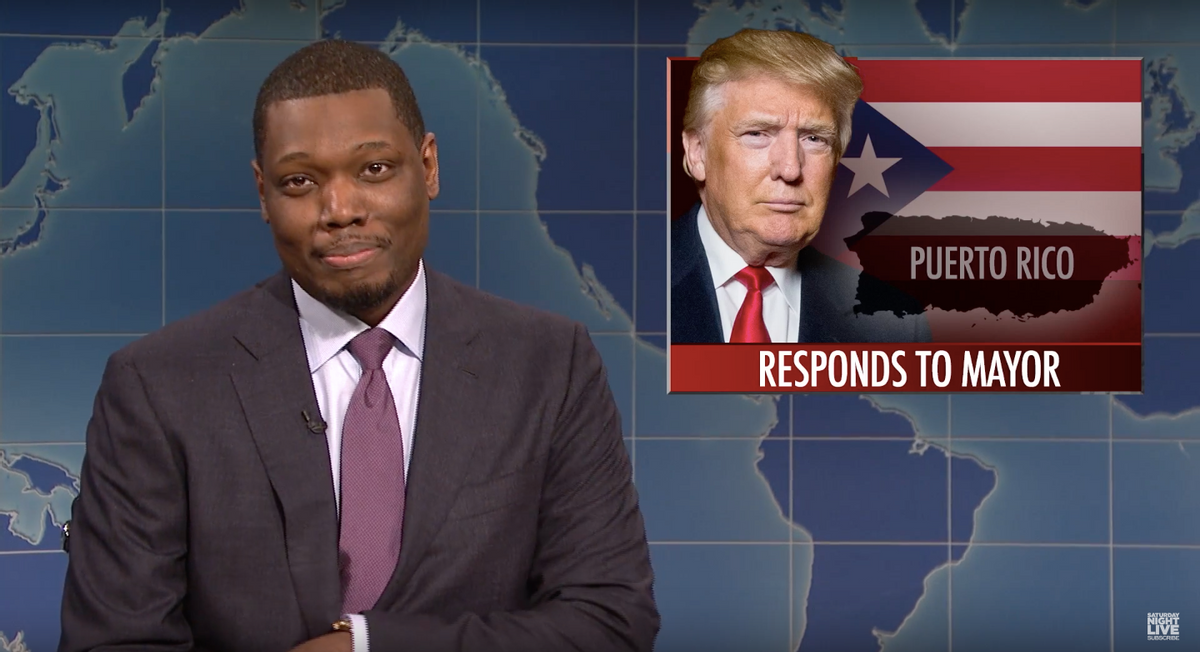 "Saturday Night Live" got political in its season premiere Saturday night. But the satire wasn't all that biting — verbal punches weren't really thrown. That is until “Weekend Update” co-anchor Michael Che delivered a heated attack on President Donald Trump, calling him a “cheap cracker” over his responses to Puerto Rico and the protests in the NFL.

"Oh, really Donald, you bitch?," Che said. "Was she nasty to you? How nasty? Are you shaking? You wanna go smoke a Virginia Slim until your hand stops moving?"

"This isn't that complicated, man, it's hurricane relief. These people need help," Che added. "You just did this for white people twice. Do the same thing. Go tell Melania to put on her flood heels, get some bottled water, some food, pack up some extra Atlanta Falcons Super Bowl T-shirts, and write them a check with our money, you cheap cracker.

"In one month, you've mishandled Puerto Rico, DACA, the NFL, it's like whenever anybody darker than your golf pants has a problem, you're thinking, 'how can I make this worse?'"

"Well, CNN and MSNBC already hate me. How can I get ESPN to hate me to?"

Jost said that he was worried that Trump would try to start a feud with Nickelodeon next be demanding the network to show Dora the Explorer's papers.