The late Justice Scalia would say no and the Supreme Court just might agree, says one legal scholar 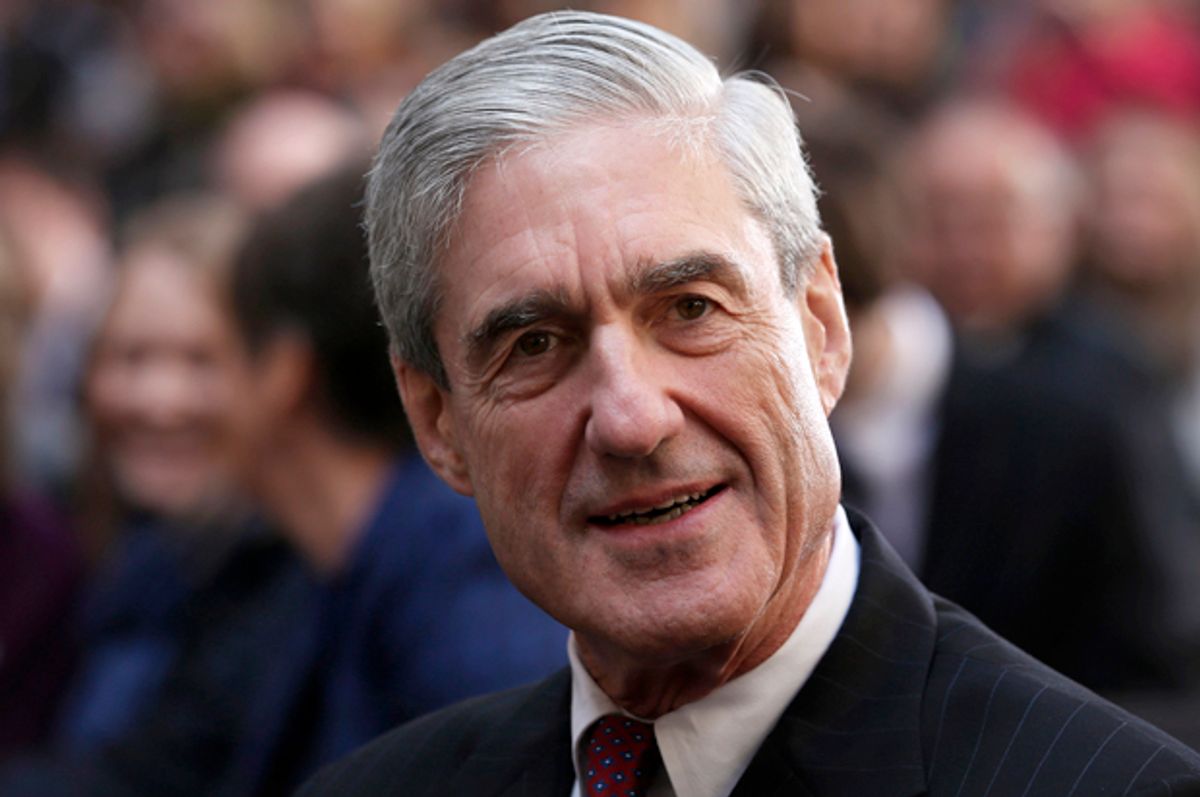 Now as Mueller’s investigators sift through Paul Manafort’s personal papers, analyze Facebook ads bought by Russians and consider the indictment of two of Trump’s closest advisers, the Senate must decide what, if anything, to do to protect Mueller.

The proposed laws designed to shield Mueller are unconstitutional and could “boomerang,” warned Akhil Amar, a Yale Law School professor who described himself as a registered Democrat concerned about Trump.

“The upshot of these bills, were they to pass Congress, would likely be to embolden and empower a president who does need to be checked and chastened,” Amar testified.

Eric Posner, law professor at the University of Chicago, countered that “both bills are constitutional . . . [P]rotection for the special prosecutor strengthens our democratic system of government by ensuring that the president complies with the laws enacted by Congress, and does not use his immense power over law enforcement to shield himself and his associates from investigation of wrongdoing.”

Behind this arcane debate lurks the ghost of Antonin Scalia, the conservative jurist who died last year.

But Scalia’s dissent has proven influential with his fellow justices and with liberal and conservative legal scholars. In their prepared remarks, Amar and John Duffy of the University of Virginia argued that the proposed laws would likely be overturned by the current Supreme Court, relying on Scalia’s arguments.

“Even if these bills somehow become law, they would likely be struck down by the current Supreme Court by a vote of at least 6-3 and possibly even more overwhelmingly,” Amar said.

Posner and Steve Vladeck of the University of Texas insisted that the proposed laws are consistent with previous court rulings and thus would not be overturned.

The legal arguments turn on the subjective judgment of just how radical this Supreme Court might be.

Overturning precedent is rare in American jurisprudence, but not unknown. Intervening in political disputes is also rare. But in the Bush v. Gore decision of December 2000, the five Republican-appointed justices short-circuited both precedent and Florida law and delivered the election to the Republican candidate who finished second in the popular vote.

If Trump fired Mueller and the high court rejected congressional protections as unconstitutional, the president could claim vindication and kill the investigation into ties between his campaign and the Russian government. Amar’s legal analysis raises a disturbing possibility: The Supreme Court could rescue a lawless president from an emboldened Congress.

Chairman Chuck Grassley (R-Iowa) said he doesn't know yet whether he's prepared to support either bill and plans to gauge the "consensus" on his committee.

One bill, sponsored by Lindsey Graham (R-SC) and Cory Booker (D-N.J.), provides that the attorney general (or the acting attorney general who stands in for the recused Jeff Sessions) must obtain approval from a three-judge district court before removing the special counsel.

The other bill, sponsored by Chris Coons (D-Del.) and Thom Tillis (R-NC), empowers the special counsel to challenge his or her removal by the attorney general before a three-judge district court, which must evaluate the removal within 14 days.

At the hearing, both Republican and Democratic senators vowed to defend Mueller and said they expected the two bills to be combined into one.

Graham said after Tuesday's hearing that he would be "fine" with leaving the Mueller bills in the Senate's back pocket in case Trump returns to any public or private threat to fire the special counsel.

But Rhode Island Sen. Sheldon Whitehouse, one of Graham’s Democratic co-sponsors, said the recent tempering of Trump’s complaints about the Russia investigation are no reason to stand down on the legislation.

“I think it would be a mistake to base that decision on present circumstances," Whitehouse said. "As the noose starts to close around the White House and around the Trump family, a very different set of behaviors could emerge. It’s under those kinds of pressures that the special counsel needs to be able to continue its work.”

One thing is for sure: As the noose starts to tighten around the White House, Trump will look to the Supreme Court to save his presidency. Whether he gets it is an open question.