Jared and Ivanka had a third secret email account: report

"They’ve pretty much been using it since they got here," one ally says 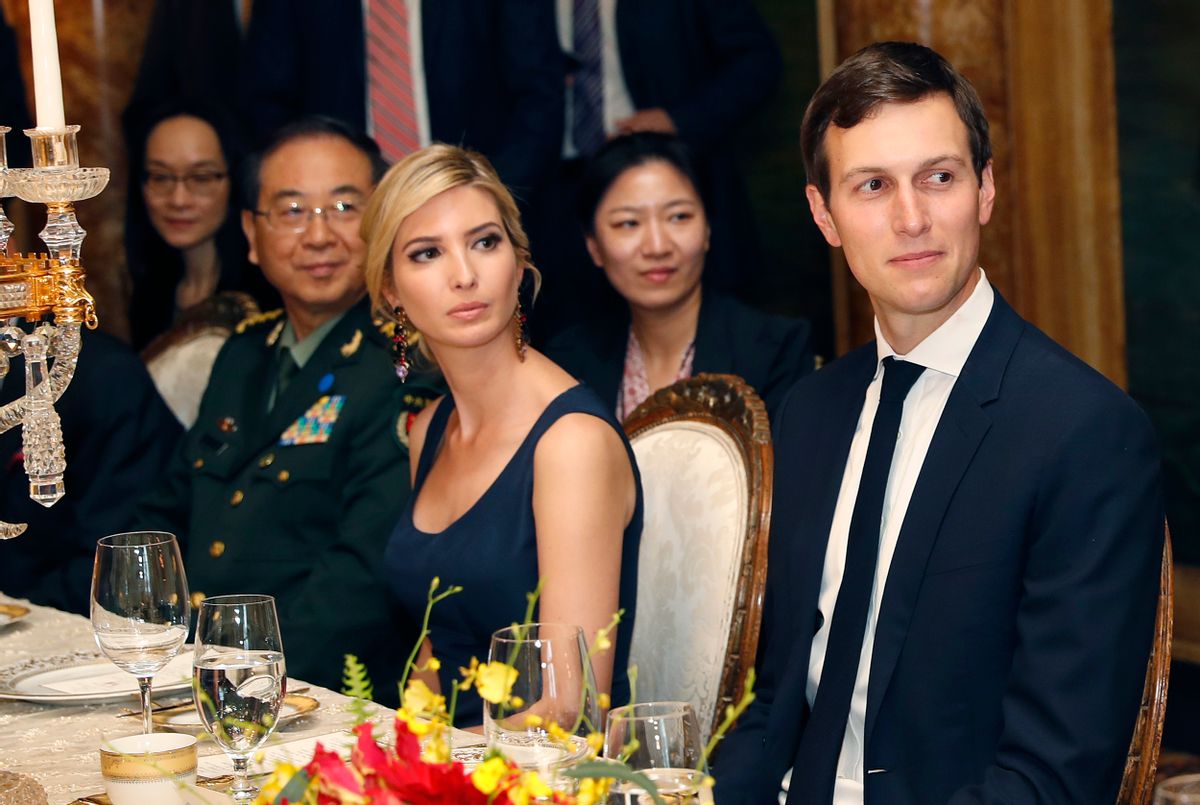 Jared Kushner and Ivanka Trump may have had a third email account. And that server, on the Kushner private email domain, is now the focus of an expanding investigation by the White House.

Hundreds of emails from the White House were sent to an account that both Kushner and Trump had access to and shared with their personal domestic staff, according to Politico. These emails included "nonpublic travel documents, internal schedules and some official White House materials," according to the report, and were frequently sent by either Ivanka Trump herself, her assistant or others who work with the couple in the White House.

"They’ve pretty much been using it since they got here," one source told Politico.

A representative for Ivanka Trump's family, on the other hand, insisted to Politico that she and Kushner have done nothing inappropriate.

"Her White House assistant did not and does not work on these matters. Her personal and work obligations, schedule, travel arrangements and contacts were and are coordinated in accordance with this separation, as she was advised to do," the representative said.

In related news, the Department of Justice released a series of legal memos on Tuesday that had been overruled by a career official in January on the grounds that they were either in error or outdated, according to another Politico report. Those decisions had deemed that an anti-nepotism law passed in 1967, and widely perceived as a response to President John Kennedy's decision to appoint his brother Robert Kennedy as attorney general, effectively barred presidents from appointing family members to official positions.

Most recently, President Barack Obama's Justice Department decided that the president could not appoint his half-sister Maya Soetoro-Ng or his brother-in-law Conrad Robinson to various positions on the basis of the 1967 law.