Well that was fast 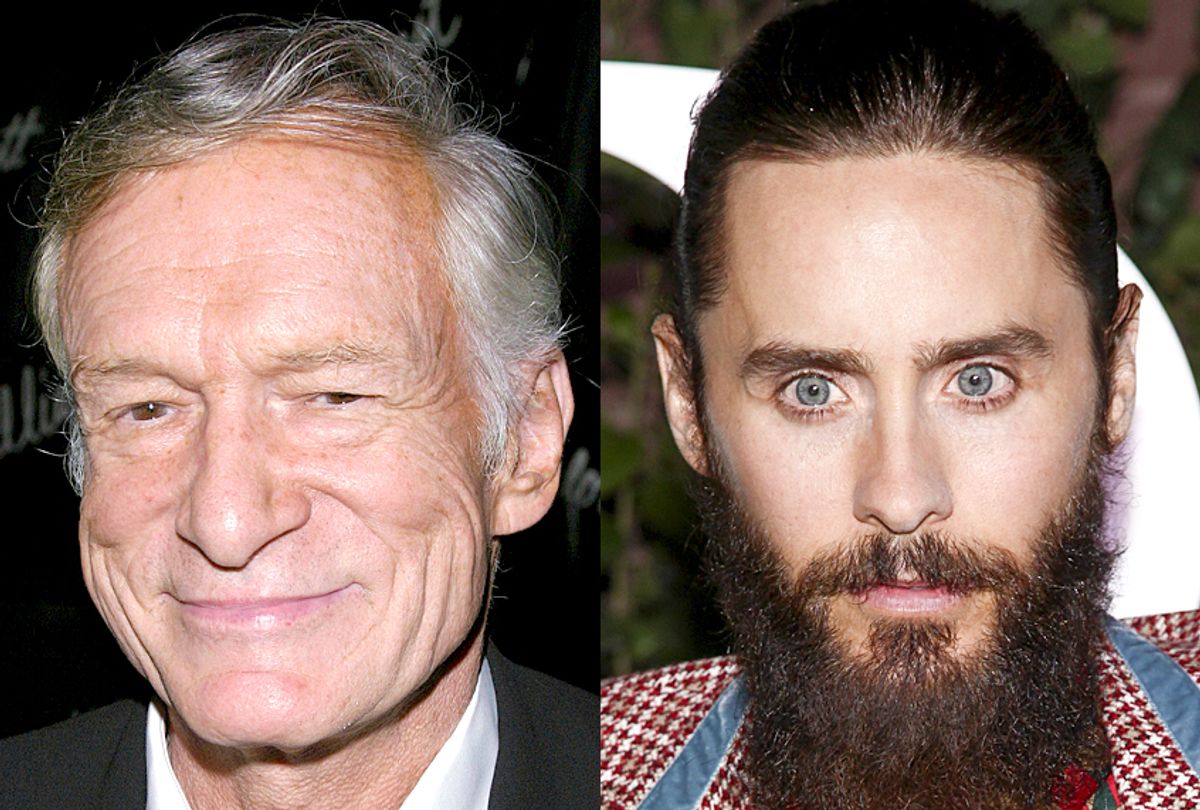 Jared Leto is poised to play the famous, controversial and recently deceased Playboy founder, Hugh Hefner, in a forthcoming biopic directed by Brett Ratner, according to the Hollywood Reporter. Hefner passed away at the age of 91 just six days ago.

According to the Reporter, the project has been in the works for some time. There is no indication that Ratner's RatPac Entertainment moved up the announcement to take advantage of the buzz, but — eh — maybe?

Said Ratner, the director of such films as "Hercules," "Tower Heist," "X-Men: The Last Stand" and the "Rush Hour" trilogy: "My goal is to do the motion picture as an event." About his star he said, "Jared is an old friend . . . When he heard I got the rights to Hef's story, he told me, 'I want to play him. I want to understand him.' And I really believe Jared can do it. He's one of the great actors of today."

To be somewhat more precise than Ratner, Leto is one of the most in-demand actors today. Known for his Oscar-winning role in "The Dallas Buyers Club," as well as for his work in "Requiem for a Dream," "My So-Called Life" and "Suicide Squad," Leto will appear in "Blade Runner 2049," debuting this week, the forthcoming "Tron 3," "Suicide Squad 2," "The Outsider," and a Joker and Harley Quinn action romcom.

Nonetheless, Leto seems somewhat an odd choice to play the publisher. Not only do the two show little physical resemblance, but their manner and comportment are quite different. Leto is, without doubt, a strong screen presence, but he has not to date shown an ability to inhabit the roles of real people in a grounded convincing way (while "Dallas Buyers Club" was based on real events, Leto's character was fictional).

The under-talented but always working Ratner, too, has little-to-no experience with the biopic format (though he has done some decent work in documentaries). That said, Ratner's interests align well with the project. On top of considering himself quite the Sinatra-era raconteur, Ratner has been criticized for embracing some of the same problematic, toxic attitudes regarding women that Hefner displayed at times throughout his career. Oh, and he's working on bringing Hefner's late-1960s talk show, "Playboy After Dark," back to the small screen, so there's that.

There is no release date or title for the Hefner biopic at this time.