Trump to Puerto Rico: "You've thrown our budget a little out of whack" 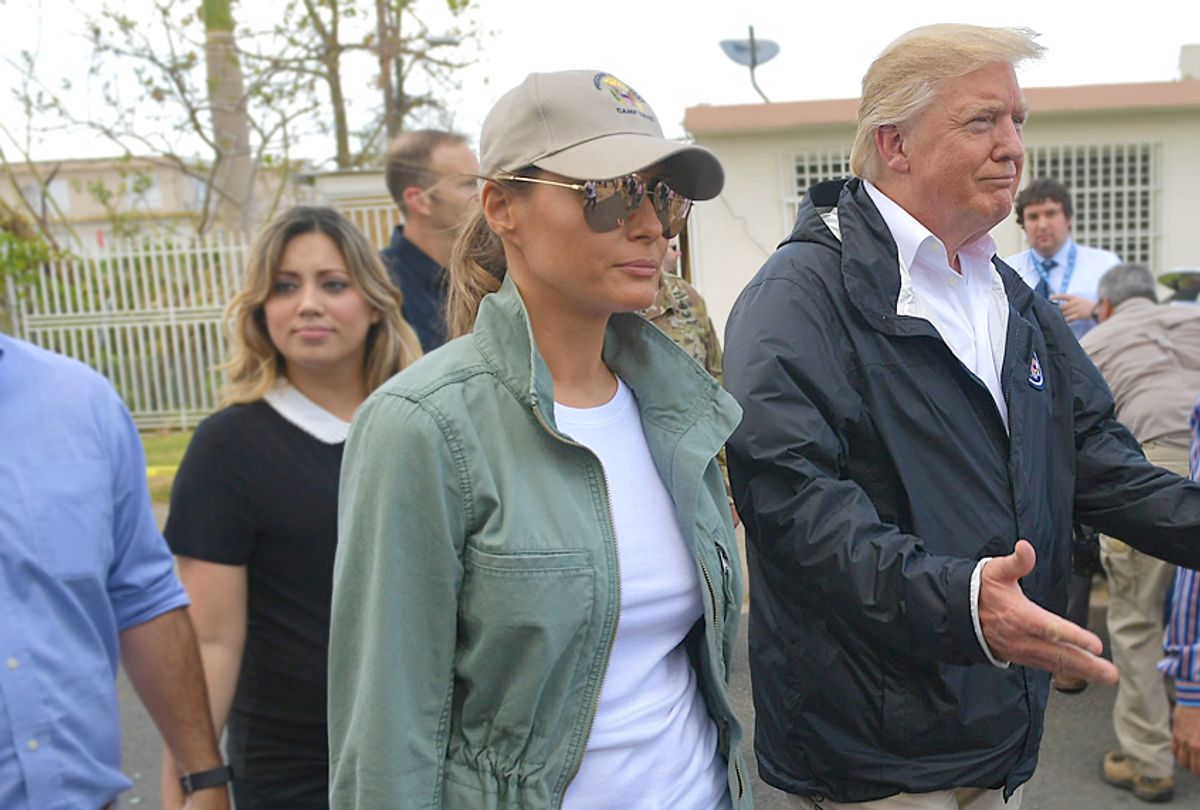 President Donald Trump's trip to Puerto Rico — hours after implying that the residents of the island were to blame for the destruction stemming from the natural disaster that befell the American territory — was highlighted by a photo op in which he bragged about his disaster response and once again seemed to blame residents because the U.S. will have to spend money there.

"I hate to tell you Puerto Rico, but you've thrown our budget a little out of whack because we spent a lot of money on Puerto Rico, and that's fine," Trump said. "We have saved a lot of lives."

"You have thrown our budget a little out of whack, because we've spent a lot of money on Puerto Rico and that's fine," Pres. Trump says pic.twitter.com/9V4caKaG80

The president also was obsessed with comparing Maria to Hurricane Katrina. He pointed to Katrina's death toll, which was over 1,000, to the official tally of 16, which, Puerto Rican officials admit, is out of date.

"You can be very proud, only 16 versus thousands in Katrina," he said.

Trump was quick to point out what a great job his administration was doing, by playing up the disaster on the island in his opening remarks:

This has been the toughest one. This is a Category 5, which few people have ever heard of. It hit land, and boy did it hit land.

"I just want to tell you that right from the beginning this governor was not playing politics," Trump said of Puerto Rico Governor Ricardo Rosselló. "He was giving us the highest grades."

Minutes after complaining about the Puerto Rico-sized hole coming out of Trump's budget, the president boasted that he was ordering expensive new planes for the military.

"Amazing job. So amazing we are ordering hundreds of millions of dollars of new airplanes for the Air Force," Trump said. Especially the F-35. You like the F-35? ... You can't see it. You literally can't see it. It's hard to fight a plane you can't see."

And then, there was how he ended the photo op:

Trump literally just ended a conversation with a family of Puerto Rican victims by saying "Have a good time". He's fun. pic.twitter.com/M8b9jgbFz0