Young Mars may have had water lakes and methane bursts

It was no paradise, but young Mars may have been warmer and wetter, according to a new paper 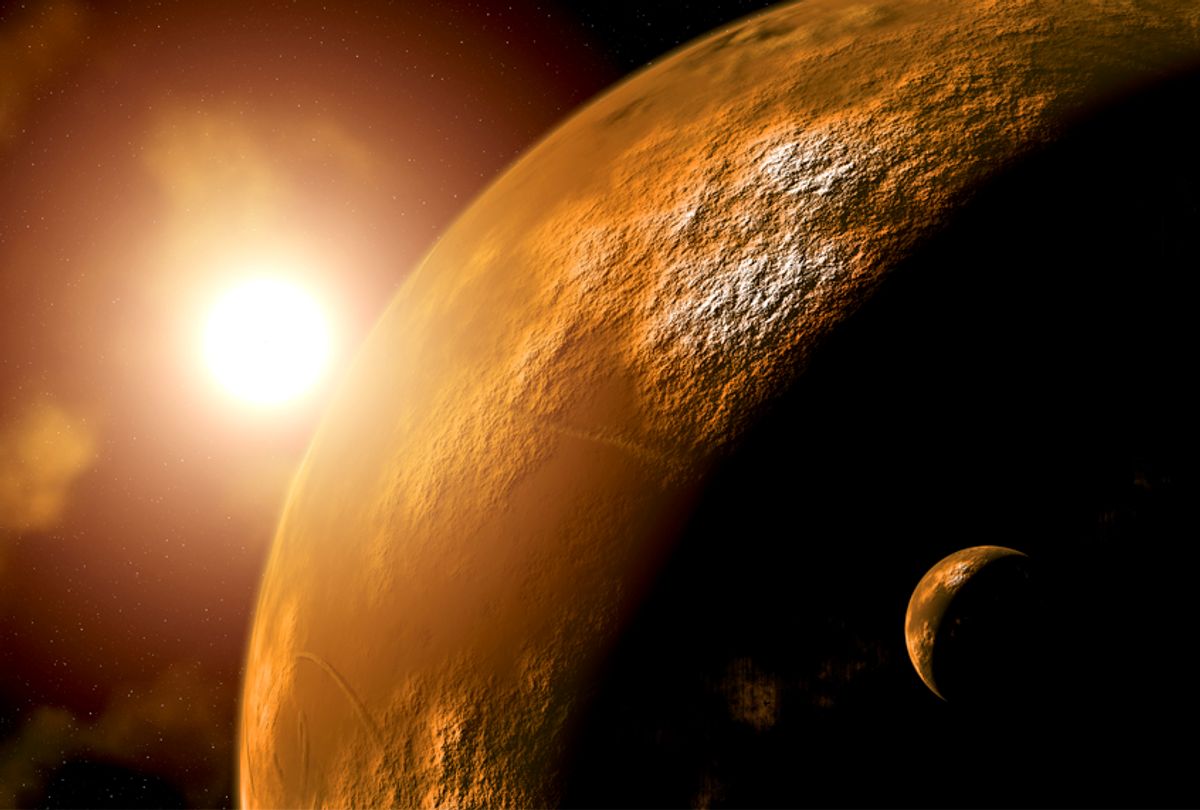 Could Mars have once hosted life, and could those lifeforms have gone for a swim at the local lake? Possibly. Today, Mars is a frigid place, but a new study from Nature Geoscience says that billions of years ago — 3 to 3.6, to be more precise —the planet underwent bouts of global warming due to the atmospheric release of methane, which resulted in the formation and flowing of liquid water lakes. What does this all mean? That Mars was once “warmish and wettish,” according to a NASA scientist independent of the study.

The theory begins with Mars’ unpredictable, "wildly" wobbly axis. Just as Earth experiences seasons due to its axial tilt, which periodically exposes more of the northern or southern hemisphere to the sun, scientists hypothesize that Mars' tilt affected its temperatures, albeit in a more extreme manner. The biggest difference between our planet and Mars? It's all about the moons — where Earth's moon is substantial and orbitally stable, Mars' moons are "small and misshapen" — essentially, glorified asteroids likely captured by Mars — thus giving them less of a stabilizing effect on Mars' orbit. As a result, when its axis was especially tilted, the Sun thawed reservoirs of methane at Mars’ subsurface, the gas from which was released and then mixed with carbon dioxide already in the atmosphere. Robin Wordsworth's research suggests this caused several hundreds of thousands of years of incredibly intense warming climates as a result of these greenhouse gases. Sound familiar?

There are other possibilities for what could have warmed the red planet: perhaps volcanic explosions that emitted greenhouse gases, or perhaps an asteroid impact. But according to the Nature Geosciences paper, neither of these scenarios could have produced a global warming intense enough to last several hundred thousand years.

There exists, then, a “decades-old debate” on the presence of methane on Mars: as is the case on Earth, living beings produce methane as they die and decay. Could life on Mars have done the same? Perhaps. But authors of the study at hand point to a more likely possibility: a chemical reaction between rocks and water near the planet’s core that produced the volatile hydrocarbon. That methane then made its way towards the surface of Mars and found itself trapped in ice, only to eventually melt, thus creating the reservoirs.

Either way, the likelihood of liquid water points to the possibility that Mars could in fact harbor life, at least in the past. The existence of water lakes on Mars is neither an outrageous claim, nor a new one. The Curiosity rover and other Mars orbiters have found “eroded ancient deposits of transported sediment long since hardened into interweaving, curved ridges of layered rock,” according to NASA. “Scientists interpret some of the curves as traces of ancient 'meanders' made in a sedimentary fan as flowing water changed its course over time.” Essentially, these space explorers have spotted valleys of river deltas most likely carved by water.

Let’s not get carried away though, Edwin Kite, an author of the study, reminded The Verge — “habitable doesn't mean inhabited!”

Nevertheless, Kite says there is, of course, an element of uncertainty to the study. Because it is currently impossible to prove the existence of methane reservoirs, “all our evidence is indirect,” Kite said. “That is probably the biggest weakness of our model.”

This theory will be put to the test in 2018, when the European Space Agency’s ExoMars Trace Gas Orbiter dips near enough to the planet's surface in its orbit to sniff out any trace of methane. Only then will there be a way to formally disprove the theory.