Dan Savage knows a great sex story when he hears it 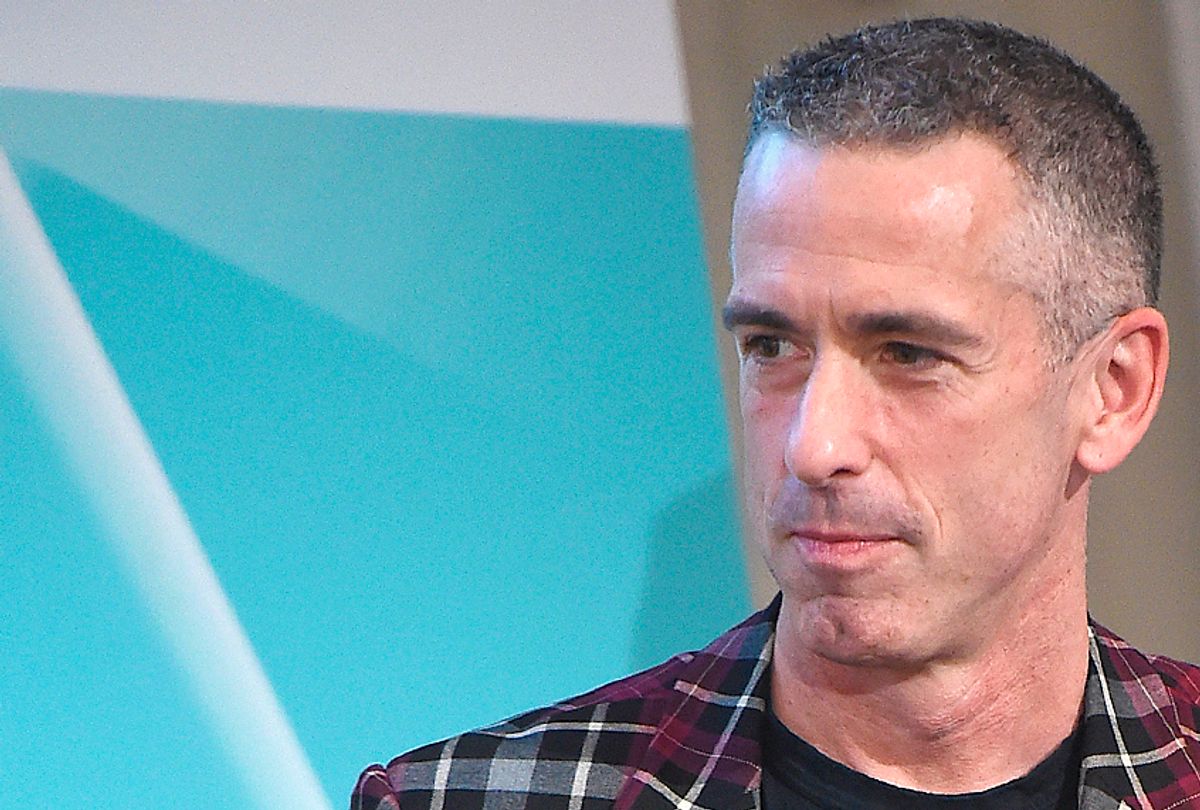 Dan Savage started out and continues to have a career with his Savage Love column and its companion podcast, in which he gives often salty advice to people writing or calling in with sex and relationship problems. So now he's trying something new: Stepping aside and letting people tell their stories without quite so much editorializing about how they're getting it all wrong.

With his new show "Hot Mic," Savage plays host and referee while a series of often hilarious story tellers share their most embarrassing, strange or sexy experiences. The show features both high profile guests like Rachel Bloom from "Crazy Ex-Girlfriend" or Cheryl Strayed of "Wild" fame but also stories from underground artists working storytelling venues around the country.

I interviewed Dan about his show and why storytelling about sex continues to hold so much fascination.

I like to listen to stories about peoples’ sex lives. I know you do. We can already get that through "Savage Love Cast," so what makes "Hot Mic" different?

Well, these aren’t people asking for my help; these aren’t people asking questions. A lot of these people have figured their own shit out or just have a great story to tell. One reason people read advice columns is to not just vicariously experience shit or rubberneck at shit that they wouldn’t do. One reason we read stories is to vicariously learn from other people's experiences, examples, problems. That is at play with "Hot Mic": You learn from other people's experiences, what they went through. Instead of me drawing the conclusion for the listener, it’s the storytellers themselves who work through it and have usually a lesson to draw from it.

I feel like storytelling is having a moment in our culture right now. There’s a lot more storytelling podcasts, series and efforts. What do you think is causing that?

There’s a lot of storytelling shows and podcast radio shows out there. "This American Life" is embedded in their DNA. Podcasting that made more space available for more people to share their stories. People like to hear other people’s stories. Particularly other people’s stories about sex and romance and relationships and disasters or successes. Those are particularly entertaining. Desire, heartbreak, heartache, a loss: These are all experiences that we share. Under whatever makes us different, gender or sexual orientation or tastes or interests, all that stuff is the frosting on a much thicker cake. What makes us different is minor and what unites us is major.

We're in a time of a lot of divisiveness in this country, and I don’t mean to make everything political, but it’s nice to be reminded that we’re all human beings underneath all this and we kind of share certain things no matter what.

We like to share these stories because we all feel a bit helpless and out of control when it comes to sex and desire and lust in relationships. Because we are a little helpless and out of control, we like to pretend that we’re in charge of sex and we’re not. Sex is in charge of us. We’re responsible for our choices, but what we want is dictated to us. It's not something that we choose.

We’re helpless, often, in the face of the independent actors that are other human beings, who may betray us or who we might betray. We all feel so vulnerable when sharing those stories.

You mentioned Ira Glass and "This American Life." This podcast is a little bit more in that vein, unlike "Savage Love Cast," which has a more caustic, rowdy tone. Why did you decide to do a kind of different format and a different tone with this?

With "Savage Love" the column, I allowed people to use the language they actually used when talking about sex and relationships with their friends when they were drunk, as opposed to having [to] just slip into some sort of newspaper Sanskrit medical jargon.

That’s what these stories offer. People get up in front of a mic and tell their stories and be just as honest and just as vulgar at times and just as scolding or self lacerating or other lacerating as we are when we share our stories.

You do have the format of "This American Life," but because it’s on Audible [as opposed to broadcast on radio], you can be a lot bolder in the language choices than they would be. And you know, it’s a funny show.

I have to say the very first episode, which the theme was marriage proposals, left me kind of fucking traumatized. The story the woman tells about going on a date, and her date proposed to another woman during the date.

I think the right attitude is to feel the fuck out of your feelings and have your sad and have your wallow. Then at a certain point, pivot and go, "At least I got a great story out of it." She can dine out on that story for the rest of her life. Sometimes even [in] the worst experiences of your life you can find that silver lining.

The second episode that you’ve got is about ghosting. You come out pretty strongly against ghosting as a way of dumping somebody. Is this like a hard and fast rule for you, or is there a permissible amount of ghosting?

There are permissible amounts of ghosting. If you had a one night stand with someone and never heard from that person again. They were ghosted and they were really hurt. Well, it was a one night stand, how invested were you emotionally in that relationship? And if you’re so invested in it that you're devastated to never hear from that person, the fault is yours. You made too large an emotional investment in someone that you just met and really don’t know, even though you wrapped your genitals together.

Still, I think people are cowardly when it comes to ending a relationship. Nobody wants ghosting done unto them. Well then, don’t fucking ghost on people. How hard is it to send a text? If nothing else to say, "Look, it was nice to know you and I wish you well, but this isn’t something I want to pursue."

Some story tellers talk about just truly dressing someone down. Are you a fan of just dressing somebody down if they’ve done wrong, or should you just leave it alone?

I was a fan in my youth and childhood. I had a couple of epic breakup scenes, including once where I waited for the elevator doors to close and then broke up with this guy in college in a crowded elevator full of people, where he literally couldn’t escape while I dressed him down in front of people.

But ultimately no good comes of that. Eventually I grew up a little bit and thought well, I wouldn’t want that done to me or done unto me either. I got a little kinder.

I think at those moments when you’re going to dump someone you need to try to tap into just a little bit of what you liked about them in the first place. Because you don’t want to pull every edifice down and salt the earth on your way out.

One of the weird mysteries of human life is the way that the people that make us the happiest and excite us the most can also end up often being the people who piss us off the most too.

Everything you need to know you learn listening to musicals. [From] "Avenue Q": "The more you love someone, the more you want to kill them." So true and so wise.