Don Jr. suggests that the noise suppressors are a great way to get "little kids into the game" 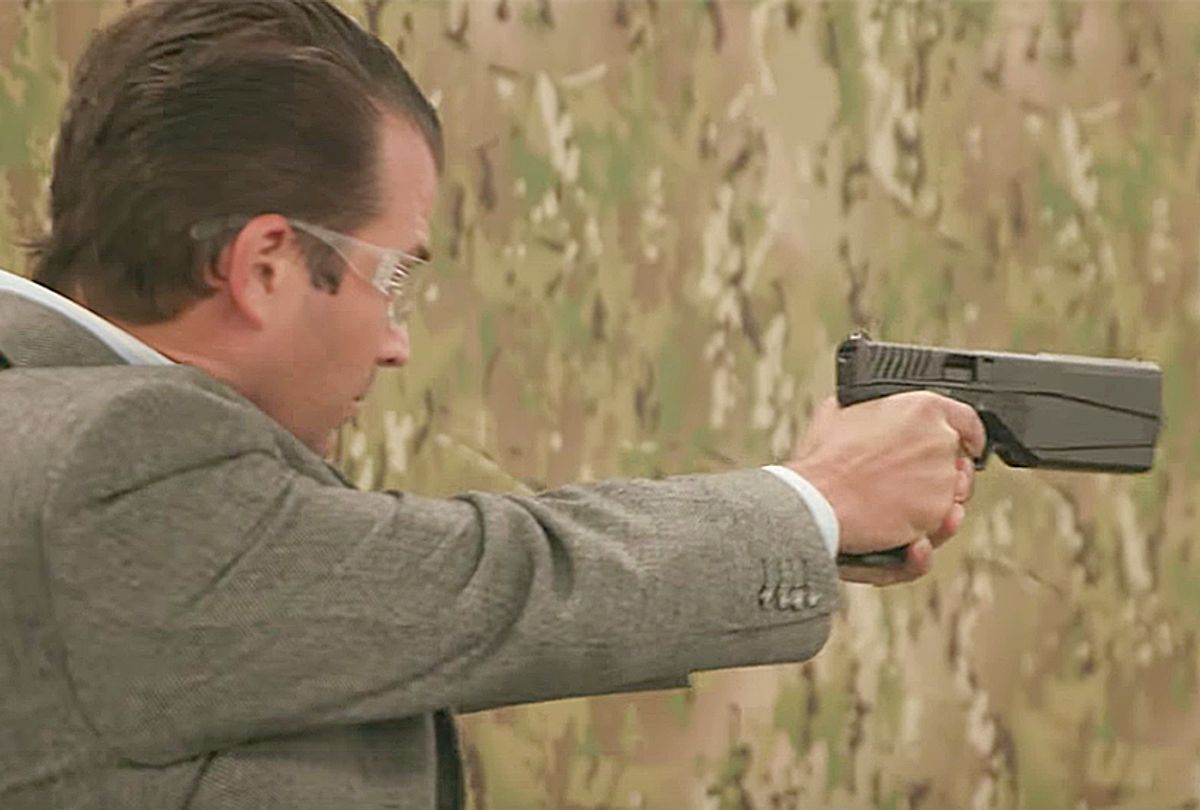 Donald Trump Jr., the son of President Donald Trump, appeared in an extended infomercial during the 2016 presidential election touting the virtues of gun silencers.

In a video that NBC's Chuck Todd brought to public attention again on Tuesday, Trump Jr. can be seen firing a gun with a SilencerCo silencer on it.

After showing Trump Jr. firing one of their silencers and praising it as "awesome," the infomercial opens with Trump Jr. having a conversation with SilencerCo CEO Joshua Waldron.

"There is no better person than your father to protect our Second Amendment," Waldron can be seen telling a nodding Trump Jr.

Later during their conversation, Trump Jr. said that "as far as the Second Amendment, obviously, it's —in this one it's not a choice. I mean, the Second Amendment for us, for me, it's not just a passion and a hobby that I do every weekend. I mean it's a lifestyle. It's the thing that our Founding Fathers thought of right after free speech and religion."

The infomercial also shows Trump Jr. praising silencers for protecting the hearing of young gun users who might otherwise suffer physical damage from the sound of the recoil.

"It’s about safety. It’s about hearing protection. It’s a health issue, frankly, for me," Trump Jr. said, later adding that silencers would be good for getting "little kids into the game."

"It’s just a great instrument. There is nothing bad about it at all. It makes total sense, it’s where we should be going," Trump Jr. said.

A bill to further weaken restrictions on purchasing gun silencers seems to have been impacted by the Las Vegas shooting. Republican sources say that, in the aftermath of the massacre, the bill is unlikely to be brought to the House floor anytime soon, according to Politico.