"If you want to make actual change, why don't you try '#PRAYFORFEMA.' See, now you've got the ball rolling" 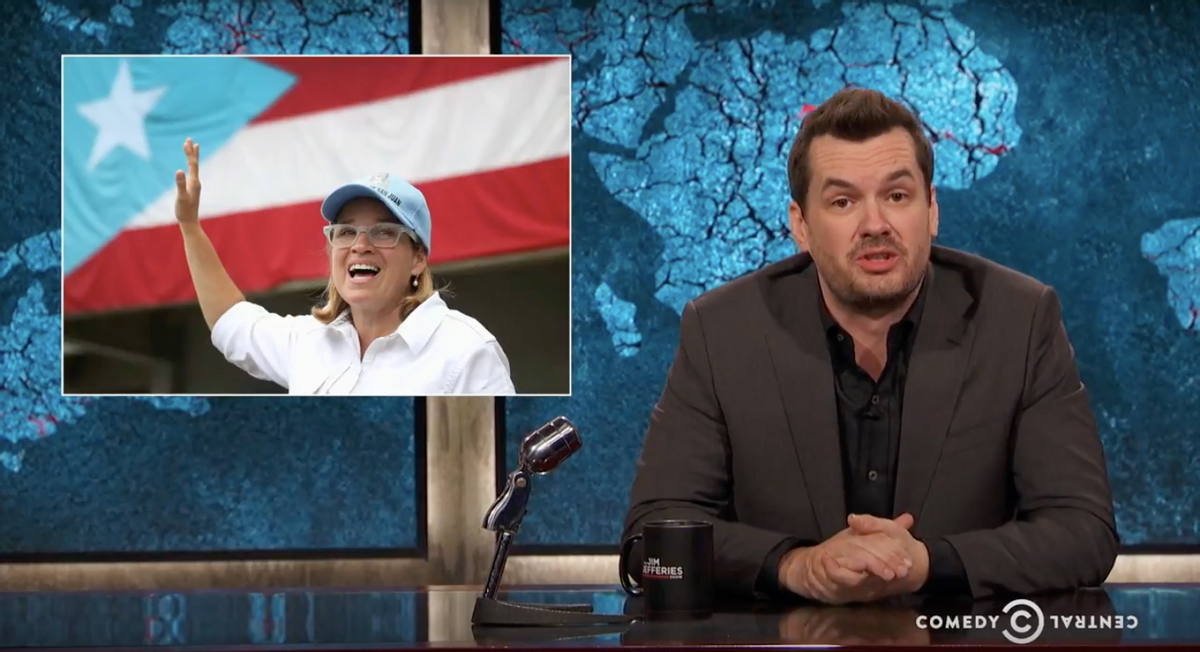 Two weeks after a devastating hurricane ravaged Puerto Rico, millions of Americans are still suffering. But no worries, says Jim Jefferies. President Donald Trump is a businessman, which means he knows how to handle logistics, planning and efficiency — everything a country needs for disaster relief.

San Juan Mayor Carmen Yulín Cruz has had a different experience with the Trump administration, however. The Federal Emergency Management Agency has repeatedly asked her to write memos, Cruz told CBS, even though she has been busy trying to save lives.

"A memo? Puerto Rico was hit by two massive hurricanes and FEMA wants a memo? What FEMA really needs is a to-do list. To do: Everything," Jeffries said.

Trump, meanwhile, has been mostly tweeting about the situation in the Caribbean. His tweets usually contain slights against the island, like the fact that Puerto Rico owes Wall Street millions of dollars.

"You can't just write '#FEMA' and expect everything to be fixed," Jefferies said. "You have to actually do something, Trump. If you want to make actual change, why don't you try '#PRAYFORFEMA.' See, now you've got the ball rolling."

When Trump finally went to Puerto Rico Tuesday to assess the damage, he again said that the island was inconveniencing the country's budget.

"Isn't the first rule of budgeting that you put money aside for a rainy day?" Jefferies asked. "There hasn't been a rainier day. Throwing the budget out of whack? That's like going to a funeral and saying that the eulogy and saying, 'Well this has ruined my Sunday.'"