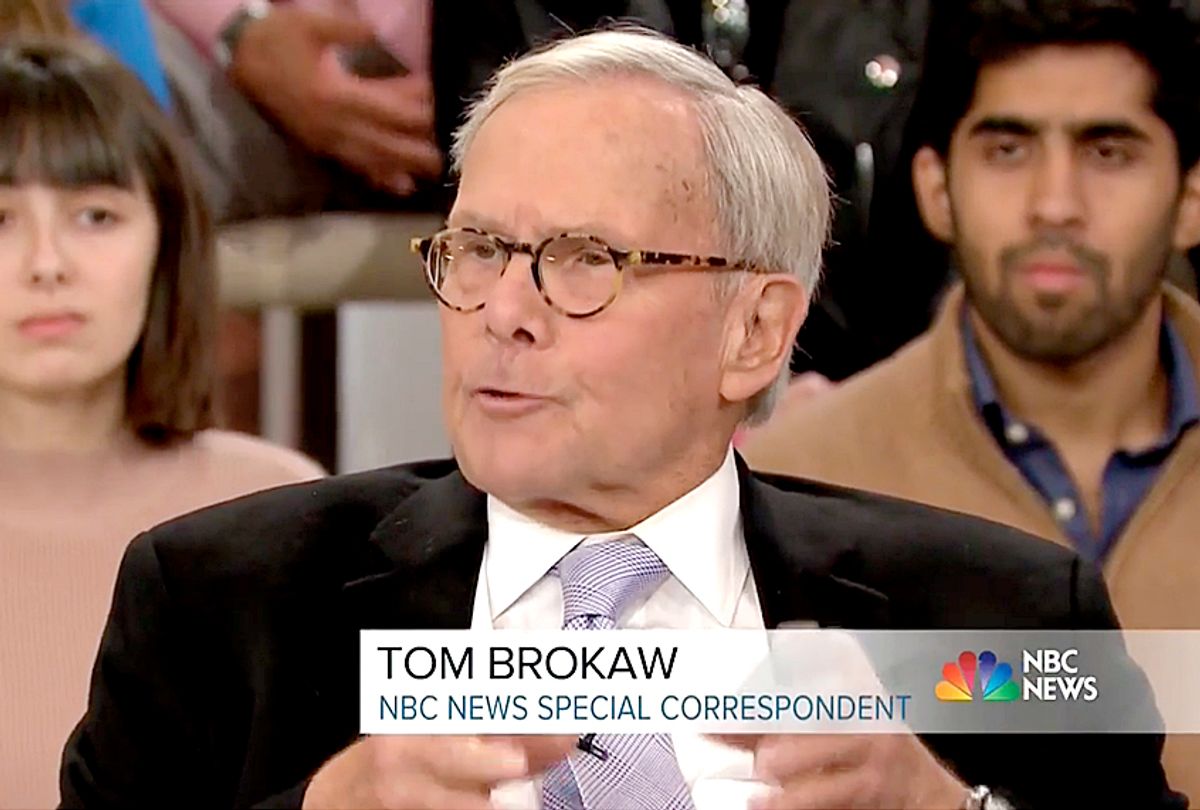 After being abruptly interrupted by NBC's Megyn Kelly yesterday morning for a commercial break while giving important insight on the National Rifle Association's stronghold over Washington politicians, the veteran reporter, Tom Brokaw, blamed his hearing aid for the awkwardness.

At the time, Brokaw was responding to a question from a member of the audience who had asked about how to handle a violent news cycle.

"We are where we are because of the power of people who wanted these kinds of guns, and the NRA managed to organize them and get them as a political force in America," Brokaw replied. "The NRA has a lot of money, obviously, and if you’re running against the NRA . . .  you’re portrayed as a traitor against America."

As he continued, Kelly jumped in and apologized for having to cut to commercial break, as she and Brokaw continued to speak at the same time. Afterwards, Brokaw blamed the situation on his hearing.

"The acoustics in the studio were terrible," he wrote in an email, according to The Washington Post. "I didn't have an IFB [earpiece], and I am writing as I return from my hearing-aid mechanic. My hearing aid this morning went bad as the show started."

Many speculated that the former Fox News host didn't want to give any light to criticism of the immensely powerful pro-gun organization.

However, Brokaw didn't seem to take any offense to Kelly's interjection and instead said he's a fan of hers.

"Chick Hearn, the late, great L.A. Lakers play-by-play announcer had a phrase: no harm, no foul. Exactly the case this a.m. No harm, no foul. Not worth any fuss. I'm a Kelly fan," he wrote, according to the Post.

Regardless of what happened, Kelly still made the effort to note a frequent conservative talking point, one that stands in stark contrast to the honest and thoughtful discussion about how powerful NRA has been over the years, how the organization has shaped public discourse on guns and meaning of the Second Amendment Brokaw was attempting to provide.

"There are people who defend the second amendment who believe you can’t legislate against evil, and those who believe we have to have an honest conversation" Kelly said, taking time after having said she needed to cut to a hard break. Whether it was accidental or not, the stifling effect was the same.