After his pep talk in Puerto Rico, the president had an outpouring of emotion in Las Vegas 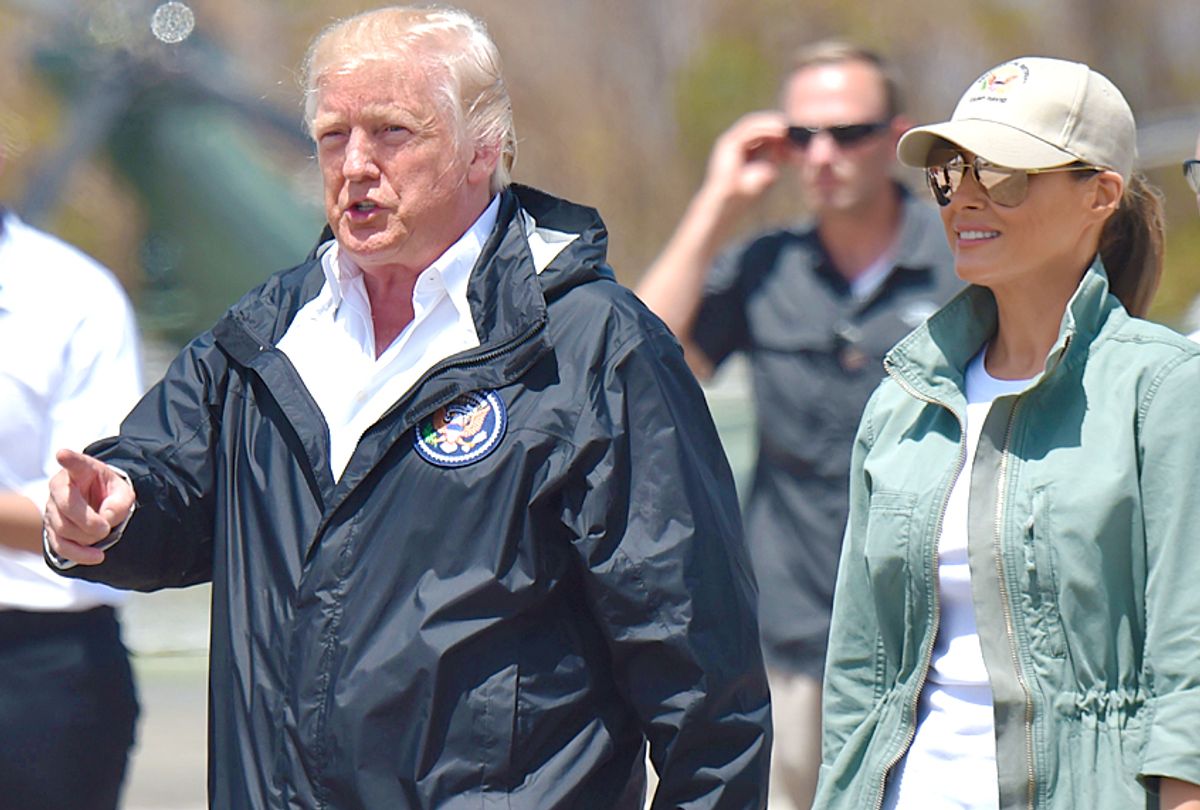 A somber President Donald Trump emerged Wednesday in Las Vegas after visiting victims of the worst mass shooting in modern U.S. history — a stark contrast to the tone he took on Tuesday in Puerto Rico, where he downplayed Hurricane Maria's devastation, and told residents they were lucky they didn't suffer a death toll that was as high as during Hurricane Katrina.

In Puerto Rico, after receiving widespread criticism of his administration's lackluster response to the disaster, Trump touted the federal response and said it "has been something like I’ve never seen before," according to the Washington Post.

While in Puerto Rico, Trump put on a spectacle, taking pictures with local residents and throwing supplies into the crowd as if he were a mascot at a stadium tasked with riling the audience.

Trump's visit to the island was confined to an affluent suburb in San Juan — "known for its amenity-driven gated communities," and which was "largely spared" by Hurricane Maria, the Post reported. But not far from where the president stayed put, the scene was grimmer.

Then, in Las Vegas on Wednesday, Trump said that it had been a "sad day" for him.

"It's a very sad thing. We are going to pay our respects and to see the police who have done really a fantastic job in a very short time," Trump said, according to CBS. "It's a very, very sad day for me, personally."

Trump headed to University Medical Center's trauma center, where he met with doctors and consoled victims.

It was a stark contrast: empathy and concern in Vegas, and a pep rally for Puerto Rican that degenerated into spectacle when Trump attacked the mayor of San Juan after she had criticized the cumbersome federal response.