Trump proposes wiping out Puerto Rico's debt, ensuring that it will never happen

The president frequently suggests things without any follow through, this time tanking a whole market 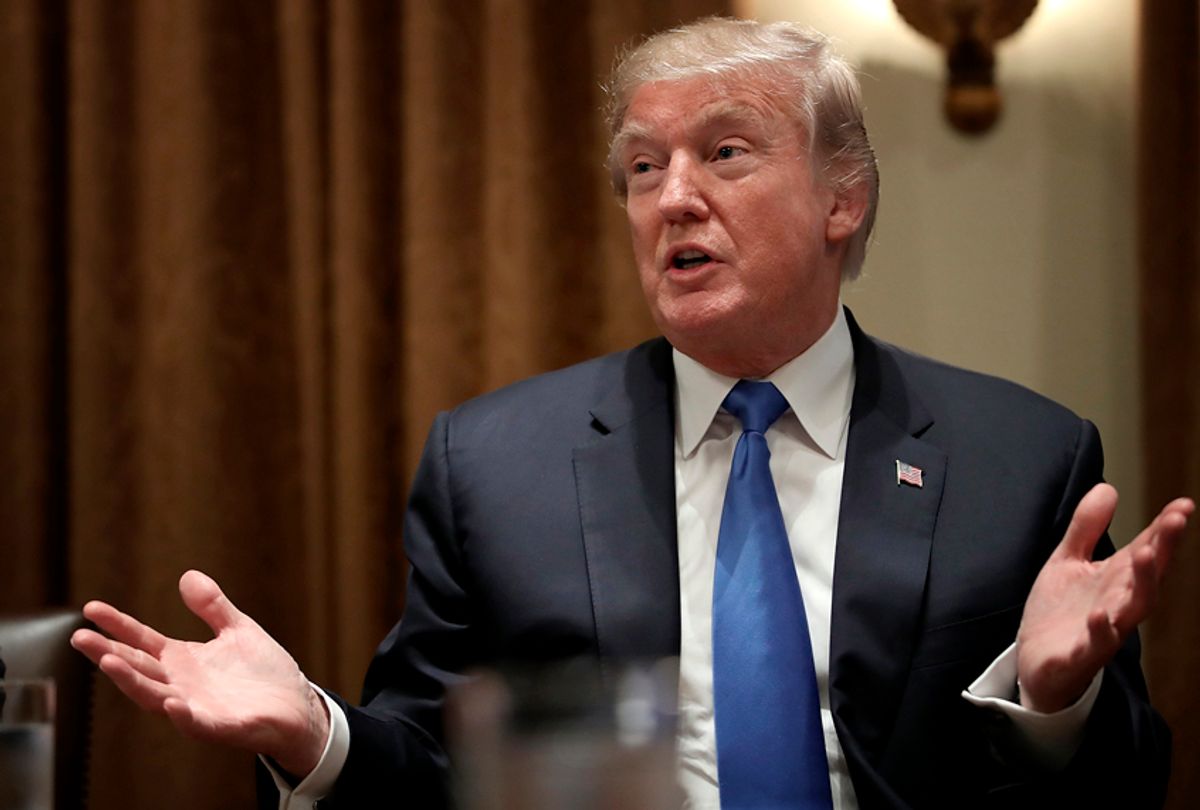 On Tuesday President Donald Trump casually suggested that the U.S. would "wipe out" Puerto Rico's debt. Speaking with Fox News' Geraldo Rivera, Trump said the federal government had to do something about the island's "massive debt."

"We have to look at their whole debt structure," he said. "You know, they owe a lot of money to your friends on Wall Street and we are going to have to wipe that out. You can say goodbye to that. I don't know if it is Goldman Sachs, you can waive goodbye to that. The debt is massive on the island."

Trump said Puerto Rico's debt will have to be wiped out.

"We're going to have to wipe that out. You're going to say goodbye to that" pic.twitter.com/vn4V8gVaDQ

Before the storm, Puerto Rico was engaging in negotiations with creditors to restructure its $73 billion debt. The island’s previous governor had declared that debt unpayable, the Associated Press reported. Trump's random outburst had a huge effect, as Wall Street began trading Wednesday thinking that a government bailout was coming.

Puerto Rican bonds getting clobbered after those Trump comments about wiping out the debt https://t.co/g58phdIeAW pic.twitter.com/XICGmgUJXH

Wall Street apparently didn't realize that Trump frequently says he will do something, only to never follow through on his assurances. Trump said he would repeal and replace Obamacare, only to have the ACA maintain its standing as the law of the land. Seven months ago, he said construction on the wall would begin "very soon," only to have negotiated a deal with Democrats that omitted any border wall. A month ago, Trump said he would reveal the fine details of his tax reform proposal, only to release a general outline that doesn't actually explain the minutia of his tax plan. Six months ago, Trump said he would be announcing a very big infrastructure project "soon," yet the White House has been too busy ignoring its other promises.

On Wednesday, the Office of Management and Budget underwent cleanup duty over Trump's bailout suggestion. OMB director Mick Mulvaney assured CNN that the president did not in any way propose eliminating Puerto Rico's debt.

OMB director on Trump saying he will wipe out Puerto Rico's debt: "I wouldn't take it word for word with that" https://t.co/MXOMDhmyBw

Mulvaney said, that — "word for word" — the president wasn't really calling for a bailout. Except word for word Trump explicitly said that.