Dinesh D'Souza claims etymology of Nazi proves all Nazis are "on the left," gets dragged on Twitter

Twitter dragged the felon for his confounding Nazi argument 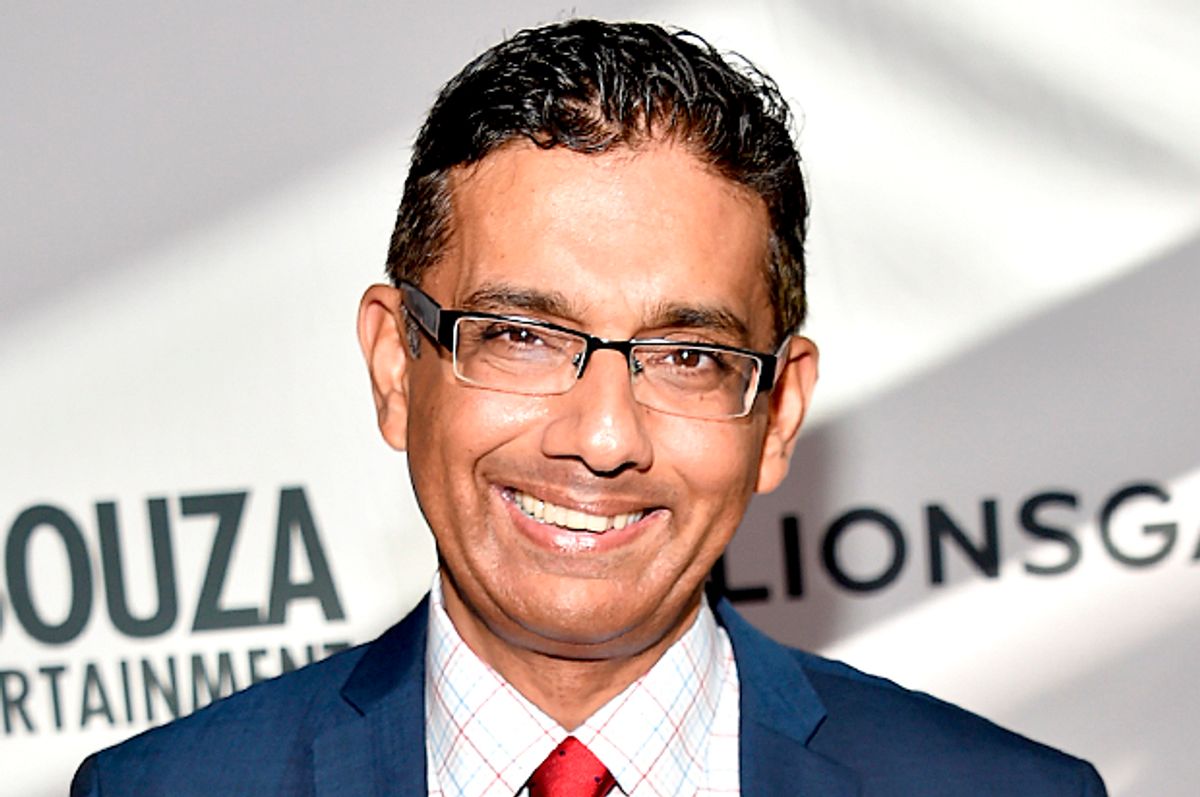 National Review contributor and convicted felon Dinesh D'Souza has found a new talking point to prove that liberals and the left are responsible for racism and anti-Semitism in America.

The right-wing conspiracy theorist claimed Wednesday that the combination of the words "National" and "Socialist" created the word "Nazi" — thus all Nazis are from the left.

The term Nazi is a compression of the terms " National" and "Socialist" (Sozialismus)--hence all Nazis are by definition on the Left pic.twitter.com/ks5guRXpgK

Notwithstanding the faulty logic, D'Souza does not even have his historical facts straight here. Etymologically, the word "Nazi" was used in Germany long before Hitler's party rose to power. "Nazi" was a derogatory word for a backward peasant and was only used as shorthand for the National-Socialist German Workers' Party to dismiss their obscene ideology. As appellate attorney and former English professor Jason Steed noted, North Korea calls itself the "Democratic People's Republic of North Korea," but that doesn't make it a democracy.

This misrepresentation of facts and history is par for the course for D'Souza, whose work has frantically tried to convince gullible conservatives that the left and the Democratic Party is solely responsible for the bigotry that exists in America today. This summer, D'Souza published a book called "The Big Lie: Exposing the Nazi Roots of the American Left." In it, he perpetuates the conservative fantasy that the Republican Party has always been on the right side of civil rights, while the Democratic Party has been the racist, fascist party that exploited and marginalized people of color.

D'Souza, of course, conveniently ignores the fact that following the civil rights movement, Republican politicians used dog whistle politics to win the Southern white vote, which successfully flipped the Democratic stronghold that was the South into a red wall. Conservative columnist Ross Douthat recognized this deceit in his review of D'Souza's book:

To pick just one example: It would be nonsense at any juncture to argue that because famed Indian-fighter Andrew Jackson was a Democrat and the Nazis admired the expulsion of the Indians, contemporary Democrats are basically Nazis. To make the argument during a Republican presidency that has explicitly laid claim to Andrew Jackson even as Democrats disavow Old Hickory is so bizarre that the term “big lie” might be usefully applied.