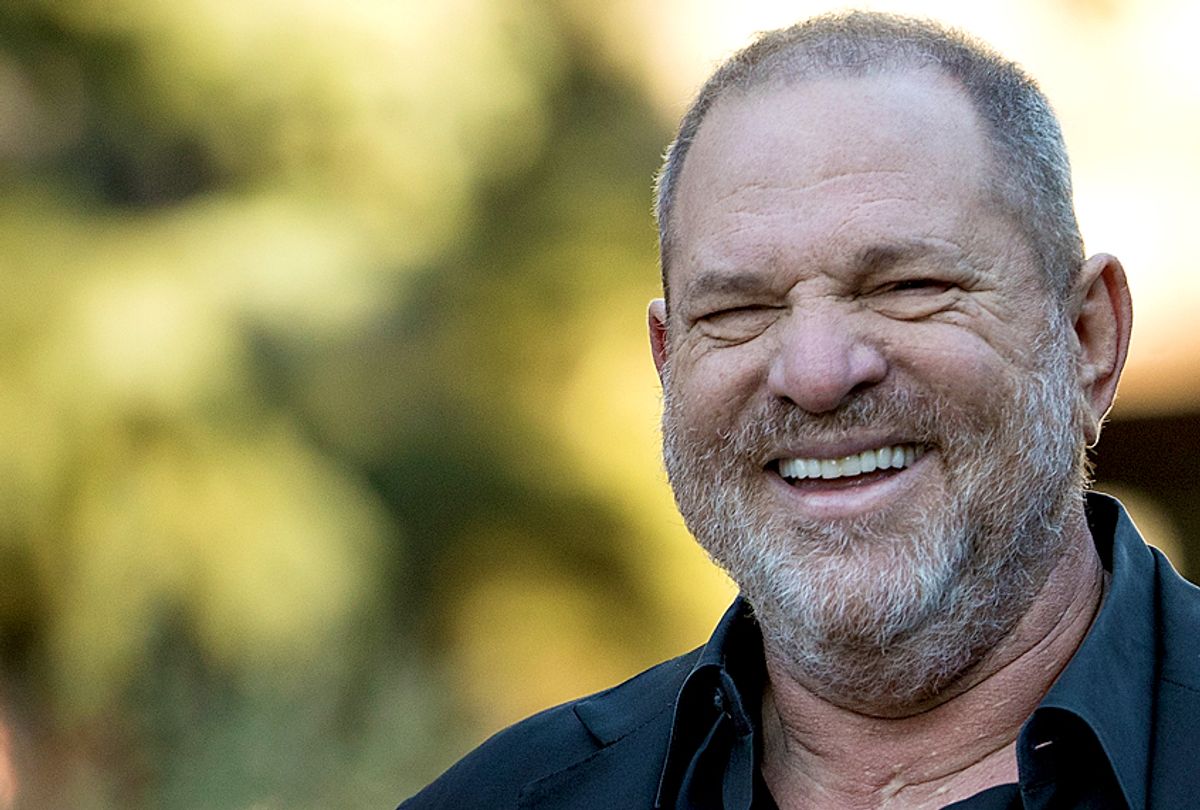 With his massive influence stretching over nearly three decades, producer Harvey Weinstein has remained one of the most powerful, respected and, yes, feared executives in Hollywood.

But also stretching over three decades is an alleged pattern of abuse towards women, reports The New York Times in a blockbuster exposé published Thursday through "interviews with current and former employees and film industry workers, as well as legal records, emails and internal documents from the businesses he has run, Miramax and the Weinstein Company."

Containing direct quotes from alleged victims including the famous actor Ashley Judd, the exposé not only appears to imperil the standing of one of the industry's heaviest hitters, it lends weight and credence to a long-lived cloud of whispers surrounding Weinstein's behavior toward both actors and other industry professionals. As Judd told the Times, "Women have been talking about Harvey amongst ourselves for a long time, and it’s simply beyond time to have the conversation publicly."

The Times report by Jodi Kantor and Megan Twohey notes that research found that "Women reported to a hotel for what they thought were work reasons, only to discover that Mr. Weinstein, who has been married for most of three decades, sometimes seemed to have different interests." From there, their report gets more graphic:

In interviews, eight women described varying behavior by Mr. Weinstein: appearing nearly or fully naked in front of them, requiring them to be present while he bathed or repeatedly asking for a massage or initiating one himself. The women, typically in their early or mid-20s and hoping to get a toehold in the film industry, said he could switch course quickly — meetings and clipboards one moment, intimate comments the next. One woman advised a peer to wear a parka when summoned for duty as a layer of protection against unwelcome advances.

Throughout this pattern of behavior, and throughout the industry, the story claims, "Mr. Weinstein enforced a code of silence." Non-disclosure agreements at his various companies prevented employees from discussing his behavior with them, other employees or individuals outside those firms. “It wasn’t a secret to the inner circle,” Kathy DeClesis, Weinstein’s assistant in the early '90s, told the Times.

Settlements and legal threats quieted alleged victims who were not under Weinstein's employ, the Times reports. On top of discussing the alleged assault of a model that came to the attention of the NYPD vice squad, the article spotlights the payout given to then 23-year-old Rose McGowan following "an episode in a hotel room during the Sundance Film Festival." The Times adds, "The $100,000 settlement was 'not to be construed as an admission' by Mr. Weinstein, but intended to 'avoid litigation and buy peace,' according to the legal document."

Last year, McGowan said in a series of Tweets that a "studio head" had raped her. Responding to the #WhyWomenDontReport hashtag — a campaign created to highlight the difficulties women face coming forward with rape allegations — she said, "a (female) criminal attorney said because I'd done a sex scene in a film I would never win against the studio head." She said that another reason was, "Because my ex sold our movie to my rapist for distribution" adding that "because it's been an open secret in Hollywood/Media & they shamed me while adulating my rapist."

McGowan has, at this point, not commented on the Times report. Following the story's publication, she tweeted this message that appears to be directed at members of the industry:

For her part, Judd claims that after Weinstein brought her to his hotel suite for what was supposedly a discussion about work:

Mr. Weinstein soon issued invitation after invitation, she said. Could he give her a massage? When she refused, he suggested a shoulder rub. She rejected that too, she recalled. He steered her toward a closet, asking her to help pick out his clothing for the day, and then toward the bathroom. Would she watch him take a shower? she remembered him saying.

Said Judd, "I said no, a lot of ways, a lot of times, and he always came back at me with some new ask . . . It was all this bargaining, this coercive bargaining."

In the buildup to the release of the Times' piece, and another reportedly in the works at The New Yorker, Weinstein contracted lawyers Lisa Blood and Charles Harder, the attorney who represented Hulk Hogan in his suit against Gawker Media — a suit that eventually precipitated the bankruptcy and sale of that company. Following the publication of  Twohey and Kantor's exposé, Harder announced Weinstein's intent to sue the Times.

"The New York Times published today a story that is saturated with false and defamatory statements about Harvey Weinstein," Harder said in a statement. "It relies on mostly hearsay accounts and a faulty report, apparently stolen from an employee personnel file, which has been debunked by 9 different eyewitnesses. We sent the Times the facts and evidence, but they ignored it and rushed to publish. We are preparing the lawsuit now. All proceeds will be donated to women’s organizations."

This strikes a markedly different tone than Weinstein's own, rather remarkable statement to the Times following the report's release. "I came of age in the 60's and 70's," he wrote, "when all the rules about behavior in the workplace were different. That was the culture then."

Weinstein added, "I have since learned it's not an excuse, in the office - or out of it." He continues, "I appreciate the way I've behaved with colleagues in the past has caused a lot of pain, and I sincerely apologize for it."

Weinstein then goes on to claim that Bloom is now his "tutor," giving him tips on how to behave, that he is taking a leave of absence from work and that he is creating an endowment for women directors to study filmmaking at USC (though he claims the latter has "been in the works for a year").

"I so respect women and regret what happened," writes Weinstein, before committing to continue to battle the NRA. "I cannot be more remorseful for about the people I have hurt and plan to right by all of them."