Billy Eichner: The only one who talked to Sean Spicer backstage at the Emmys was Young Sheldon 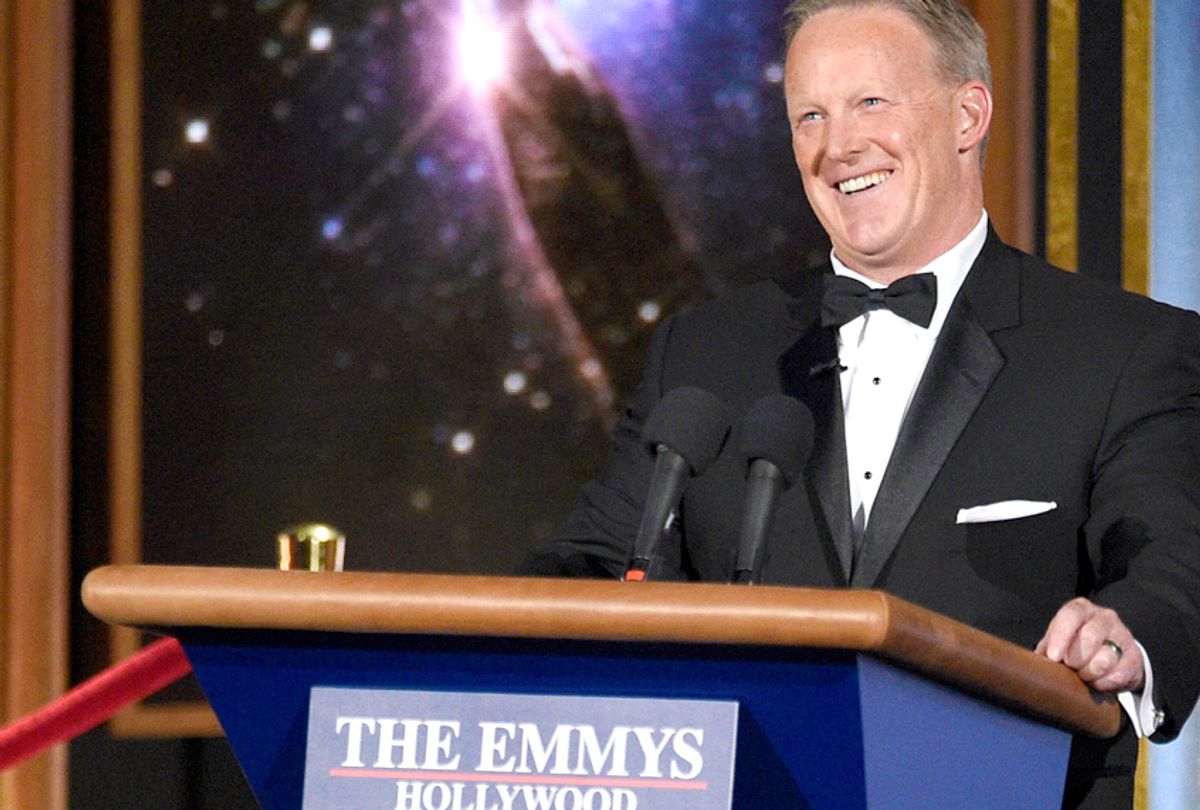 When former White House press secretary Sean Spicer appeared at the Emmys last month, the audience was visibly stunned. Turns out that dismay translated to backstage, too, and Billy Eichner from "Billy on the Street" told Conan O'Brien on his talk show that the only person who talked to Spicer in the green room was the child actor who plays Young Sheldon. Everyone else literally ignored him.

"This was the most surreal moment. I'm in the green room backstage," Eichner said to Conan. "Sean Spicer walks in. He does that bit at the beginning of the show," he continued, "and no one would talk to Sean Spicer."

Eichner continued to say that while actor Iain Armitage, star of "Young Sheldon," the "Big Bang Theory's" sitcom prequel, was willing to converse with Spicer, Armitage approached Eichner and Jim Parsons afterwards and asked if that was the real Sean Spicer and not, in fact, Melissa McCarthy. When they confirmed it was not the SNL comedian, Eichner said even Young Sheldon rolled his eyes and was obviously annoyed.

Most people found little amusement in Spicer's surprise presentation at the Emmys, particularly as he reworked the lie he told to the American people about the size of President Donald Trump's inauguration crowd. "This will be the largest audience to witness the Emmys, period," Spicer said. "Both in person and around the world." It wasn't funny, ever.

Nonetheless, some stars posed for selfies with the former Trump administration official, some of them drawing strong rebukes from the public. James Cordon, in particular, came under fire for posing with Spicer and affectionately kissing him on the cheek in photos. Some called it normalizing fascism.

Corden would later own up to his actions: "I think people are forgetting that this man lied to the American people and should not be embraced," he said during his opening monologue on the "Late Late Show" last month. "These Hollywood phonies kissing up to Sean Spicer are disgusting, I mean who does that?" He then ran the photo of himself cozying up to the former press secretary, eliciting laughs.