In an interview with CNN's Chris Cuomo, the White House adviser tried to lay lax gun control at the feet of Clinton 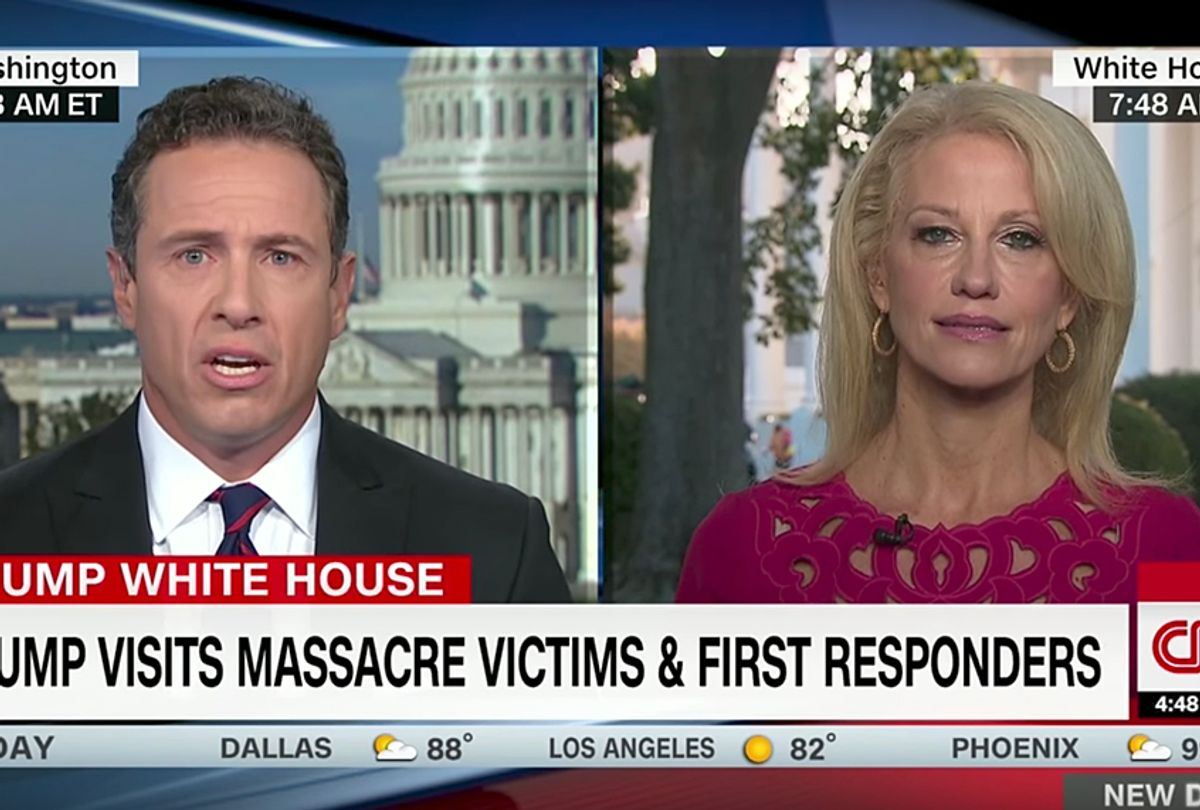 Cuomo asked Conway why now was not the appropriate time to have a gun control debate. Conway said the victims of the shooting have been the president's focus, before she started railing against Democrats for politicizing the issue.

“This conversation wasn’t being had until tragedies like this strike by those who try to be the loudest voices,” Conway said. “You see Hillary Clinton talking about herself, not talking about this. You see her rushing to judgement the other day on Twitter, while people are still looking through the rubble, searching the hospital for their missing loved ones, trying to politicize it.”

She then accused CNN of letting the gun control debate fall by the wayside. “Your obsession with Russia has been to the exclusion of this conversation,” she said.

“Kellyanne, a lot of this just doesn’t wash,” a visibly tired and frustrated Cuomo responded.

Cuomo pointed out that Republicans would prefer to never have this conversation. When there is a tragedy, the GOP immediately asserts it is too soon to be talking about gun control, postponing the debate for a later date until, inevitably, another shooting happens, establishing a futile cycle that leads to nothing ever getting done.

Conway again insisted that the president was too busy caring for the survivors to bring up control.

"You can do both," Cuomo countered. "You go and you comfort. You show moral agency. Then you take action as a leader to try to make it better."