Billy Crystal and Bill Maher riff on the decline of America, from guns to Betsy DeVos 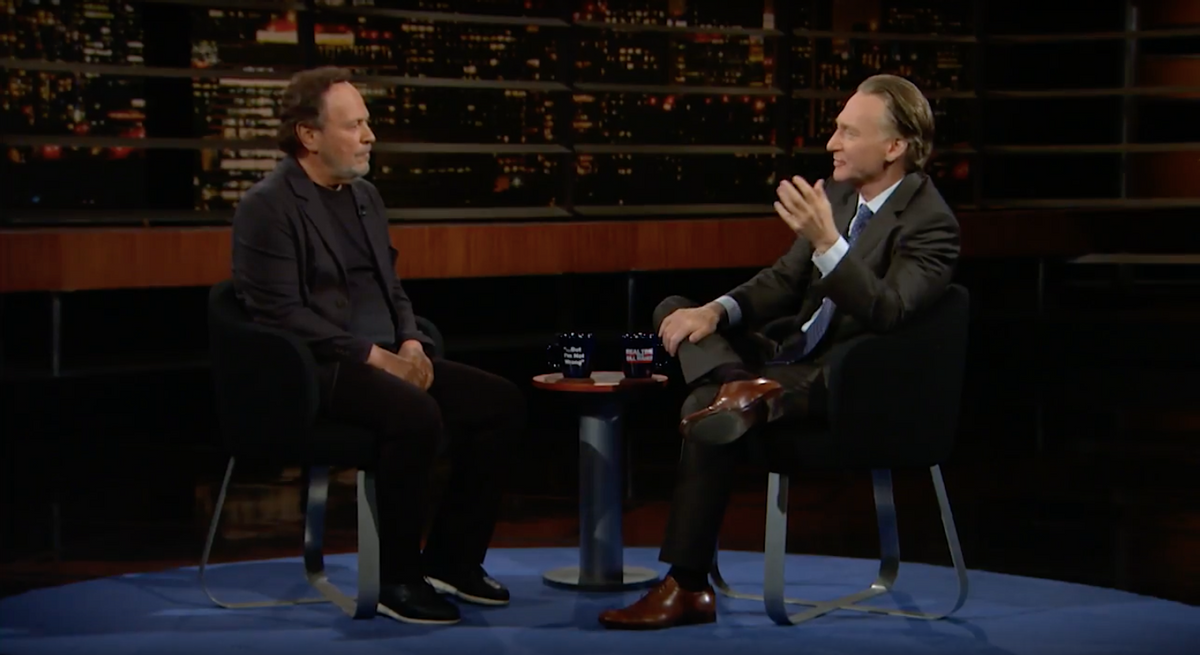 Billy Crystal has a unique take on American culture as the comedian has toured around the country telling jokes and observing his audiences. He told Bill Maher and his "Real Time" audience that he has performed in clubs where people had guns just casually laying on the table.

“I thought cell phones were a problem,” he quipped.

But guns are not just a way of life in the South, according to Crystal. They are embedded in our culture.

"Guns are in our culture," Crystal noted. "What do we want from a politician? We want a straight shooter.
Oh, look at her, she's half cocked. You know, if the song is a hit, it's number ten with a bullet. Watch a football game. It's all guns. They're in a shotgun offense. He's got a rifle for an arm. He's got a lot of weapons in his arsenal. He looks downfield, he's got the receiver in his sights, he hits him him with a bullet of a pass."

Maher and Crystal later moved on to President Trump. Crystal suggested that Trump could be voted the most liked and most hated man in the world in simultaneous polls. As far as members of the Trump administration, Crystal was not as merciful.

“Let’s look at this cabinet up close and personal," Crystal said. "Let’s start with Betsy DeVos: education. One should actually have an education before you get that job. Then there’s Vice President Mike Pence. This guy looks like someone who chased one of the von Trapp children into the Alps."