My wife left me for Italy: Still married, but an ocean apart

The love of my life is living a new life now on the other side of the Atlantic. Can we do this together? 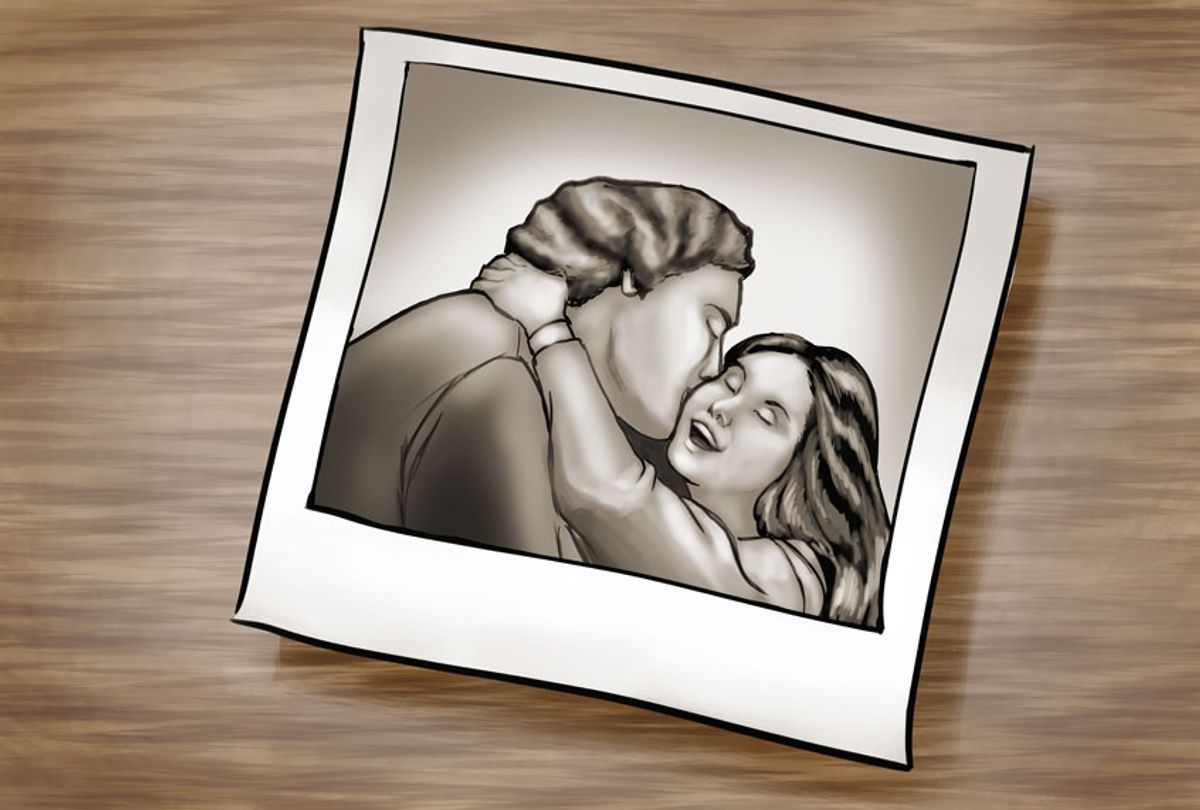 My wife has left me. But some of my family and friends probably suspect she’s “left me left me.” As in abandoned. And they’re all mistaken.

Rather, Elvira, my wife of 38 years, has decided to live elsewhere most of the year. Some 4,387 miles away from our apartment in Forest Hills, Queens. In Southern Italy, in fact.

So now ours is a long-distance marriage. We’re each living without the other for the first time since we were both still single. We’d never spent more than about a week apart since our wedding in 1979.

It all started because of our daughter, Caroline, who was pursuing a career as an opera singer. In 2011, she stayed on the island of Ischia, in Italy, to train for three weeks. The next year, she spent three weeks in Rome and Florence to explore opportunities to perform with local opera companies. On both trips, Elvira accompanied her.

The following year, Caroline made up her mind to become a chef instead. Elvira rented an apartment in Florence for two months as Caroline attended culinary school.

With each of those three visits abroad, I was sorrier and sorrier to see Elvira go, and missed her more and more. But I was comforted knowing she would be back home soon.

Except then Caroline decided to live in Italy year-round. She discovered an ancient hillside town, Guardia Sanframondi, about 50 miles north of Naples, and bought herself a house.

And soon Elvira – then, like me, in her early 60s – told me that she, too, wished to relocate there. After living in New York City her entire life, she wanted to slow down. And as a third-generation Italian-American, she already gravitated to everything Italian. Now she expressed her wish to shop for a house in the same town.

It would be, she said, for both of us.

Even so, a certain suspicion dawned on me. Did Elvira intend gradually to part company with me, but without coming right out and saying so? Was I witnessing my wife making a slow-motion getaway? Soon my suspicion hardened into paranoia.

For months I left my concerns unspoken. But on Elvira’s next visit home, I finally spoke up. I asked her the question I’d dreaded asking in case she gave me the answer I dreaded hearing.

“Are you leaving me?” I asked.

"But you’re moving to Italy without me.”

“And eventually you’ll join me there. You’ll love it.”

Make no mistake: I’ve never had the least desire to live anywhere but New York City, much less outside the United States. But Elvira kept telling me how much she loved Guardia – the leisurely tempo, the neighborliness, the stars visible in the night sky. She sounded enchanted.

But after living with Elvira for decades, I finally realized just how central she was to my life, how much I needed and depended on her. I saw with sudden clarity that I owed her much more than she would ever owe me, and that her happiness meant everything to me, more than my own.

So I said okay. Our plan was for me to join Elvira in Italy more or less full-time within about five years. My rationale for getting the house was simple: if that’s what she wanted, then that’s what I wanted, too.

Almost two years ago, Elvira found a house she liked, and together we decided to buy it. And last December, I took my first trip to Italy and stayed with her in our house for three weeks.

Will I like this place, I asked myself. Will I ever feel at home here?

Each morning we walked uphill along stone streets to a little café for capuccini and cornetti. Elvira introduced me to the many people she had come to know, natives and expatriates alike. We visited our daughter and her boyfriend. All of us watched Christmas movies together over a homemade dinner. We ushered in the new year sipping prosecco on a terrace as fireworks blazed over a nearby church. In our new house, we looked out from our top floor at dawn, the sun casting a golden radiance over the vineyards and olive fields in the valley below and onto the mountains beyond.

Better still, Elvira and I came together as if never apart. We kidded each other just as much as we always had. We communicated in the code only she and I know. I took every opportunity to hold her hand and nuzzle her neck and tell her how much I loved being there with her. And she told me the same.

And what a town! If anyone ever hurried, I must have missed it. Shopkeepers chatted with us at length. Strangers greeted us on the street in the morning and the evening. I saw Elvira happy there, and how her new community had already made her its own. I saw her enchanted in person.

So, I thought, this is how our life here could be. I could do this. I could definitely do this.

Then I returned to Forest Hills. And after Elvira visited me in the spring for six weeks, I faced eight months before I would see her again, by far our longest absence from each other. And that’s when, for the first time, our new arrangement as husband and wife really hit home for me.

The love of my life, my one and only, was living a new life now, with new friends, in a new town, all on the other side of the Atlantic Ocean. She’ll be away on her next birthday and on Thanksgiving. Now that we’re separated, I realize as never before just how inseparable we’ve become – how we’ve done most everything together, living together, working together, creating and raising our children together.

More and more now I miss Elvira. I talk to the photos of her I see come through on Facebook, saying, “Hello, Elvira.” I listen to the voicemail she left me from the airport years ago, just to hear her leaving me a message. As I sleep, I leave the TV on QVC, her favorite shopping channel. I miss everything about her – her face, her voice, the taste of the skin on her neck.

But what I miss most is all the little stuff I always took for granted. Wishing her good morning and good night. Telling her about something that happened five minutes after it happened and getting her immediate reaction. Asking her what she feels like having for dinner, hearing whatever news she cares to share, even our occasional arguments. Such little moments add up to a life lived together.

Without Elvira around I feel incomplete. My loneliness echoes the life I led before we met. It’s vaguely akin to an early stage of grief, except for the single major difference that I know I will see her again. Every once in a while, I feel hurt that she chose to go. Maybe she could have waited until I could go with her.

She’s feeling the same pangs. She tells me how she misses the opportunity to talk with me at random about our kids, and strolling through town with me, hand in hand. She tells me how she wishes I could be there to share experiences with her, joining her for dinner with our daughter and her new husband or riding through a vineyard at night with all the stars out and a hilltop castle looming in the background.

But now five years feels like a really long time to wait. Too long. Being apart is hardly perfect. It’s nowhere near normal. In fact, it’s turned out to be hard, harder than I imagined, and it threatens to get harder still. We stay in touch via phone and email and Facebook. But it’s now a virtual marriage. She’s left me, but without actually leaving me. And so a certain question eats at me. Will we slowly become strangers to each other?

To compensate for her absence, I look to occupy the time I would otherwise spend with her. I have my work, of course, all I can handle. But I also connect more with family, friends, colleagues, clients, neighbors – anyone, really. We go out for lunch or play tennis or talk shop on the phone. Elvira, too, is managing fine, getting together with new friends, trying new restaurants, discovering surrounding towns. But for me, none of those activities mask the ever-crystallizing reality that my wife is no longer here with me nor I there with her.

Then again, living alone offers me a lot I like. Unlimited bathroom access, for example. The opportunity to nap in the living room at will and go unshaven with impunity. I buy only the food I want to eat and watch only what I want on TV.

For that matter, too, Elvira and I are both lucky in having a talent for solitude. She learned growing up as the only child of a single mother to entertain herself for hours on end. I’m much the same, both by nature and by lifelong practice as a writer. Neither of us requires heavy doses of exposure to other people, including each other. We were always good at being alone together.

And because we’ve spent so much time together – I’m 65, she’s 63 – we’re both now better equipped to spend so much time on different continents.

This December I’ll again stay with Elvira in our house in Italy for about three weeks. We’ll look eight months older to each other and maybe act eight months older, too. But starting next year, I’ll try to visit her at least twice a year and she’ll do the same, possibly for longer stretches. For the next five years, we’ll each lead a double life, one together and the other apart. And all the while, I’ll somehow manage to be happy here knowing she’s happy there.

After all, we’re still married, and she’s waiting for me. In due course, I’ll ease out of my current life alone into a new one back with her. Just as she left me gradually, so we’ll reunite gradually. Eventually I’ll be old and she’ll be old. And we’ll stay put in that little Italian town happy with all the time we still have left together.

Bob Brody, an executive and essayist in New York City, is the author of the new memoir, “Playing Catch With Strangers: A Family Guy (Reluctantly) Comes Of Age.” He has contributed to The New York Times, The Atlantic and The Washington Post, among other publications.