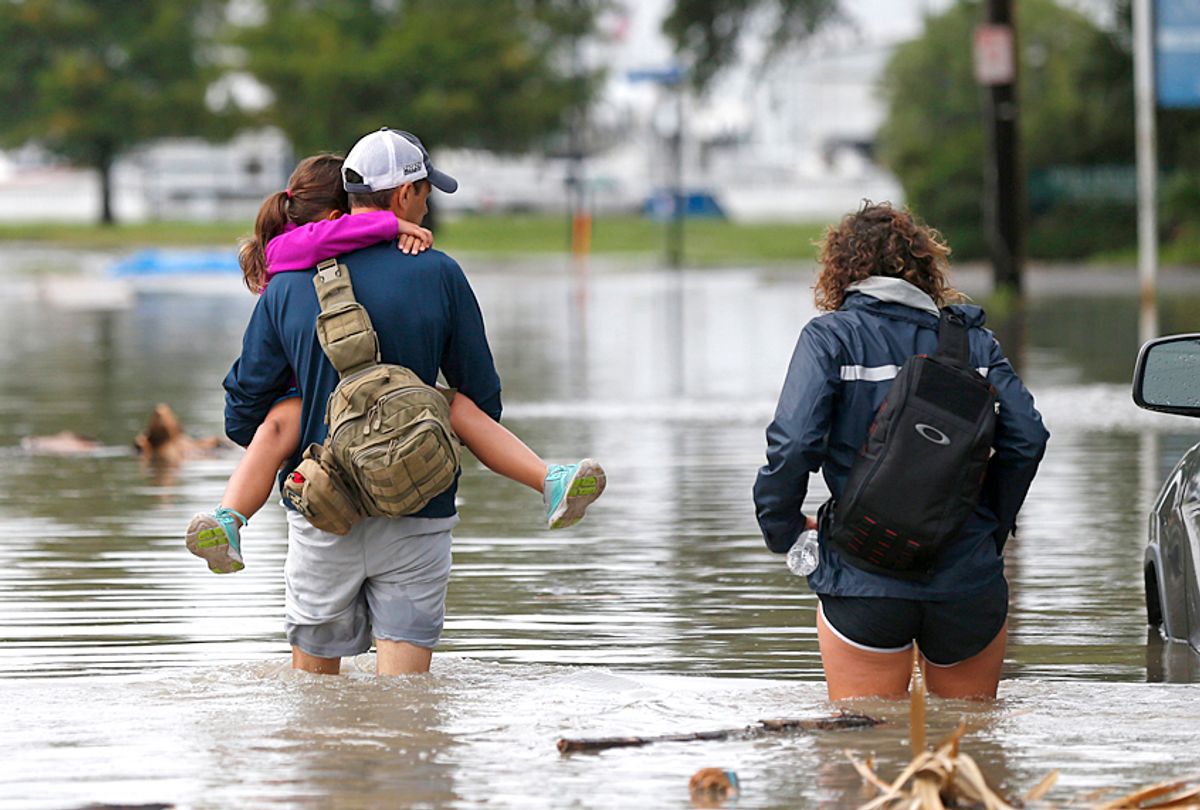 In a matter of months this year, New Orleans Mayor Mitch Landrieu went from being the poster child of Confederate monument removal to a symbol of flood disaster. The first week of August brought a heavy storm to his city, resulting in nine inches of rain in mere hours in some areas. The water closed schools and flooded homes, businesses and cars across several neighborhoods.

The Federal Emergency Management Agency (FEMA) reportedly received nearly 700 valid flood claims from residents within two weeks of the incident. In the days following, news reports slowly revealed the truth: 17 of the city’s 120 pumps simply had failed to drain water as expected. This was under the watch of the city’s Sewerage & Water Board, the agency that oversees crucial infrastructure that mitigates flooding during storms. And Landrieu serves as board president.

For months in the storm’s wake, authorities reportedly knew about the potential danger but weren’t communicating. Neither Landrieu nor his chief administrative officer, who he delegates to attend the board meetings in his place, were at the March meeting that addressed the faulty infrastructure. Landrieu insists he was unaware until it was too late. Residents were told for multiple days that the necessary drainage system was operating at full capacity, despite water rising in plain sight.

Landrieu admitted within two weeks of the flood that he was ultimately responsible and acknowledged the city would be “more vulnerable” for weeks as the city worked to repair its broken system. He has assembled an emergency team for the rest of hurricane season in response to the crisis. Since then, more water system flaws have surfaced: New Orleans saw its twelfth water boil advisory in seven years last month, raising further skepticism about the water board, which also oversees the crucial infrastructure. Nearly two months after the flood, the board reported that city drainage capacity was still less than 100 percent, and Landrieu’s administration was still looking for an investigator of the “root cause” of the issue.

Despite the recent problems, State Senate Natural Resources Committee chairman Sen. Norby Chabert, R-Houma, is one of many Louisianans who still believes Landrieu is a “good public official.” But the state lawmaker is also one of the countless citizens who are heavily disappointed. “It is so unconscionable to me that you have a situation in hurricane season where your pump stations are down and it’s not your highest priority,” Chabert said.

State Sen. J.P. Morrell, D-New Orleans, is unsympathetic to Landrieu’s blindness about the pumps, because he is the head of the board and the city. He also thinks the issue won’t dissolve once hurricane season is over; even without hurricanes, flash floods regularly threaten the area. “In the last couple of months, we’ve had some not-hurricane-related, medium-hard rain in the city and flooding is still occurring,” Morrell said. “We get rain pretty much 10 months out of the year.”

The pumps have also been a debate centerpiece in the mayor’s race to replace Landrieu’s seat in office.

Others, meanwhile, are focused on future storms and potential flooding rather than finger-pointing. Last month, state Rep. Gary Carter, D-New Orleans, said constituents haven’t been as concerned about the city’s political temperature as they are about their safety — something he has been focusing on as well when reaching out to city hall. “There’s going to be a time and place to look back and see ... where does the fault lie,” he said. “My focus hasn’t been on who to blame.”

Others thought the blame was prematurely placed — at least, before Hurricanes Irma and Maria devastated Florida and the Caribbean. Weeks prior, state Sen. Troy Carter, D-New Orleans, said residents have every right to be frustrated and angry for being misinformed but that the pumps were a generations-old “ticking time bomb” that just happened to explode on Landrieu’s watch. “The timing couldn’t be worse,” Sen. Carter said.

The city was spared when Hurricane Harvey’s last gasp swept through the heel of the boot-shaped state in late August. New Orleans, which sits just near the toes, is used to floods year-round and struggles annually for local and federal funds to stay above water. This inordinately intense hurricane season ends in November, with another tropical storm expected to touch Louisiana this weekend.

Until then, New Orleans and its local leaders hold their breath under its looming and tempestuous shadow, hoping for Mother Nature’s continued mercy until infrastructure is ready.