In fact, everything you think about Western art can probably be traced back to Giorgio Vasari 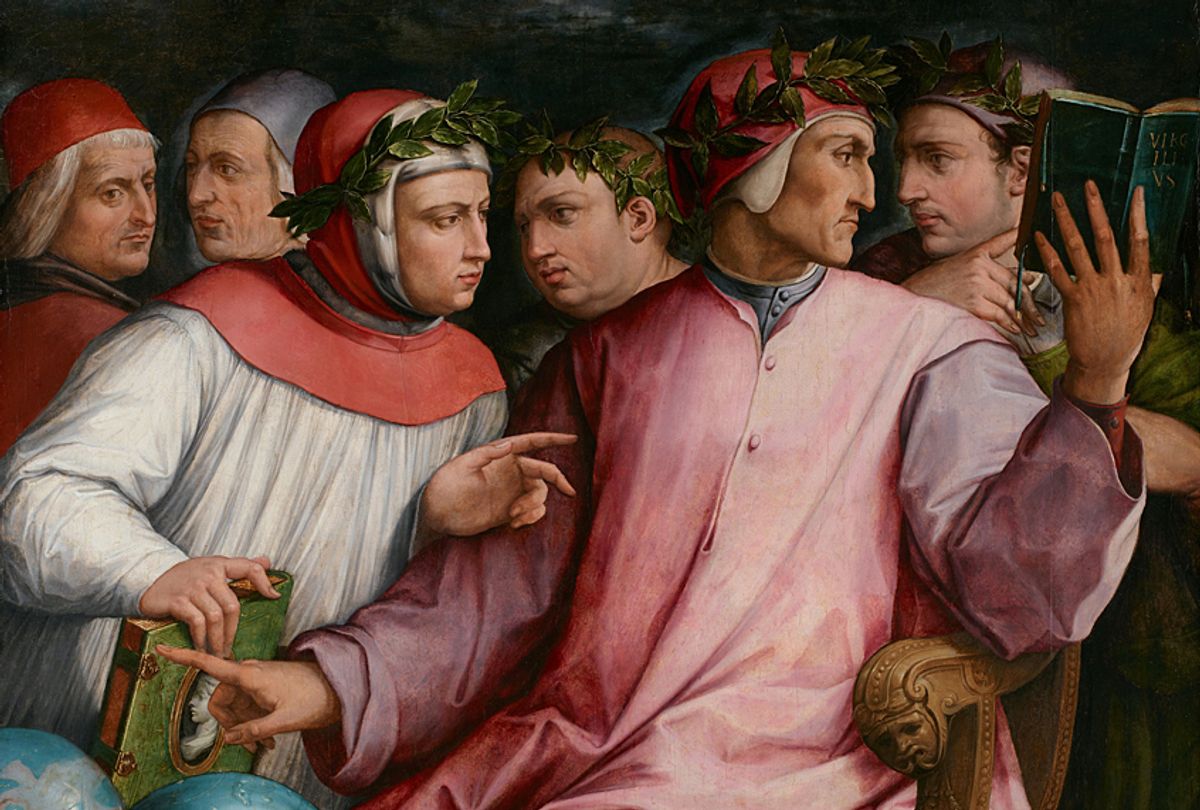 There are a series of truths that we, who grew up in the Western, Euro-centric tradition, believe about art, and these hold true even for people who never studied art and don’t profess a particular interest in it. Just like you might not be interested in physics but know a story about Isaac Newton and an apple tree, our cultural oxygen shimmers with latent facts and opinions about various topics, art history included. But what you might not realize is that the vast majority of these vaporous, universal “truths” about what art is good, how art should be displayed, which artists represent the summit of their media and more, are all the opinion of a single man who lived five centuries ago.

Giorgio Vasari (1511-1574), the subject of my latest book, "Collector of Lives: Giorgio Vasari and the Invention of Art," and a talk I’ll be shortly giving at the National Gallery, was the leading painter and architect in central Italy in the middle of the 16th century. He is best known not for his art, but for his book, "The Lives of the Most Eminent Painters, Sculptors and Architects," with editions published in 1550 and 1568. This is considered the first art history book, and it contains a group biography of famous artists, many of whom Vasari knew personally. The book is divided into short biographies, turning the focus from the art (which, during the Middle Ages, was the only important thing, with no record kept, in many cases, of who created the art), to the artist as a sort of cult figure, to be admired and investigated personally for clues about how to interpret his (and aside from a few outliers, it was inevitably “his”) art.

The book was a Renaissance best-seller, hugely popular and also influential, fairly early in the history of printed books. It is certainly biased: Vasari, born in Arezzo but working in Florence and Rome, was trying to promote his own style of art, the Mannerism inspired by his idol and friend, Michelangelo, and the art of Tuscany, above all others. Artists who worked in a different style or hailed from a different region or country got short shrift. He had various personal vendettas that played out in his text, for instance his dislike of Baccio Bandinelli led to such vilification that the artist draws comparisons to Satan.

Its appealing format, strong literary verve, and packed as it is with great, memorable stories, made it not only popular to read, but inspired many others to take up the pen and write similar biographies — often spurred by the desire to correct what they perceived as Vasari’s errors or oversights. And there were many — reading Vasari’s "Lives" today, which is required of the half-million-plus undergraduate art history students every year, is an exercise in corrective annotations. Vasari had his own agenda, but he also researched in a modern, but flawed, way, by asking people for their recollections and recording these anecdotes as historical fact.

But Vasari’s "Lives" remains the go-to source for a first-person account of the Italian Renaissance, the first port of call for researchers dealing with any of the 100-plus artists descried in it. It is as culturally important as any book and has been constantly in print, in scores of languages, read by scholars and students the world over.

This work, the first art history book penned by the godfather of art history, who also happened to be a wonderful artist, has been circulating for half a millennium, and it is no wonder that its lessons have filtered out beyond the confines of the millions who have read it, affecting us all. Part of what made these ideas stick is the fact that they were implemented, in practice in museums, initially thanks to the efforts of Dominique-Vivant Denon, first director of the Louvre Museum, from which so many subsequent museums drew their inspiration. Denon took Vasari’s ideas about art and translated them into how art museums would display art to the public. So what sort of ideas about art does even the man on the street, the non-art-fan, believe about art, that is a hand-me-down from Vasari?

We can start with the definition of what art is “good.” Vasari borrowed an idea from Aristotle (who was writing about poetry), to determine that good art displays a) artistic skill, b) beauty, c) interest. We, the viewer, must see the artist’s talent in the execution (he would not have been a fan of minimalism or abstract expressionism). The final product must be beautiful, morally and aesthetically. And it must be interesting, which has more to do with how one version of a popular theme (usually religious or mythological) was handled, as opposed to other versions, but the main thing is that great art should prompt thoughtful reflection, perhaps even debate -- it should not just be something pretty you stick on a wall and admire passively. This translates into the popular preference for formal, realistic art over abstraction, the idea that we admire art that we feel we, personally, could not “do” ourselves, over something like a Rothko color block painting, which (at least superficially) looks like it doesn’t require skill to paint.

Then we move to which artists represent the best of the best. The Teenage Mutant Ninja Turtles: Donatello, Raphael, Michelangelo and Leonardo. Although Donatello is the outlier (living a century before the other three — the fourth Ninja Turtle, if we’re getting technical, should have been named Titian, after the real contemporary rival to Raphael, Michelangelo and Leonardo) — these are the names that most people would list, when asked about the great Old Masters. The preference for Leonardo above Dürer, for example, or Michelangelo above Jan van Eyck, is not one of objective better-ness. It’s about Leonardo and Michelangelo having been part of Vasari’s own tradition, and in Michelangelo’s case, in Vasari’s close personal circle, so it’s more about tribalism. Dürer and Van Eyck are every bit as good as the Ninja Turtles, but they were sidelined by Vasari because their style and geography didn’t match his pro-Tuscan thesis. And yet Vasari’s personal opinion was translated into fact over the centuries, so that Average Joe is likely to list Michelangelo and Leonardo as the best artists in history, regardless of whether they know where they got this notion, or have ever seen the work of either.

While it may seem obvious to group artists by style and region, studying, for instance, Medieval French sculptors together, it is still a legacy of Vasari. The idea that naturalism, making art more realistic, giving painting the illusion of three-dimensions, is the ultimate goal of great art is likewise Vasarian, as he presented art as an evolution culminating in Michelangelo, the greatest artist who ever was and ever could be. Some might reasonably uphold this thesis, but it is overly-simplistic and does not take into account styles that chose to differ from this one. Even the way museums are curated, not just by period and movement, but in hanging key works in such a way that they provide central points in the distance to draw the eye and move towards, like a painting at the far end of a series of galleries, framed by their thresholds, is down to our man, Giorgio.