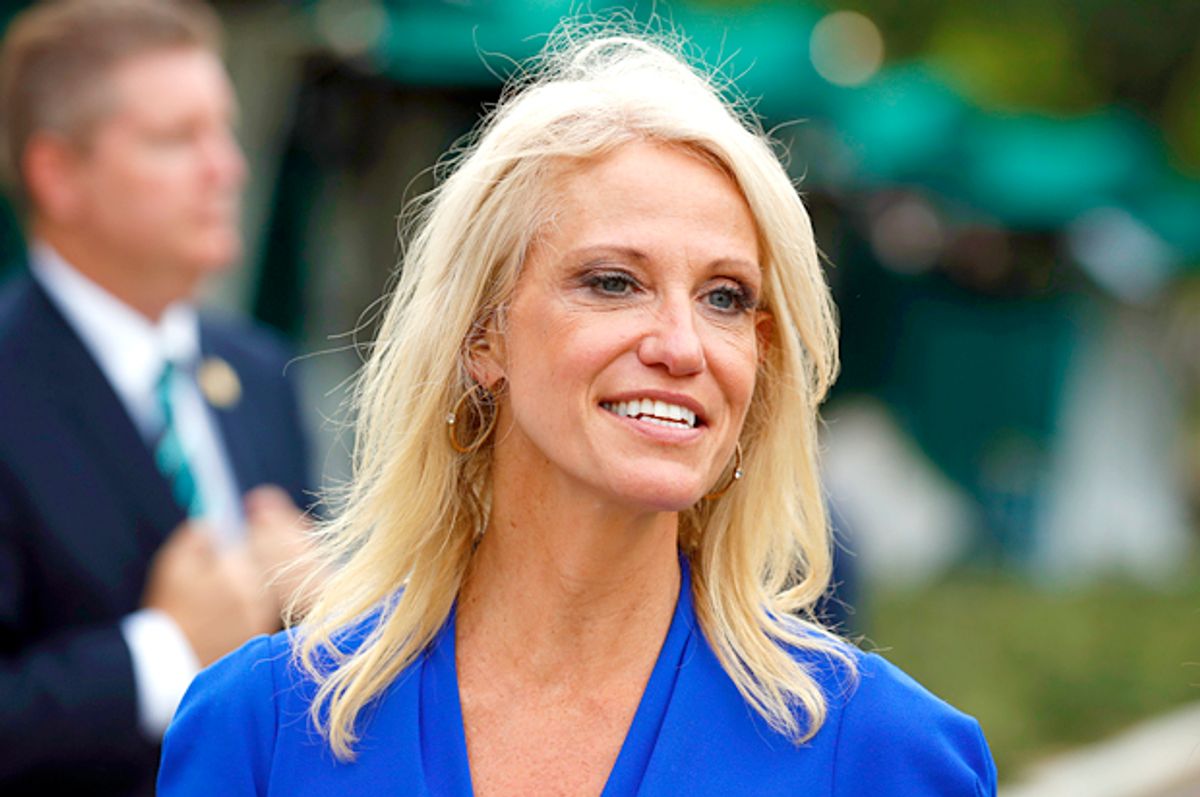 On Monday, White House adviser Kellyanne Conway inadvertently undermined President Donald Trump as she sought to defend him from critical remarks made by Sen. Bob Corker.

Corker and Trump have been in a feud since Sunday morning when Trump randomly decided to call out the Tennessee Republican as having "begged" for a presidential endorsement, which he did not receive.

"I would fully expect Corker to be a negative voice and stand in the way of our great agenda," Trump wrote. "Didn't have the guts to run!"

Corker swiftly responded to the insult on his own Twitter account, saying, "It's a shame the White House has become an adult day care center."

Clearly, the entire spat exists because of Trump. But to listen to Conway's appearance on "Fox and Friends" this morning, it is Corker who is to blame for the controversy, not the president.

As would be expected, co-host Brian Kilmeade encouraged that interpretation.

"What a demeaning tweet at the president," he said as he introduced the topic by reading from Corker's rejoinder.

"Well it is, and world leaders see that," Conway replied. "I find tweets like this to be incredibly irresponsible."

She continued, arguing that Corker was not treating Trump with the respect due to his office.

"It adds to the insulting that the mainstream media and the president's detractors ... to their ability and their cover to speak about the president of the United States in ways that no president should be talked about."

Neither Kilmeade nor Conway bothered to remark that the controversy was likely spurred by a Sunday "Fox and Friends" segment which attacked Corker for saying that he believed only a handful of senior White House officials were keeping Trump's impulses from provoking conflicts across the globe.

Corker reiterated and expanded on that sentiment in an interview with the New York Times after Trump's Twitter tirade.

“I know for a fact that every single day at the White House, it’s a situation of trying to contain him,” he told the Times.

“A lot of people think that there is some kind of ‘good cop, bad cop’ act underway, but that’s just not true,” he Corker said. “I know he has hurt, in several instances, he’s hurt us as it relates to negotiations that were underway by tweeting things out,” Mr. Corker said.