Gender norms are ingrained in kids at a very young age, all over the world 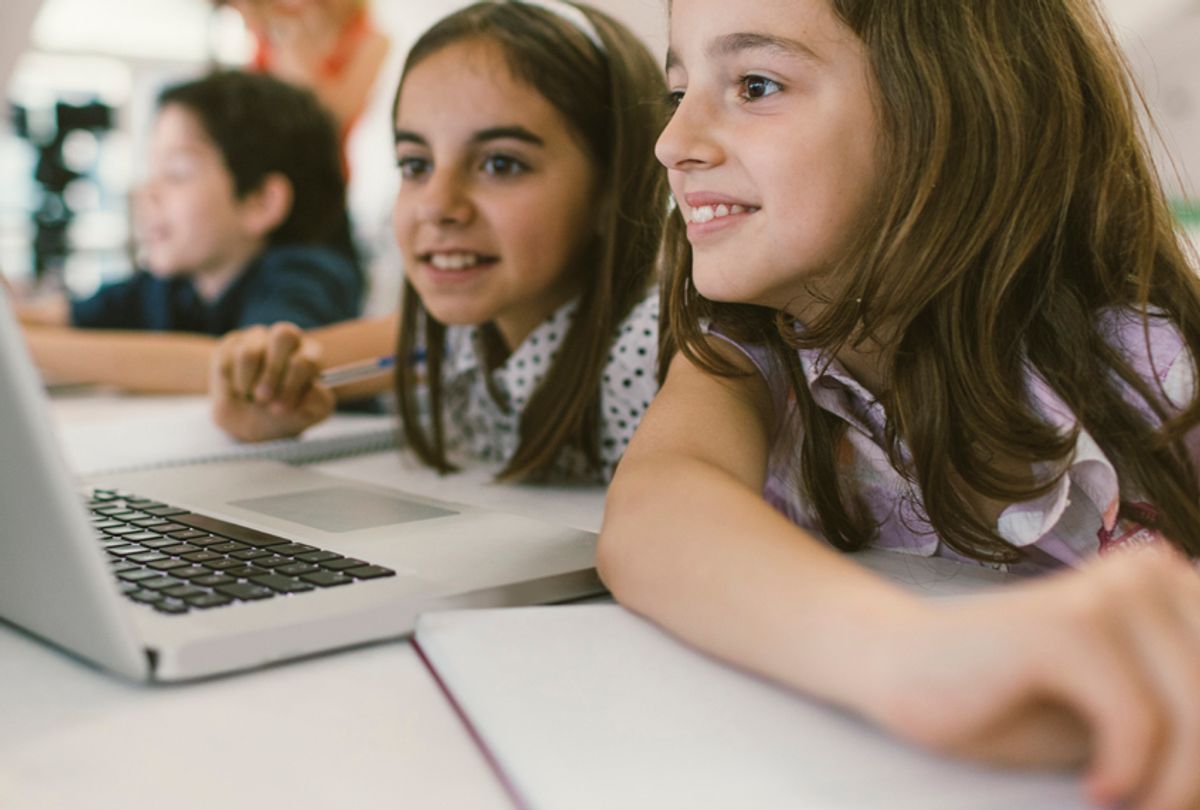 A new study by humanitarian organization Save the Children finds that a striking number of fourth graders in the United States and West Africa believe fathers rule the household, boys are smarter than girls and girls need less schooling than their male peers.

The findings are announced in conjunction with The International Day of the Girl on Oct. 11.

The survey asked fourth graders if they agreed with a series of questions about education and social dynamics between males and females. Starting from the most basic assumptions, in the U.S., 37 percent of fourth-grade boys believe that boys are smarter than girls. In West Africa, two-thirds of boys believed the same thing.

These assumptions may begin in the classroom, but they don’t end there. Ninety-four percent of boys and 92 percent of girls in Sierra Leone believe that the father is in charge of the home, and one-third of American kids agreed. In both Côte d’Ivoire and the U.S., two-thirds also believed women are better at childcare and domestic work.

When the kids leave the home, their social assumptions follow them still. Men are more equipped to be the boss at work, according to the assumptions of 17 percent of American children.

“These findings have been really useful because they put in concrete terms the kinds of issues that our teams who are on the ground every day dealing with these issues see,” said Jane Leer, Research Specialist in Save the Children’s Department of Education and Child Protection.

“What was surprising was that these norms were clearly in place from such an early age,” girls and boys age around 8 to 14. Leer is concerned that the children in the study are being socialized and internalizing the unequal gender norms.

The research was done as part of Save the Children’s program measuring the impact in areas of the world where they try to shift the views on gender equality in children. The data are based on a study of roles of girls in the classroom and society in the U.S. and the West African nations of Sierra Leone and Côte d’Ivoire.

“West Africa is one of the regions in the world where it’s most urgent that we focus on improving outcomes for girls and boys,” Leer said, since “West Africa has many of the countries where rates of child marriage are the highest, disparities in terms of primary and secondary enrollment are the highest, early and unwanted pregnancy and just discrimination more broadly."

Save the Children has found that a girl under 15 is married every seven seconds. International Day of the Girl highlights those barriers and attempts to inspire girls to reach a higher potential.

“West Africa is by no means the only place where we see these kinds of biased attitudes,” said Leer. Which is why they compared the study to the U.S.

"Girls are worth far more than what the world tells them,” said Carolyn Miles, president & CEO of Save the Children. “Globally, we know that girls are more likely than boys to miss out on school, experience violence and live in poverty. That is why we need to invest in their education and do everything possible to delay early marriage and motherhood. By providing children equal opportunities and access to learning, every girl can realize what she’s truly worth."